Purdue busting out Black Helmets for the Ohio State game?

Share All sharing options for: Purdue busting out Black Helmets for the Ohio State game?

Earlier today, Purdue Athletics released this image on the Facebook and Twitter, as well as through a couple emails (which I received through my old purdue.edu address): 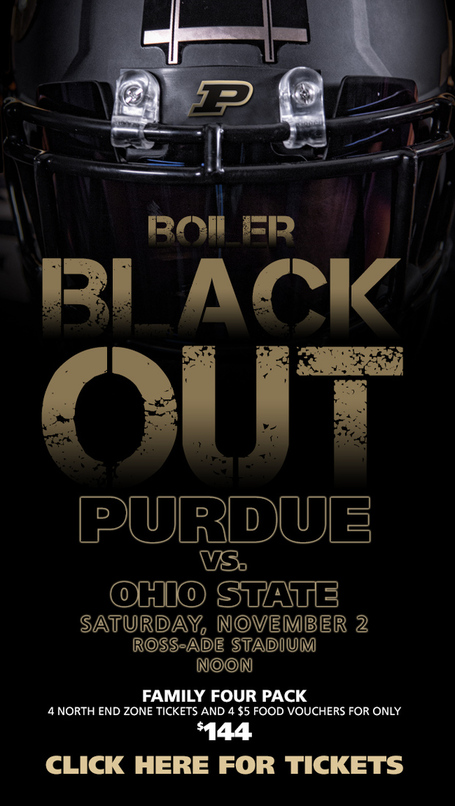 Is Purdue really going to use these helmets against Ohio State? Looks like they will be matte black helmets with railroad tracks running along the top. Basically, these might be one of the most BA helmets in the BCS this season. So hey, we have something going for us this season!

I can't tell if anything is official, but maybe we will get official word leading up to the game or maybe not until Saturday. Personally, I would have liked this for the Notre Dame game instead of a noon kick off. Maybe we're supposed to wear all black to mourn the 2013 season of Purdue football. After all, Ohio State is only a 31 point favorite.

What do you think of the helmets? Is Purdue really going to use these black helmets or are they just getting our hopes up? If they do use them, are they a good idea? Discuss.