Remembering Sean Matti: How You Can Help

Three years ago the Purdue family lost walk-on running back Sean Matti. Now his family needs help for a monument to remember him.

Share All sharing options for: Remembering Sean Matti: How You Can Help

Three years ago the Purdue football family was rocked when Sean Matti, a walk-on running back about to enter his final year at Purdue, tragically drowned in Lake Freeman north of West Lafayette. Since that time, Sean's father, has been a regular contact, e-mailing me and texting me to talk about Purdue football in order to deal with his grief. You may remember that it was here that he chose to contact in the immediate aftermath of Sean's death to tell his story.

Tonight he contacted me with the following letter:

I have a big favor to ask. I would rather not have to ask you, but I must.

We have been working on the monument for Sean's grave for 3 years now. Here is what it looks like today. 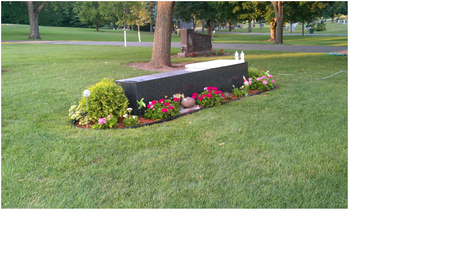 This is the base and it is 9ft long. The football is Sean's headstone. The remaining pieces to the monument include a bronze statue that will sit on top of a granite block that will look like the base but will only be 1/3rd as long. The completed monument will be 6ft tall.

The statue is the main reason I am contacting you. Here is the clay sculpture today. It is 3ft tall, 3ft wide and 2ft deep. 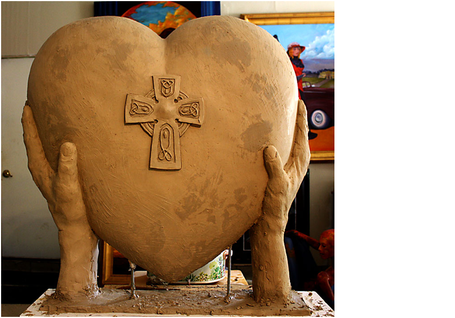 I commissioned Arthur Norby, who has created over a dozen monumental sculptures throughout the country over his forty year career; Including Minnesota's Korean War Veterans Memorial, the Minnesota Bridge and Iron Workers Memorial in St. Paul, and the monumental sculptural tribute in Windom, Minnesota, to ex-Green Bay Packer Larry Buhler. I paid him 3k at that time. Arthur is producing the statue at cost or it would cost twice as much. He has been relatively patient, but the time has come to move forward or not.

Travis we need help to do this we are max'd out from our loans for Sean's education, and all the expenses to date to bring Sean's monument to this point. I would appreciate it greatly if you would like to help us yourself or if you can find someone to help us with the statue; we need basically the whole 9k.

I asked a couple people years ago if they would help, but had no luck, and sadly I also found asking people for serious help like this is the fastest way to never hear from them again. I have pretty much given up on asking anyone for anything because of this.

I am now desperate at he end of my 1 month extension.  I need to have a plan soon, with serious money pretty much then, or I won't have a solid plan for the project and will have to give up. I can't and don't have the energy to drag this out anymore, and the sculptor won't let me either.

Obviously, this is very late in the game, but I have created a GoFundMe to see if there is a way we can come up with the cash for the Matti family. You don't have to give a lot, but if a lot give a small amount that will be great.

Just to get things going I will make sure that the first five people to give at the $100 level will receive a Defense Lives Here shirt from the H&R store. This is an all or nothing proposition too, so if we don't reach the goal your money comes back.

Here is the link to the GoFundMe. Let's see if we can help a Boiler out.

UPDATE: Mr. Matti contacted me today and said that the sculptor has now given him some additional time, and I hope to have further details later.