Compared to the rest of the week, it has been a slow day today. So slow that we noticed that who ever was running the Purdue Athletics Facebook page was having a little fun. 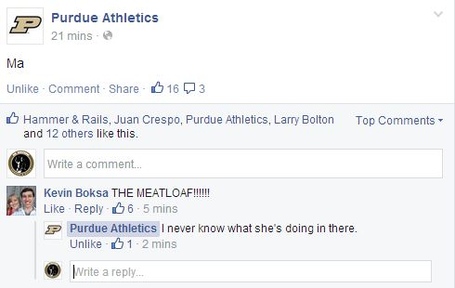 It looks like Burke broke into the liquid cabinet again and started watching Wedding Crashers. Can you blame him for celebrating though? He's probably celebrating the progress of the south end zone project and that Ross-Ade has a mostly green field again.

Burke, we're going to have to ask you to calm down over there. Let's not go too crazy yet. Save your party side for when Purdue beats an FBS team in football.