Purdue has released its first plan for the new South End Zone at Ross-Ade Stadium.

The planes to renovate the south end zone seating at Ross-Ade Stadium took a pretty big step on Saturday as the athletic department released the first rendering of their plans:

As the report there says, it is early in the design phase and I can see why the response is tepid at best. Basically, it is a new big screen above a seating structure that looks nice, but is rather generic. The south video board would be the width of the current playing field.

Of course, I am still an avid supporter of the train cars idea originally presented about a year ago here from reader Matt Wille: 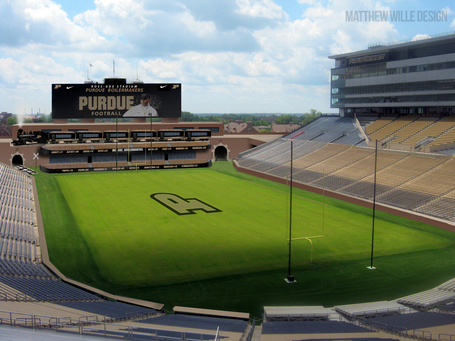 I am a fan of the exterior of the design released by the school, and if you look at this one closely the north end zone would have a new scoreboard and video board as well. It would reportedly be as large as the current video board: 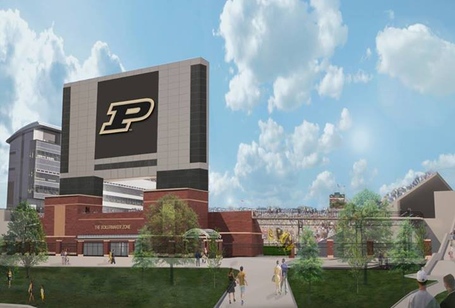 If the plans are still in the design phase there is still time. I urge people to contact the athletic department and make your voice hard for the Matt Wille design. Here are your contacts. Feel free to send them this post and the idea behind it, because I will. Let's make this happen!