Special thanks to @BoilermakerJM for coming up with these designs

Share All sharing options for: Purdue Harbor 2: Urban's Reckoning Has A Poster

As you know, Saturday Purdue hosts Ohio State for what I have dubbed Purdue Harbor 2: Urban's Reckoning. The original Purdue Harbor (as it was called by the excellent Ohio State site 11 Warriors)  came in 2009, when a 1-5 Boilermaker squad led by Ryan Kerrigan harassed Terrelle Pryor all afternoon long for a stunning 26-18 over the No. 7 rated Buckeyes. The win broke a Big Ten record 16-game road conference winning streak for Ohio State. It also came out of nowhere.

Ohio State has struggled at Purdue this century, entering Saturday on a two-game losing streak and with only a 2-4 record since 200. This will be their final game against the Boilermakers (barring a Big Ten Championship meeting) until 2018, so Purdue needs to leave them with a little parting gift. I recognize that this is all a lot of talk and Ohio State absolutely should have its way with Purdue, but we have thought that before. If Purdue loses big, as will likely happen, then this was just me poking a little fun thanks to a reader that designed these posters. If Purdue does stun Ohio State again, well, they're going to be glad we're not on the schedule for five more years.

Is it crazy to think a 1-6 team that hasn't had a competitive touchdown since September 28th has a chance of beating a team that has won 20 games in a row and is currently in the top 5? Yes, but that is why we play the games. If Purdue is going to come out and think it has no shot of winning well, we had better save them some time, call Columbus, and forfeit.

Instead, let's show them we're not afraid. We were a huge underdog last year and outplayed them for 59 minutes before completely blowing what would have been a huge upset. I can't explain it, but we're in their heads, especially in West Lafayette.

It even has two posters: 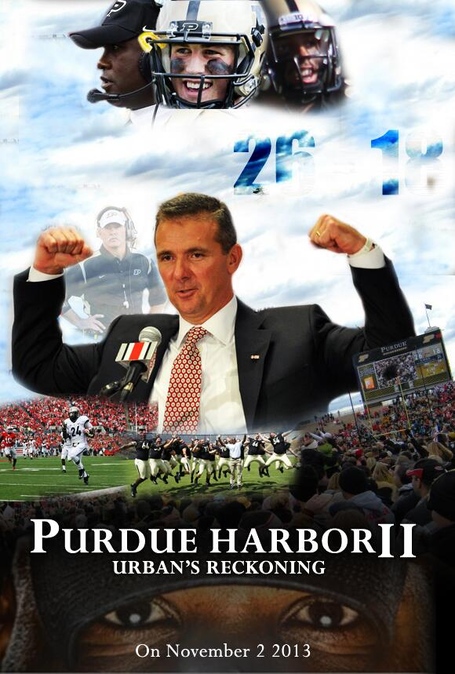 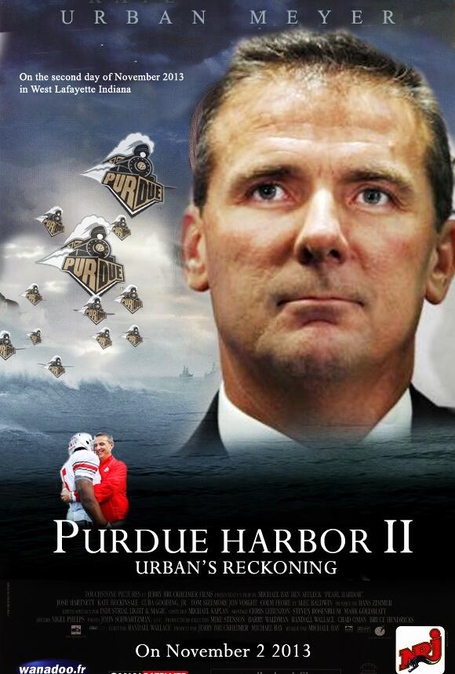