Boilermakings Is Still Looking For Lights

Share All sharing options for: Boilermakings Is Still Looking For Lights

I can't let the lights issue go, so I just want to make one point before getting into some links. Here are the BCS programs in each conference that have permanent lights at their stadium. As you can see, Purdue is well behind the rest of college football in this, an issue that regardless of you agree with Burke or not, is troubling. In college football if you're not improving, you're dying.

I'm not asking for seven 8pm kickoffs, either. This does allow for flexibility for those 3:30 mid-afternoon kickoffs, which at least meet Burke's approval according to the Michigan game this year.

As you can see, we're in a small minority. The Big 12, SEC, and Big East have a complete list. The ACC is missing only Boston College and the Pac-12 is missing California, which is incomplete because their stadium is currently undergoing a complete renovation almost from the ground up. So of all the BCS conference programs only seven do not have permanent lights, and only Purdue really goes out of its way to avoid night games. In a way, it is shocking that five of the seven stadiums without permanent lighting are in the Big Ten when that conference is awash in Rotel and Barbasol money: 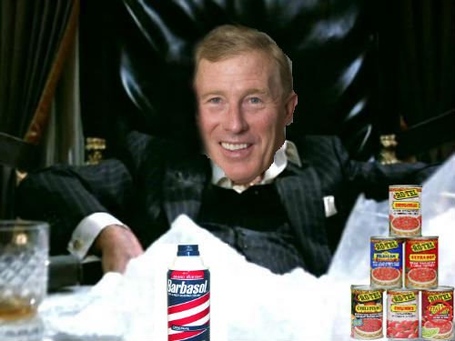 2012 Big Ten Baseball Tournament: Purdue Cleans Up Regular Season Awards - SB Nation Indiana
Kevin Plawecki gets Big Ten Player of the Year, Joe Haase gets Pitcher of the Year, and Doug Schreiber gets Coach of the Year. All firsts for the program.

Boiled Sports: Morgan Burke Wants You Home By Curfew
The BS guys are in agreement that Morgan Burke is detached when it comes to the lights issue.

PG 64: Projecting the NCAA field | Perfect Game USA
Perfect Game's most recent regional projection wants to ruin my marriage by sending the Hurricanes to our regional.

100 Days Countdown: Big Ten - Big Ten Blog - ESPN
Kawann Short is rated as the No. 7 player in the league.

2012 Missouri Valley Conference Baseball Tournament Day 2 Schedule - SB Nation Indiana
Not a good day for teams we needed to win to improve our RPI since we've beaten three of the four Tuesday losers.