Royal Rumble: Who Wins A Battle Between Big Ten Mascots?

Share All sharing options for: Royal Rumble: Who Wins A Battle Between Big Ten Mascots?

It's been awhile since I wrote something that could fall under the category of Batshit Insanity, but it's the offseason. that in and of itself leads to strange ideas, especially when given a boatload of time to write and the hindrance of writer's block.

The offseason is also the time when bloggers like me, while starved for content, start bouncing the absurd idea off the walls of our mind. One can only stare outside at a gorgeous spring day as I am trapped inside an office before the mind begins to wander. This leads to Power Rankings comparing the Big Ten to Anchorman and the vague idea of declaring blog war on Syracuse.

After that lengthy preamble, consider the rest of this entry just a few random neurons firing in my head. That's the only logical explanation for thinking, "What would happen if all 12 Big Ten mascots got in a fight to the death." Yes, The Hunger Games is the hot movie at the moment, so it may have had a hand in this, but any time you can have a hypothetical battle royale is a good one.

Before getting to out candidates, let's set some conditions:

With that in mind, here are candidates:

Advantages - Pete gets to bring the hammer in with him, as he is the only mascot that carries with him an item that can bet used as a weapon at all times.

Disadvantages - A gargantuan plastic head. Yes, all the other mascots have huge heads, but Pete's is the only one made out of plastic. If it gives way unlike soft plush, he's screwed.

First off, we have to decide what IU's mascot is. Rumor has it there was a buffalo at one time, but I don't see many buffalo around Indiana. When I was little, I asked my father what a Hoosier was. His response: "A hillbilly with the sense kicked out of him" Sounds good to me!

Advantages - Backwoods skills. Anything that happens in the woods stays in the woods, be it moonshine production, hunting, or the secret shrine do Cody Zeller covered by stitched-together game-worn red sweaters.

Disadvantages - It's 2012, which is no place for a hillbilly.

Advtanges - He's a friggin' Spartan! He has been bred for war.

Disadvantages - The dude is wearing a skirt. Advantages - Michigan does not have an official mascot on the sidelines, so, like Indiana, we have to come up with one. Ironically, both would make People of Wal-Mart proud in their craftiness. 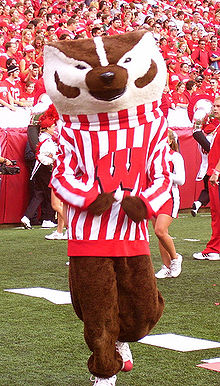 Advantages - He's a freakin' Badger, so I am thinking claws and teeth.

Disadvantages - Very few, as we know the Honey Badger doesn't give a shit. 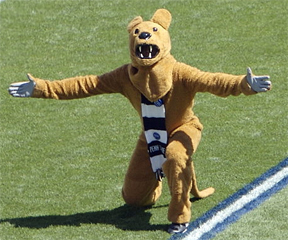 Advantages - He can probably "win the crowd" more than anyone else, as his crowd warm-up before the Purdue-Penn State game last season was one of the cooler traditions I have seen in college football.

Disadvantages - How do I put this lightly... He's still not comfortable being around kids, but this is a fight to the death, so I guess it already isn't kid friendly 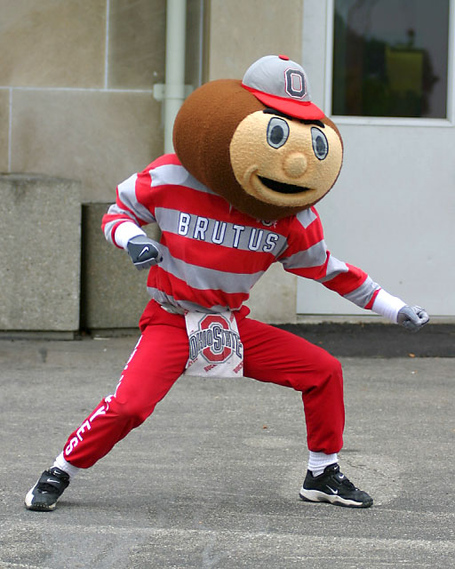 Advantages - I'm not really sure. He's just a nut. 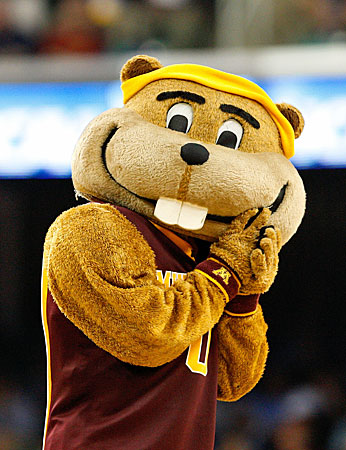 Advantages - A natural burrower that can undermine via tunnel.

Disadvantages - The head-spin thing is a little creepy. 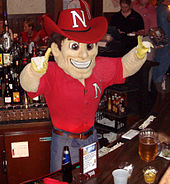 Disadvantages - I'm not sure, as those crazy eyes scare me. 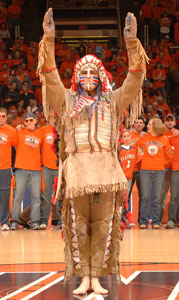 Advantages - He's resourceful with many things.

Disadvantages - apparently a white kid dressing and dancing like a Native American is offensive.

Advantages - Like Bucky, I'll go with the claws and teeth angle.

Disadvantages - Like his basketball program, it is hard to take that face seriously. 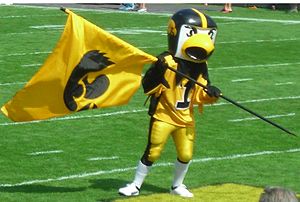 Advantages - He can fly, so there is nothing stopping him from flying above and waiting for the carnage to subside.

Disadvantages - The site of Pete could cause their insane bloodlust to take over and they take each other out in 5 seconds because of the OMHR factor.

So who wins? Have it out in the comments!