It was graduation day in West Lafayette. That's appropriate, as our much maligned baseball program, which has been so close to a breakthrough in recent years, finally graduated into the ranks of champions. Saturday afternoon our Boilers pounded Michigan, a long-time Big Ten baseball bully, for 17 hits, 11 walks, and 14 runs in a convincing 14-3 victory.

Lance Breedlove was nearly flawless, giving up a leadoff bunt single to Patrick Biondi. Biondi was caught stealing in the inning, and Breedlove proceeded to retire the next 20 batters before leaving the game with a 12-0 lead after seven innings. Andrew Quinnette got roughed up for a single, home run, and double, but Sean Collins pitched a flawless two innings to close out the win.

At the plate, Purdue scored in every inning except the first. Cameron Perkins had a solo home run and three RBI. Ryan bridges got the scoring started with a bases loaded two-run single in the second. Kevin Plawecki and Barrett Serrato each had three hits and two runs scored.

More importantly, Purdue clinched at least a share of its first Big Ten championship in 103 years. At 39-9, 16-4, Purdue is a lock for the NCAA Tournament and will likely host at least a regional. Purdue can claim the outright title tomorrow with a win.

Best of all, many baseball alums were in attendance today to see the fruits of the program finally payoff. perhaps our greatest baseball alum, former Padre Archi Cianfrocco, was there to see his son, Angelo. Cianfrocco played in the 1998 World Series and had his massive Padres NL champs ring on.

Here are some photos from the day, as well as a video showing the future of Purdue baseball. 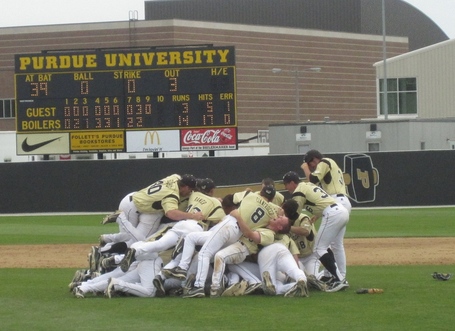 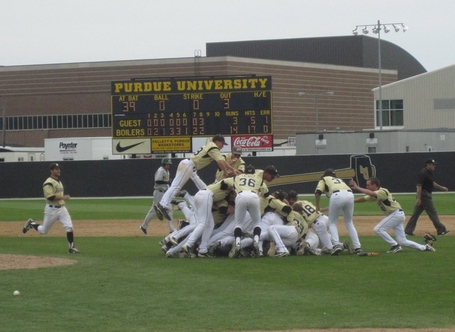 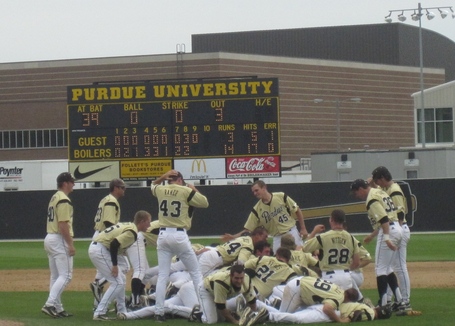 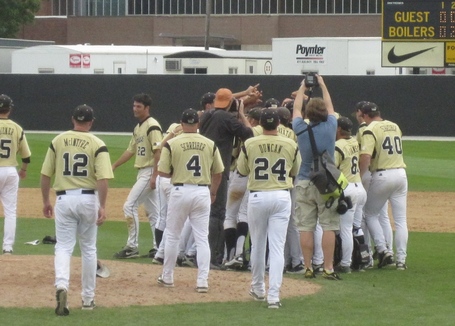 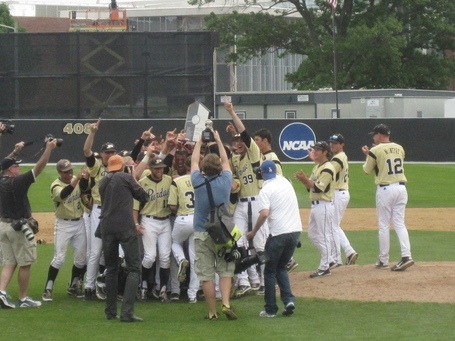 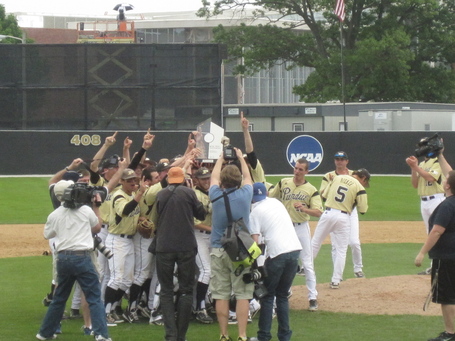