Share All sharing options for: Boilermakers take 2 out of 3 from Cornhuskers in first ever trip to Nebraska

Man, was I really looking forward to this road trip. Let’s just say that the team isn’t not very fond of the Cornhuskers, and it didn’t help that they had a feature on ESPN.com with little mention of the Boilermakers.

We headed for the Chicago Midway airport at noon on Thursday (we originally were going to bus the whole way) and flew in to Omaha around 5 p.m. From there we bused to Lincoln, and saw TD Ameritrade Park, home of the College World Series. 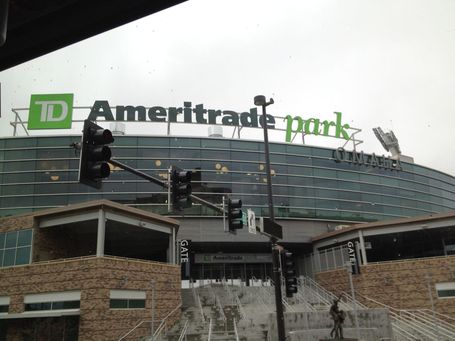 Friday’s game was very exciting, as the announced crowd of 4,500 seemed to be a little closer to 7,000. I was also excited because the game was on Big Ten Network, which meant I didn’t have to take video and instead spent the game in the dugout taking in the experience and not taking game notes like I usually do.

Senior Joe Haase gave up 5 runs in 4 1/3 innings, and left with the game tied at 5 a piece. Senior Blake Mascarello came in from the bullpen, and after walking his first batter, retired the next 13 to get his 7th win on the season as the Boilermakers took game 1, 8-5. Purdue improved their record to 30-5 on the season, and 11-2 in the Big Ten.

Notes from the dugout: every time the opposing team switches pitchers, some of the guys have an "energy meeting." Basically they talk a bit of trash to keep up the energy (obviously) in the dugout, and maybe get in the pitcher’s head a little bit. It was a fun experience that I look forward to enjoying once we are on Big Ten Network again vs. Michigan in 3 weeks.

Game 2 brought me back to my usual spot – behind home plate surrounded by 6,500 rowdy Nebraska fans. Man, are they brutal…they love heckling the umpire after every single call. Regardless, the Boilermakers continued their usual scoring in the first inning, as Junior Kevin Plawecki hit a 2-RBI double with 1 out after Senior Eric Charles and Junior Cameron Perkins reached on a walk and an error, respectively. 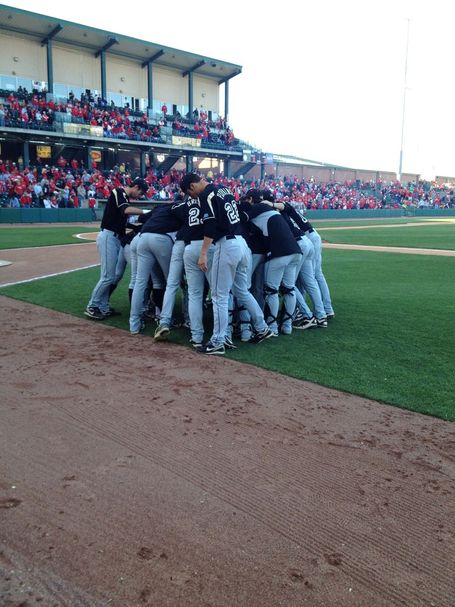 Nebraska responded with a run in the bottom of the 2nd with a sac fly, and in the top of the 3rd the Boilermakers would get an RBI single from Senior Barrett Serrato, taking a 3-1 lead. After that, the Boilers would fail to score for the rest of the game.

Nebraska was able to score due to some timely hitting and some costly errors by the Boilermakers, (they committed 3 in the game) and the pitching wasn’t there like it had been during the 10 game win streak. Nebraska had a big inning in the bottom of the 6th, scoring 5 runs off of 5 hits, including a solo homerun. They ended up taking game 2 by a final score of 8-3, evening up the series at 1 game each.

Afterwards, the team headed back to the hotel, and word got around that a certain White Sox pitcher (who the heck is Phil Humber?) had a perfect game through 7 innings against the Seattle Mariners. Needless to say, I was EXTREMELY excited because I’m a White Sox fan and was actually at Mark Buehrle’s perfect game back in 2009. I was so engrossed in the game that by the time I remembered to order lunch for the next day, the restaurant was already closed.

Game 3 marked the first time on the season that the Boilermakers faced a true rubber match. Freshman Connor Podkul took the mound, and surrendered 3 runs in 5 1/3 innings pitched. His only rough inning was the bottom of the 4th, in which Nebraska was able to load the bases with no outs and score 3 runs. Senior Nick Wittgren came in and retired the next 2 batters, limiting the Cornhusker’s damage. That would end up being the only runs Nebraska scored all game. 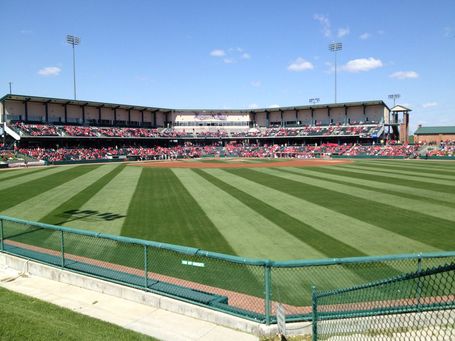 In the top of the 4th inning, Senior Ryan Bridges connected for an RBI single, and Senior David Miller hit a 3 run homerun over the bullpen in right field to give Purdue the 6-0 lead. They also added 1 one in each the 7th and 9th innings thanks to RBI singles from Juniors Kevin Plawecki and Cameron Perkins. Wittgren closed out the game, pitching the final 3 2/3 (his longest outing of the year) and consistently hitting 92 mph on the radar gun. The victory put the Boilermakers at 31-6, (12-3 Big Ten) with a sizeable lead in the conference ahead of Minnesota (23-19, 7-5 Big Ten) and Michigan State (26-13, 7-5 Big Ten).