Share All sharing options for: More YouTubes From Miami

Yes, of course I took the Contour camera for YouTube reports from Miami. While issues with my laptop prevented me from posting what I wanted to post from down there, I was able to create a pair of video updates. The first features the glory of the Florida Keys as I discuss the 2012 Big Ten Tournament:

The second is a little bit different. Tuesday night Mrs. T-Mill and I were honored to be among the first guests at the brand new Marlins Park in Little Havana. Mrs. T-Mill was at the very first Marlins game in franchise history in 1993, and This stadium has been a long time coming, and even though it broke her heart to see the Orange Bowl get torn down, at least they were able to give the Marlins their own home as a result.

Well, it was good, until they decided to put up this home run... thing: 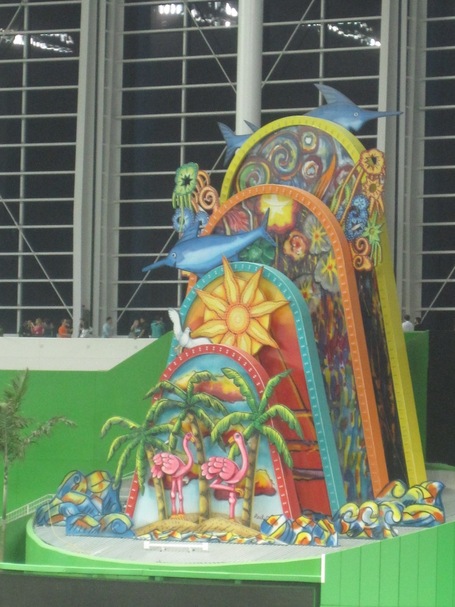 As you can see, I have a few reactions: