Hate Week Is Here! Our MOST HATED Rival Awaits

The intense hatred between Iowa and Purdue boils over once again.

Share All sharing options for: Hate Week Is Here! Our MOST HATED Rival Awaits

Your resident loser, according to Danny Hope, is turning the tables. Based on this quote, I am "a loser on the outside":

#Purdue coach Danny Hope on Internet criticism: 'It's hard to focus on being winners if you worry about losers on the outside.'

Well, it's time turn things around and make us winners! What better way to remind us that this weekend the hate renews with OUR MOST HATED RIVAL!

Just thinking about the University of Iowa makes me start throwing chairs around my office in a fit of bloodlust. Remember last year:

Forget Indiana-Purdue, Ohio State-Michigan, or even the new heroes game. Here is a rivalry so bitter that Jim Delaney himself ordered a two-year cooling off period in 2009 and 2010 as he feared it would spill over into an all-out war. Our rampaging armies of engineers would spill across the state of Illinois while our school of aviation would battle clones of Nile Kinnick resurrected by the necromancy department of the Iowa Med School in the skies over Chicago. Eventually, our nuclear engineering department would have to nuke Iowa City. Remember that folks: We (especially reader Boilernuke) can make The Bomb.

Well, if the nuclear option needs to be used BoilerPaulie is a nuclear engineer and will be on Iowa's campus this weekend with a method of delivery.

In this time of tense stalemate between fanbases that are pissed off at football coaches it is important to remember why we hate the University of Iowa so much. 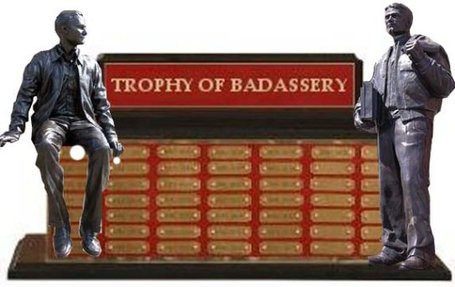 So, say what you want about Danny hope, but we MUST prevail on Saturday! We must rally around coach Hope and send him and the team the positive energy and good feelings that they request since it is clearly our negativity that is bringing everyone down! Be vigilant, for there are spies everywhere!