Terrelle Pryor: A Man With Options

Share All sharing options for: Terrelle Pryor: A Man With Options

I feel I am an authority on what Terrelle Pryor should do next. I am the resident blogger for Ryan Kerrigan, a player that absolutely owned him on the football field over the last few seasons, so it is with Superman's permission that Pryor moves toward the next stage of his career. He recently announced that he is not interested in pursuing a CFL career (where undoubtedly he'd be outdone by Joey Elliot) because he prefers to try for the NFL. That is a risky proposition. The NFL doesn't seem interested in ending the now infamous lockout anytime soon (even if they have no problem keeping my Colts season tickets check). Everyone will be out of work this fall if something isn't done soon.

So what is a guy like Pryor to do? Fortunately, Ohio State University is a world renowned institution of higher learning. It is among the top 130 universities in the world and one of the top 20 public universities in the United States. Its alumni are distinguished in the fields of law, academia, government, science, the arts, and even serial killing (Jeffrey Dahmer, anyone?). A prestigious degree from Ohio State can jump start a career, and since most of the guys in the NFL will soon have to fall back on their academic careers, it is time for Pryor to do the same. 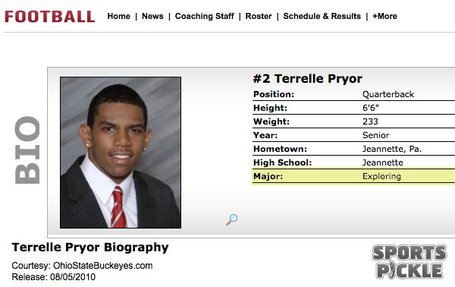 While Pryor has not completed his degree, he has been studying the exciting field of Exploring for the past three years when not concentrating on football. Ohio State lists this major as the following:

College is a time of transition and exploration. By exploring academic options you can expand your horizons as a new Ohio State student. While you enter the university with a solid academic background, we offer an amazing variety of majors, minors, specializations, and programs for you to examine and pursue. If you want to investigate your academic options before making a commitment to a specific major, the Exploration Program is perfect for you.

Students choose to explore academic options for a variety of reasons. Some students have so many interests and abilities that limiting choices seems troublesome. Other students have narrowed the choices to two or three, but want more in-depth information before making a final choice. Still others are uncertain about majors or careers and want to sample the academic variety available before choosing. Exploration students often pursue double majors or major and minor combinations that reflect their high academic ability. For all of these types of students, the Exploration Program is the best starting place.

We can assume that Pryor was exploring a way to get away from Kerrigan, especially since he sacked him six times and forced a few fumbles during his career against Pryor. To do discover that secret, Pryor will need to go to the ends of the earth for a solution. While doing so, he will likely find career advice and seek a long term career much like the following legendary explorers: 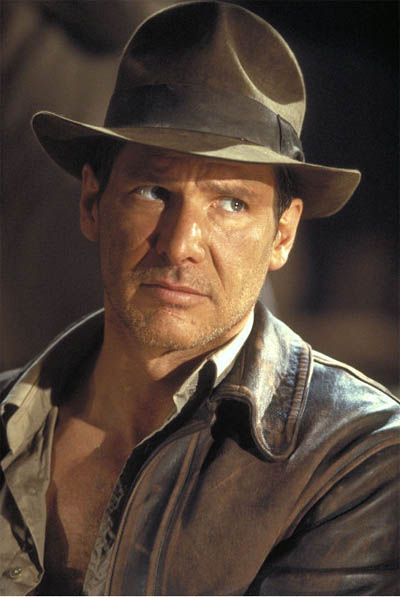 Indiana Jones is the most famous explorer of our day, and a guy that should be a Purdue alum because he is a badass. He successfully defeated the Nazis single-handedly on two occasions (with an assist from God Himself) and he fought Communism despite being in his 60's. He also flew the Millennium Falcon and later became both head of the CIA and President of the United States. It's not a bad gig, if you can get it.

Who can blame Pryor for wanting to become and explorer when Indiana Jones is an inspiration Just imagine the tattoos he could get when he gets to pay with ancient Incan gold or other historical artifact? He can also pay for all those cars (even the tank from The Last Crusade) to put in the garage of his phat mansion. We never see it on screen, but Indiana Jones has to be insanely wealthy to be able to travel all over the world at a moment's notice in the 1930's during the midst of a world-wide financial depression. Obviously, Pryor has been preparing for this travel. He can successfully afford several cars despite not having a job (as far as we know). Clearly his golf outings with Dennis Talbott were practice expeditions in exploring. There is sand (deserts), Trees (jungles), grass (savannahs), hills (mountains) and the high class of the 19th hole. It is the perfect training ground. 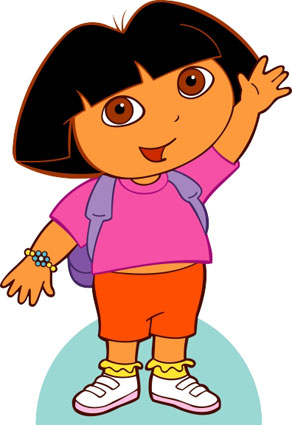 Indiana Jones is pretty cool because he is able to explore the world, but he is a grown adult. Dora is a seven-year-old Latina with a heart of gold that has a magic map. This map helps her go all over the world and defeat a mischievous fox that she somehow never gets angry with. Most of all, she has Backpack, something that Pryor greatly needs.

You see, backpack always produces exactly what Dora needs in regards to her mission. Can you imagine if Pryor had this backpack? If someone questions him about his tattoos, then BOOM, he can produce receipts. Questions about the cars? BOOM! A signed title in his name with record of full purchase. Questions about memorabilia? BOOM! Suddenly the backpack produces wads of cash. Not only could Pryor become a great explorer with these tools, he would be welcomed back to Ohio State with open arms as their Director of Football Recruiting. 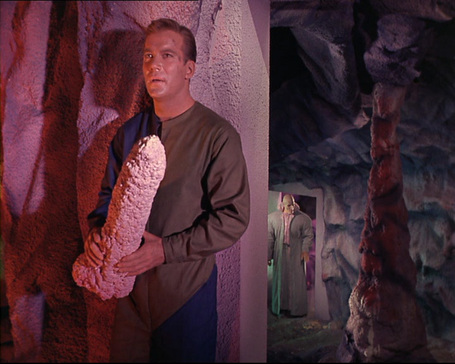 First of all, all those cars pale in comparison to being in charge of the U.S.S. Enterprise. I am not even referring to the U.S. nuclear powered Aircraft Carrier currently in service. I'm referring to the famous starship with all the speed and kickasaability of the original enterprise. Trekkies would love Pryor because he's the more badassed captain that, in their eyes, can kick Picard's ass all over the galaxy. Pryor can go where literally go where no man has gone before.

Unfortunately, we have all seen what happens when Pryor is in charge of the Ohio State offense, let alone a starship with all the power it entails. Most of the time things are fine, even exciting. Every now and then you have a Purdue Harbor happen, where Pryor would surely attack the Vulcan homeworld just because he felt like he could. 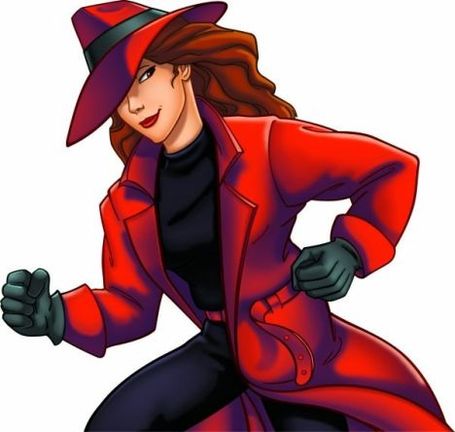 Terrelle Pryor has been used to having the best teammates that can be recruited to Columbus. In fact, these teammates were often so good that he would occasionally be the weak link to the offense. Following in Carmen Sandiego's footsteps and having her same inept henchmen would be a lot like having the sieve of an offensive line that he did against Purdue two years ago.

Still, Carmen Sandiego was famous for stealing some of the most well known landmarks around the world, so that would definitely appeal to a man with refined tastes like Pryor. Why buy a Ferrari when you can steal the Ferrari factory right from Italy? 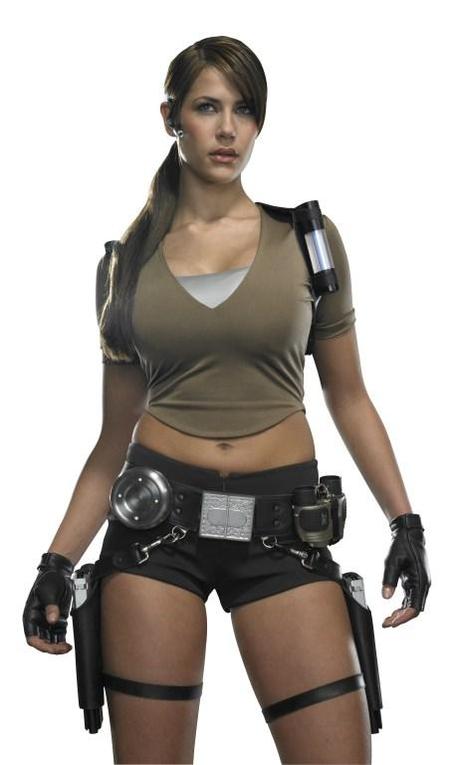 Lara Croft is the sex symbol of the gaming industry, with millions of nerds around the world lusting after a fictional character. Pryor can relate, since he has had millions of Buckeye fans lusting after him for years. Before that, it was football coaches trying to recruit him out of high school. He is well suited toward handling that demand of being like Lara Croft.

The tomb raiding skills are also handy because he can find places to hide all the artifacts that he finds as Indiana Jones or Carmen Sandiego. Many of these tombs have been undisturbed for eons, but with the advanced problem solving skills of being Lara Croft he can break in, hide his stuff, then seal it back up safely because no one else is able to figure it out. 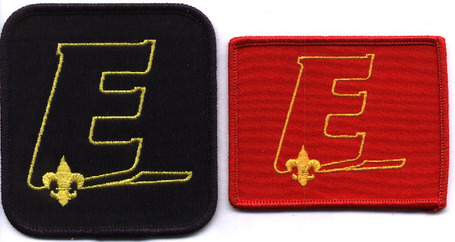 A Boy Scout must be Trustworthy, Loyal, Helpful, Friendly, Courteous, Kind, Obedient, Cheerful, Thrifty, Brave, Clean and Reverent. Let's break them down one by one.

Trustworthy - I don't think so, not when he has lied multiple times to investigators.

Loyal - He sold the famous Gold Pants. What does that say about loyalty?

Helpful - He helped in the destruction of Ohio State football.

Courteous - Does it count if he was nice to his tattoo artist?

Kind - I am sure his car dealer thinks he is kind for all his business.

Obedient - Nope, not when he couldn't follow the rules.

Thrifty - I have to give him this one. Thousands of dollars for a signature is very frugal.

Brave - Not when he is constantly running from Kerrigan in fear.

Clean - Hard to be clean when he's tackled all the time.

Reverent - He is probably praying that NFL lockout ends soon.

On second thought, this is probably the one area of exploring that Pryor couldn't successful. As an Eagle Scout I wouldn't want him in my fraternity of Eagles anyway.