Is Purdue cursed in the NCAA Men's Basketball Tournament? In the summer of 1969 Purdue was on top of the world. The Boilermakers made it to the National Championship game that spring in its first ever NCAA Tournament appearance. Rick Mount was one of the best players in college basketball. Neil Armstrong was ready to walk on the Moon.

Purdue has not been back to those heights since. It could be argued that the 1969 team could be considered National Champion since it lost to John Wooden's great UCLA squad in the midst of 10 championship in 12 years. At the time, everyone else was playing for second place compared to UCLA. It's a weak argument, but I'll take what I can get.

There has to be dark forces at work. How else do you explain that a program built on hard work and with more Big Ten championships than any other school, a winning record against each big Ten school, and 24 (soon to be 25) consensus All-Americans does not have an NCAA Tournament championship.

There are given reasons for each time we have come up short, but this is the real story behind each of our previous 24 NCAA appearances, with the hope that naming the real reasons will break the curse and make the 25th time the charm.

1969 - Lost to UCLA 92-72 in National Final - Sure, the given reason was that we ran into Lew Alindor in his final of three straight seasons of being the tournament's Most Outstanding Player, but the fix was in from the beginning. Rick Mount never had a chance because we were going against John Wooden, and no one can upstage the genius that is John Wooden. Having his alma mater end his run would have disgraced him as a coach, so we laid down and let him get his fifth NCAA championship, and third in a row. Wooden becomes the first (and so far only) coach to win five NCAA titles. We were glad to let him.

1977 - Lost to North Carolina 69-66 in Mideast Region First Round - The evil god of NCAA tournament committees takes out his first vengeance on Purdue, sending a 19-8 team that swept Indiana to Raleigh, NC to open the tournament. As we know, ACC teams are forbidden to lose on ACC soil in the NCAA Tournament. I think that is NCAA bylaw 24, paragraph 12, line 3, seats 4 & 5.

1980 - Lost to UCLA 67-62 in National Semifinal - This was seemingly the perfect run. Purdue advanced to its second Final Four in three appearances by downing Indiana along the way. The Final Four is even played in Indianapolis, so it should have been a slam dunk. So how did we lose? UCLA cheated. Really! Look it up! UCLA later vacated this appearance when players were declared ineligible. Did we get to play Louisville for the title? Of course not!

1983 - Lost to Arkansas 78-68 in Mideast Region Second Round - Purdue barely survives a 12/5 game with Robert Morris before falling victim to Arkansas. I blame the extra rest that the Razorbacks had, as this was one of the final 48 team tournaments.

1984 - Lost to Memphis State 66-48 in Midwest Region First Round - The evil god of NCAA tournament committees takes vengeance upon Purdue again. Way to reward a solid season that earns a three seed by making that team play a freaking road game in round one!

1985 - Lost to Auburn 59-58 in Midwest Region First Round - This one is clearly Digger Phelps' fault. For years he dodged playing Purdue, but the Boilers get placed in the NCAA Tournament first round as a six seed as the good NCAA Selection god decides to make up for the previous season. Digger can't take it, however, and he sabotages Purdue's late attempt at victory.

1986 - Lost to LSU 94-87 (3OT) in Southeast Region First Round - The evil Selection god is back, sentencing us to another road game despite being the higher seed in the opening round. A bad batch of gumbo prevents Todd Mitchell from winning the game in regulation. Haley's Comet is also at fault, as is mourning from our Astronaut alumni over the Challenger disaster just sending bad karma around the entire University.

1987 - Lost to Florida 85-66 in East Region Second Round - Purdue finally wins a first round game, but the hometown Syracuse fans are able to see 23 years into the future. They sabotage Purdue's run as a 3 seed and Big Ten champions because I would call the hometown orange overrated in 2010. Bob Knight also gets involved. He knew that the Boilers would have defeated Syracuse in the Sweet 16 and would have blocked Keith Smart's game winning shot in the championship game. Sick and f***ing tired of losing to Purdue, he makes this loss part of his deal with the Devil.

1988 - Lost to Kansas State 73-70 in Midwest Region Sweet 16 - Despite having a big lead, Gene Keady just doesn't have it in him to beat his alma mater. He had done so already that season, and with lowly 6 seed Kansas waiting in the Elite Eight he thought it would look too easy if Purdue waltzed to the championship. Larry Brown goes on to win the championship, despite coaching for 15 different teams over the course of the season, including a halftime switch from Oklahoma to Kansas in the title game.

1990 - Lost to Texas 73-72 in Midwest Region Second Round - I blame the mafia for this one. How else do you explain Steve Scheffler hitting the game winner as time expires, only to have it waived off. This was with Purdue playing at the RCA Dome and a very young me watching from nosebleed seats. To this day I say Scheffler got the shot off in time, but Purdue loses as a two seed to a 10 seed.

1991 - Lost to Temple 80-63 in East Region First Round - Bill Cosby, at the height of his power, declares Temple needs to make this run. His star in Hollywood is big enough to get them all the way to the Elite Eight as ratings for the Cosby Show reach all-time highs.

1993 - Lost to Rhode Island 74-68 in East Region First Round - Janet Reno is sworn in as Attorney General days before the NCAA Tournament and her crack handling of investigative powers later result in the Luther Clay situation. The Great Blizzard of 1993 also messes things up, as we have to fight through the snow with Glenn Robinson pulling the team bus through the snow, badass that he is. Exhausted, he only scores 36 points in the loss. To date this is Purdue's last first round NCAA Tournament loss. Purdue is also undone by the news that Matt Painter would transfer to Coast University. 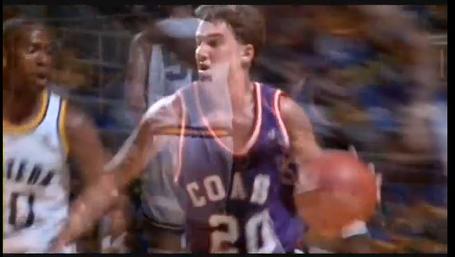 Painter was a great player after his transfer

1994 - Lost to Duke 69-60 in Southeast Region Final - The Big Dog just crapped himself. How else do you explain him going for 44 after scoring 31 in each of our first two tournament games only to have Matt Freaking Waddell be our leading scorer with only 16 in this one? That, and Coach K also has a deal with the Devil that includes beating us in all possible NCAA Tourney meetings. We could have won still, but Coach Keady made his deal with Pan, the god of goatherders.

1995 - Lost to Memphis 75-73 in Midwest Region Second Round - The evil selection committee god strikes again, penalizing us as Big Ten champs with a freaking three seed and sending us to Texas, which is much closer to Memphis. We barely survive Wisconsin-Green bay before losing this one.

1996 - Lost to Georgia 76-69 in West Region Second Round - Awarded a 1 seed in the West despite a third straight Big Ten Championship, Purdue nearly becomes the first 1 seed to fall to a 16 seed when Western Carolina's two three point attempts fall short in the last 10 seconds of a 73-71 first round game. Angered, the Catamounts (who were clearly ringers disguised as a 16 seed) break into Georgia's hotel, steal their uniforms, and finish the job.

1997 - Lost to Kansas 75-61 in Southeast Region Second Round - Space Jam, the Christmas season's runaway movie hit before the season, inspired Kansas to highjack the talents of the best players in the NBA like the movie. We try a similar tactic, only to get Matt ten Dam.

1998 - Lost to Stanford 67-59 in Midwest Region Sweet 16 - The nerds at Stanford, in a prank reminiscent of when they stole the Axe from Cal, abduct Brian Cardinal before the game. Purdue loses.

1999 - Lost to Temple 77-55 in East Region Sweet 16 - Purdue was lucky as hell to get in this tournament, but upsets Texas and Miami to get to the Sweet 16. Cosby wrecks his vengeance once again, coating our end of the court with melted jell-o pudding pops.

2000 - Lost to Wisconsin 64-60 in West Region Final - Gene Keady's second and final Elite Eight team had a broken bracket set up perfectly for them, but alas, the cheese consumed by Wisconsin's hoardes is not made by goat's milk, rendering his deal with Pan useless.

2003 - Lost to Texas 77-67 in South Region Second Round- Gene Keady's final NCAA Tournament team leads #1 seed Texas at halftime, but we somehow lost to a Rick Barnes coached team. The rest of Keady's career is cursed with his stink as Purdue slide into oblivion in his final years.

2007 - Lost to Florida 74-67 in Midwest Region Second Round - It takes the defending National Champions with three NBA lottery picks to defeat the Freshman Kramer and Carl Landry. Clearly, Kramer didn't understand he was a demi-god yet.

2008 - Lost to Xavier 85-78 in West Region Second Round - Clearly Scott Martin knew he was departing to the Dark Side Notre Dame after this game, and he brought us down from the inside Anakin Skywalker-style.

2009 - Lost to Connecticut 72-60 in West Region Sweet 16 - I'd like to say that Jim Calhoun runs a clean program, but that would be the biggest stretch in this entire article. This was also the last time Hasheem Thabeet played a competent basketball game.

2010 - Lost to Duke 70-57 in South Region Sweet 16 - The curse of Robbie's knee, caused the by the evil floor in the Barn that was hewn from Pine Trees grown in a forest planted on an Indian Burial Ground and irrigated with the blood of condemned criminals to infuse the wood with their lost souls.