Greetings from Detroit! We're coming to you live from the Hampton Inn in Madison Heights where it is only $60 for a stay with a free kickass breakfast. Your wealthy alumni can have your downtown hotels with a concierge service and nearby casinos. I'll take the free breakfast (you're damn right they have waffles!) provided by the good folks at Hampton Inn because that's what I can afford on my writer's salary.

The plan for the day is simple: head downtown to enjoy the bowl atmosphere as much as possible when it is snowing, then head back to Indy tonight after the game. So far this has been a good trip. Yes, the Rose Bowl offers Universal Studios and Disneyland, but Detroit offers Canada: home of Cuban cigars, poutine, strippers, and duty-free liquor (48 hour stays only).

Mrs. T-Mill and I headed to the Great White North yesterday for a few hours just for the hell of it. Ironically, the Great White North is south of Detroit, as Windsor, Ontario is the only place where you can cross south into Canada from the US. It was Boxing Day in Canada, which is code for "virtually everything is closed". When you're crossing over to Canada via the Ambassador Bridge do not be alarmed that the exit after the bridge is labeled Mexicantown. You did not go the wrong way.

Apparently the Canadian government has me on some kind of list because border officials gave me the third degree for wanting to visit their country for just a few hours. It was a lovely trip to the land of the Caesars Windsor , Cuban cigars, and poutine. The country had done a good job of cleaning up from the Canadian-American War of 1999. No, I did not try the poutine, and yes, I should have gotten a Cuban cigar. I would have had to smoke it in Windsor, however, because coming back to the sweet, sweet air of freedom in the U.S. got the third degree agree because I couldn't hear the mumbling questions from the U.S. Border guard. It's a good thing I didn't mention that Mrs. T-Mill is Colombian, though born in he U.S.

Once back in America (F*CK YEAH!) it was time to get my credential and head to Greektown. There were lots of fellow Boilers about in downtown Detroit, with Greektown seemingly the epicenter. We watched Drew Brees add to his Hall of Fame resume, and headed to bed.

So that is your Detroit bowl trip so far. Today the Broncos of Western Michigan come calling. Thank goodness it is indoors, because it is now snowing. Take that, Southern California! to close, here are some pics from the Great White North: 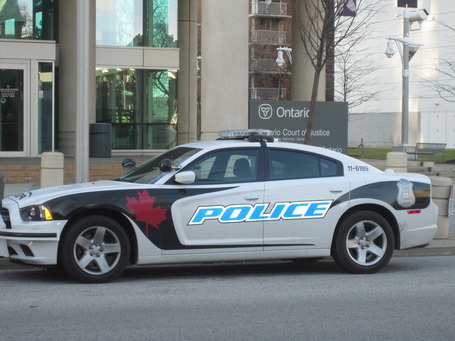 Do you have a maple leaf on your cop cars? 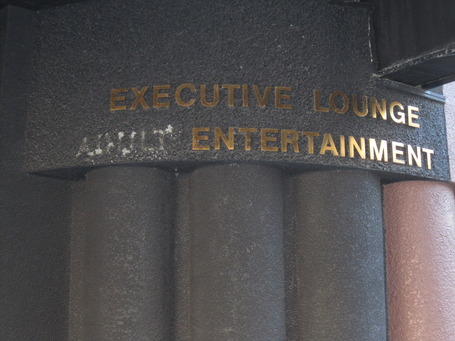 So it is an all-ages show now? 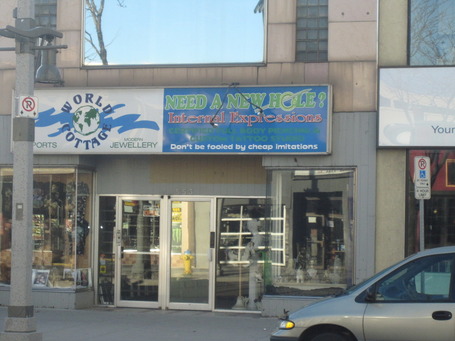 Something tells me I shouldn't trust a piercing place called "Need a New Hole?" 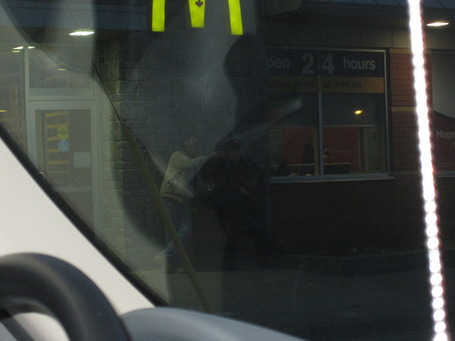 Hard to see, but it is the Canadian Jay & Silent Bob outside McDonald's (and 30 years older).