Share All sharing options for: 2011 Big Ten Championship Weekend: The Venue In Pictures

I've been looking forward to this weekend for some time. Since they announced that the Big Ten Championship Game was in Indianapolis I decided I wanted to cover it for the Indiana regional site. That was a big reason I wanted to get back into good standing with the Purdue athletic department. I enjoyed covering the BIg Ten Tournament two years ago, so this is more of a fun activity for me than a job. The fact that you readers allow me to get paid even a little bit for it is merely icing.

So I will be at the game tomorrow night at Lucas Oil. I have my press pass handy, and that means I got to go today for Michigan State's brief walkthrough that was open to the media. Wisconsin's was entirely closed, so the media got 15 solid minutes to go on the field while the Spartans went through stretching and kicking exercises. The punting was particularly bad, as Mike Sadler domed me in the back of the head with a punt out of bounds inside the 20.

That aside, here are some venue photos from Lucas Oil: 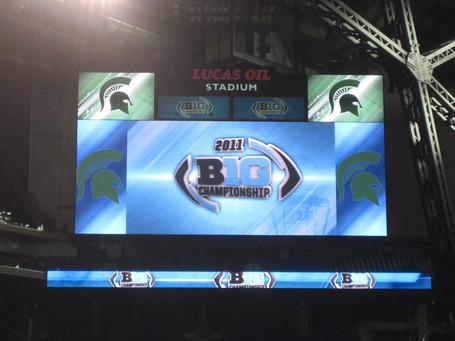 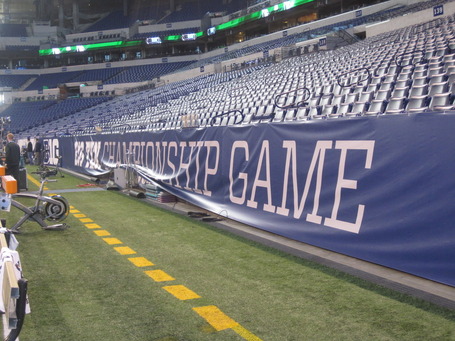 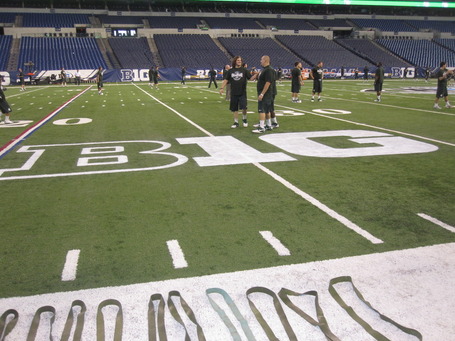 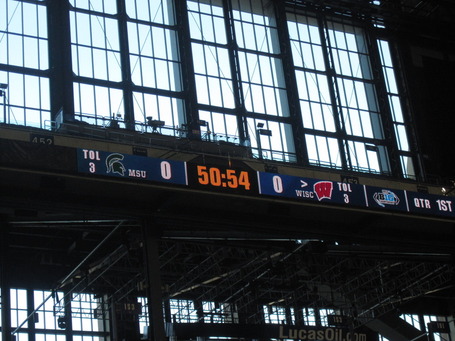 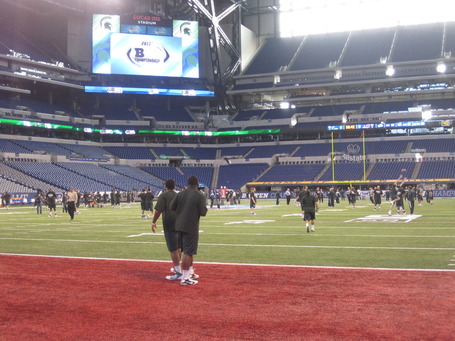 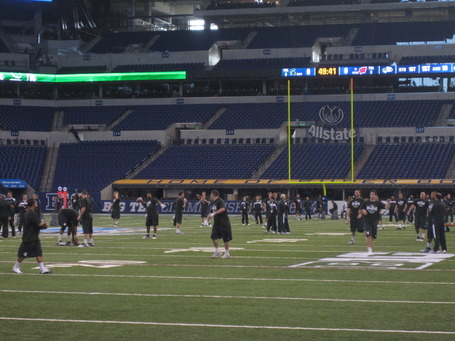 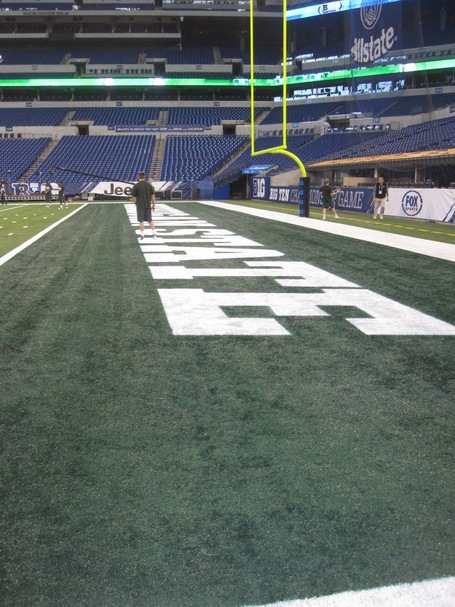 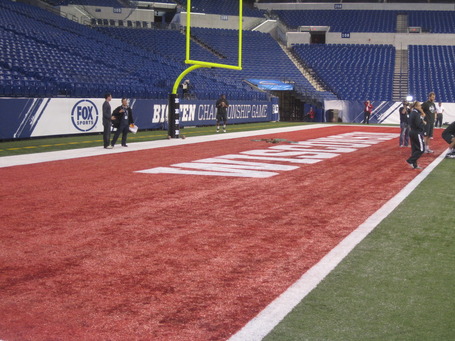 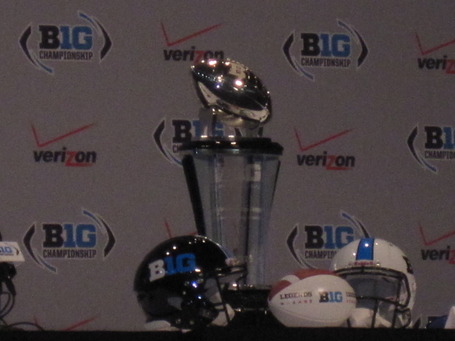