The Road to Houston is set.

Share All sharing options for: The Road to Houston is set.

Buy your Project Houston shirts now before it is too late, because I expect to be there. The much anticipated full release of the regular season schedule is here. We now know where we are going and when before the Big Ten Tournament, then hopefully a path through Chicago, San Antonio/New Orleans, and finally Houston on April 4th. I say Chicago because I expect to be a #1 seed playing as close to home as possible throughout the tournament. Newark, NJ and Anaheim are the other two regional sites, but I don't care if we have to play in Pyongyang to get to Houston as long as we win. 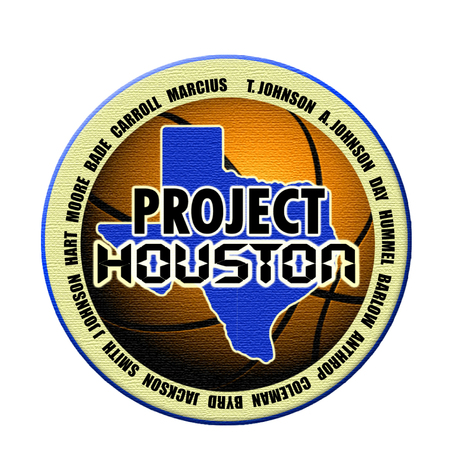 This is the goal

I know that we have to conquer the regular season first, but I have been waiting for this tournament for three years. With everything coming together the way it has for this year I expect to take care of the regular season. The stakes are automatically raised and can only be lowered if we're hit by injuries again. I hate to say it, but if this team stays healthy and does not make it to Houston the season will be viewed as a disappointment. We'll also be endlessly mocked by IU fans.

First things first, however. To get said #1 seed we need to repeat as Big Ten Champs. Yes, we can still get to Houston as long as we just make the tournament, but making the tournament should be a formality. Here is my break down of the full schedule:

I don't see us losing any of those games barring a disaster. That's 16 wins already. Michigan and Iowa will be slightly above terrible. Penn State has Talor Battle, but that's about it. We're not losing to Indiana at home with JaJuan Johnson, Robbie Hummel, and E`Twaun Moore as seniors. The Hoosiers will challenge us in Bloomington because it is a rivalry game, but they're not touching us in Mackey.

I am putting these two in the likely wins category because they are games we should win at home if everything is functioning. We only lost two at home all year last year. Once because Evan Turner went apeshit, and the other because of the shock of losing Robbie.

Richmond (if we play them), at Virginia Tech, Northwestern, at Minnesota, at Indiana, Wisconsin, Illinois

These seven are games we probably should win, but the teams are more than good enough to trip us up or we are playing in a tough road environment. Richmond is a feisty team that earned an at large bid last season. I'm not as afraid of going to Virginia Tech as other are because this group of seniors has faced the toughest road environments possible and won. Still, the Hokies are a good team we can't totally ignore. Northwestern notably gives us fits, especially if they play their 1-3-1 trap. You never count Wisconsin or Illinois as automatic wins. I fear the Barn after what happened their last year. As for Indiana, it is a rivalry and they are getting better. As much as I would like to humiliate them in Assembly Hall I know it is not going to happen. They may even get Tom Pritchard to think he is a real Big Ten post presence again.

If we somehow get through these five games unscathed I think we will have nothing to worry about. There are only two games left to examine, and if we win these five we should win all the others below them. In that case, we're very likely the Big Ten Champ with a #1 seed before even going to Indianapolis. As mentioned above, MSU, and OSU won in Mackey last year. You never consider a trip to Madison as a win until the game is over. I think we should win at West Virginia as they'll take a step back, but you never know about tough non-conference road trips in the middle of conference play. It is very possible that the home game against Michigan State will have two undefeated teams playing each other. I think we definitely have a chance of being 19-0 before hosting the Spartans. Only the trips to Virginia Tech and West Virginia are really tricky.

At Michigan State, at Ohio State

I know we won at each place last year, but we can't count on two in a row. We might get one of these. If I had a say, it would be at Ohio State. Yes, the Buckeyes have a hell of a class coming in, but it becomes experience vs. talent. As late as it is in the Big Ten schedule, Ohio State will be toughened. As for the trip to East Lansing, if MSU has any chance of winning the Big Ten by then I would consider it a loss. If we win each of these last seven games (and that is a huge if) I fully expect to be undefeated heading to Indianapolis.

I am setting the bar very high. I think we finish 28-3. I think the three losses will come in the road trips to Illinois, Wisconsin, Michigan State, and Ohio State. I could see someone like Minnesota tripping us in Minneapolis or an MSU or OSU being good enough to beat us at home, but outside of those everything else feels like it should be a win. Three losses in conference play should be enough to repeat as conference champs and get a #1 seed as long as we win at least one game in Indianapolis.