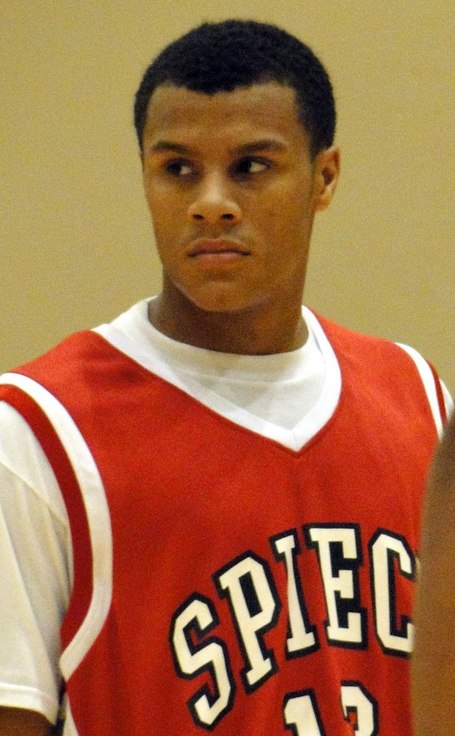 I thought we could all benefit from something positive as we recover from the emotional damage caused by that recruit from Gary (his name escapes me at the moment...was it Roy?).

It's widely believed that 6'1 PG Bryson Scott (FW Northrop) will be the first to commit to Purdue's vacant class of 2013. He's not making his decision any time in the near future, but he's very high on Purdue and it's been widely reported that the odds are in Purdue's favor. (And yes, I know we've heard that before....)

Scott is arguably Indiana's top point guard in the class of 2013. He's the type of PG Purdue would love to put in their system. He's hard working, physical, and will get down and dirty in the paint to battle for rebounds. But the icing on the cake is his excellent shooting touch. He has all the necessary attributes to be a great point guard, but he'll likely be known for his shooting.

Believe me, you'll here the comparison to Terone Johnson a lot since they share a very similar physical element in their games. They both are fearless taking the ball into the lane against bigger players since they can use their body strength to absorb contact and finish.

With three years of HS ball ahead of him, Scott has lots of time to continue to develop and maybe even grow a little.

If you'd like to get an abstract idea of what Scott's game is like, here are some highlights from his freshman year at Northrop. The quality isn't great, but ya get what you pay for...

After the jump, we've also posted an interview with a local news channel.

One of the weapons Purdue has on its side is some recruiting help from 2012 committment Rapheal Davis. Davis, who is friends with Scott, sent out this tweet earlier this week:

Ah, nothing like grown men over analyzing the tweets of high school kids...

As promised, here is an (awkward) interview with Bryson Scott: