Share All sharing options for: A Hammer & Rails Field Trip: Meeting The Man

Today was a special day. The stars aligned to give me a day off and the free time to head up to West Lafayette in order to meet the one, the only Drew Brees. I know the poor guy was probably overwhelmed by meeting close to a thousand fans at both Meijer and Follet's combined, but it was a wonderful experience to finally shake hands with the guy. It was a great finish to this week since I've been writing about Purdue's most memorable players and such. In my brief 4 seconds as he was signing my two copies of the book (one for my mom, since she is awesome too). I simply had time to say, "It is an honor to meet you, Drew, and an honor to write about you at Hammer & Rails."

I still probably came off like a fanboy, but whatever. Here is the scene for the day in pictures: 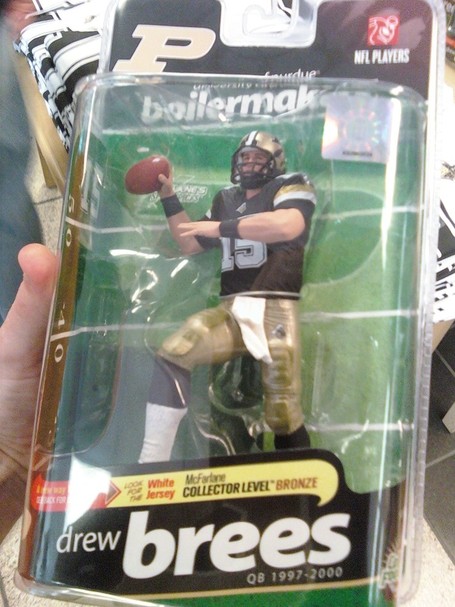 Of course they had these out. It's like they said, "We know this guy will pick it up on an impulse buy." $16 well spent. Unfortunately, they said "University of Purdue" instead of Purdue University. 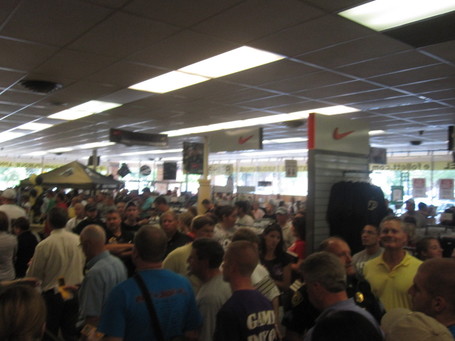 I got to Follett's at 9:10am and was placed in group C (each group had about 50 people). They at least had enough for group H, as people said they got placed in that at noon. Good thing I didn't wait. 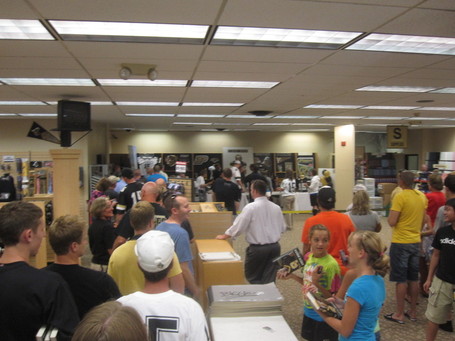 It took about 40 minutes to get this far. 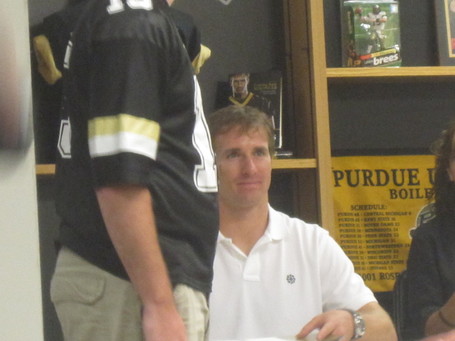 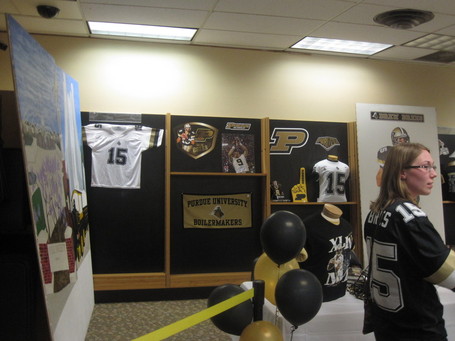 Follett's had a great display of his Purdue accomplishments It was like stepping into a time machine to 10 years ago. 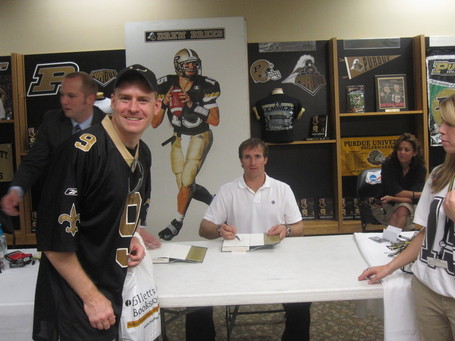 Yep, I was a total fanboy. 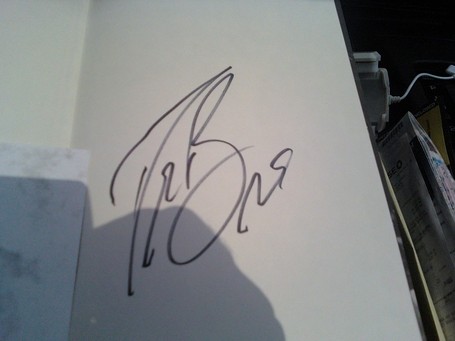 The fruits of my labors