Most of the numbers in the 80's are associated with receivers, while most of the 70's, 60's, and 50's are for linesmen or defensive players. That means we're done with offensive players for awhile after today. Today we feature Xavier Reese, another redshirt freshman who hasn't seen the field yet, but has some big things expected of him. 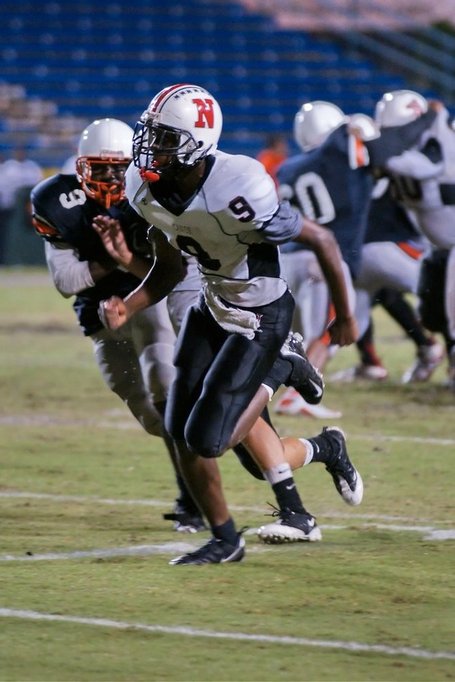 Xavier Reese is a big receiver that promises Florida speed.

At 6'3" Reese comes into the 2010 season as one of our tallest receivers. This law and society major was part of Danny hope's Florida speed class in 2009, catching 28 balls for 528 yards and three touchdowns at Northeast High in North Lauderdale, FL. Some thought that he would find his way onto the field last season after being a three-star prospect and honorable mention all-Miami Herald selection, but he never emerged in camp ahead of the few veterans we had at the position. As a result, he redshirted.

As part of these profiles I try to find information on each player beyond their typical Purdue profile and Rivals recruiting page. Unfortunately, Google is not always kind about this. In fact, it can sometimes be downright frightening. That means I didn't find a lot about him, but I like his size and the fact that several decent schools were after him. he is one of our few receivers that would have a size advantage on defensive backs. Only Justin Siller and Charles Torwudzo are taller than him. I think we will see him on the field some time this year.