Love/Hate: Reasons for each in regards to Nebraska.

Share All sharing options for: Love/Hate: Reasons for each in regards to Nebraska.

My goodness. I leave for a week and a half and the entire world goes to hell. Colorado leaves for the Pac-10 (which Rocky Mountains and 5,000+ feet of elevation always makes me think Pacific coast). Nebraska leaves for the Big Ten, giving them 12 teams. Texas holds the Big 12 for ransom and keeps the league together (with 10 teams) as long as the Longhorns get most of the TV revenue, its own TV network, beachfront property on Molokai, a Swiss bank account with $1 billion, three South Pacific Islands, a provision in the U.S. Constitution that will allow George W. Bush to run again in 2012, an agreement from Bill Gates that retracts the codename Longhorn from the early developments of Windows Vista, and the first born child of each five star football recruit according to both Rivals and Scout (male only).

Truthfully, I really don't give a crap what the other conferences do unless it affects the Big T(welv)en. If the Pac-10 (Now as numerically challenged as the rest of us) had added most of the remaining Big 12 it wouldn't have mattered to me. If the SEC had successfully invaded Cuba and annexed the University of Havana I wouldn't have cared. The Big East could have added Notre Dame, the Montreal Allouettes, and revived the London Monarchs and Scottish Claymores and I wouldn't have batted an eye. The last move might have made me care, because the moment the Fighting Irish beat a team from Canada means they will claim a World Championship.

What I do like is the addition of Nebraska. The Big T(welv)en now has an extremely balanced football league and in basketball... well, we now have 12 members in basketball. We need to properly initiate our brothers from Corn Nation, however. Part of being in this conference is learning to deal with the best blogging contingent in the land. We had our own blogging network before it was cool even. Once Jon gets back from his lemon party initiation he can enjoy the following reasons that I love Nebraska, and 10 why I hate Nebraska.

1. We now get 1-2 more wins every season in basketball.

2. The Big T(welv)en Championship game is now coming in football

3. Nebraska fans can't wait to visit West Lafayette, sell the place out, and ride the Cornball Express in nearby Montecello.

4. Conversely, it means another Big Ten road trip is coming up.

5. It means Notre Dame is one step closer to further football irrelevancy by not joining a conference.

6. Indiana is no longer the worst academic school in the conference.

7. Nebraska can bring back the option compared to all that new-fangled passing.

8. They will sell out everywhere they go.

9. They have a freaking Curling team!

10. Corn Nation is already taking a smarmy tack toward their old conference with a year left to play in it.

1. They have a losing record to Indiana in football. this alone should disqualify them from future conference championships.

2. Indiana might now get 1-2 more wins each year in basketball

3. Northwestern will now run and hide after the Wildcats got stomped by the Cornhuskers in the 2000 Alamo Bowl. I think Nebraska just scored again.

5. Purdue's drought of 101 years without a Big Ten baseball title will likely continue.

6. Do we really need more Corn in this conference?

7. Do we need another Red and White team in this conference?

9. Instead of their old nickname of Mankilling Mastodons they wussed out with Cornhuskers. 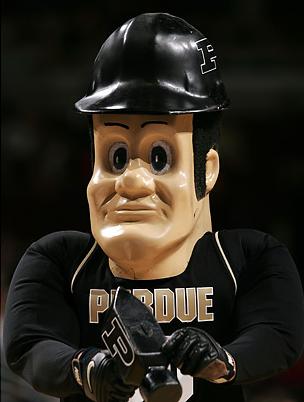 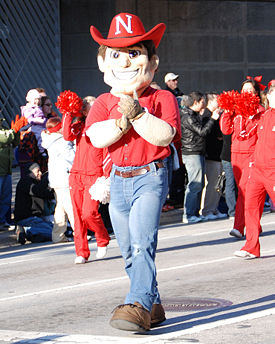 And now, some Boilermakings links pertaining to the Cornhuskers:

For the Sake of Argument: Why the Big Ten Shouldn't Expand Past 12 Teams - Maize n Brew
I share Dave's sentiments. Please let this thing be done.

Next on the Chopping Block: NEBRASKA - Sippin' On Purple
Sippin' on Purple lines up to take its shots at Nebraska.

Boiled Sports: The Lil' Shake-Up: Winners and Losers, so far.

Huskers in Big 10? Count me out, please
Don Cunningham of the Fremont (NE) Tribune thinks he can stop the Nebraska move all by himself...

Boiled Sports: Here's a Column From a Corn-Fed Dumbass
... and receives a proper public shaming by J Money

Big Ten(12) Divisions: Keep it Simple, Stupid - The Only Colors
The Only Colors looks at the best alignment of divisions now that the Big Ten has added Nebraska as its 12th member. The Spartans look to be about as happy as I am about the divisions.

Nebraska vs. the Big Ten - Big Ten Blog - ESPN
Here is Nebraska's overall record vs. the Big Ten. Some Big surprises here with Indiana and Minnesota leading all-time series against them. Purdue is the only team that has played them just a single time.

Winners and Losers in Expansionfest 2010 - The Rivalry, Esq.
The Rivalry breaks down the winners and losers in the Expansion Derby.

World Cup Match Results: Portugal vs Ivory Coast - FIFA World Cup 2010 - ESPN Soccernet
I do guarantee that a revived Blackshirts defense vs. the Buckeyes will not end like this drab affair. I love the World Cup, but after watching this game with high promise today I have never seen a team play more timidly in its sport than Portugal. Appropriate, since Cristiano Ronaldo whines like someone trampled on his Prada skirt.