Share All sharing options for: Boilermakings for Cinco de Mayo

Naturally, it is a slow news week as we wait for JJ's decision. Most signs appear to be pointing toward the return of E'Twaun Moore, however. I have found several sources that have mentioned he has decided to come back to school even though he is working out. That's good. I think we can make a lineup work with at least E'Twaun back. We'll still be a very dangerous team, but just how dangerous would depend on the development of Sandi Marcius, Patrick Bade, and Travis Carroll.

There is nothing we can do about that right now, however. In the mean time, here is some other news to talk about. 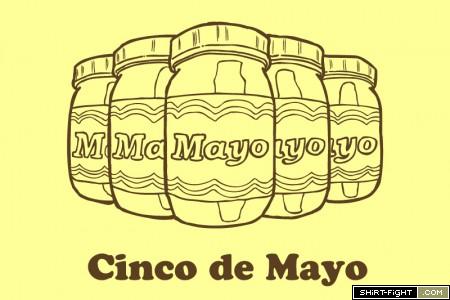 I love a good pun

Purdue grad develops emergency shelter - Though this isn't sports related, it is still a wonderful development from the world of Purdue for people who have been a victim of disaster.

Homecoming game vs. Minnesota kickoff announced - As we are used to, it will be a noon kickoff for Homecoming. Purdue is going to wear throwbacks from the 2001 Rose bowl as well. If they auction these off like the 1967 Rose Bowl throwbacks from a few years ago Rob Henry's jersey will fetch some nice coin.

Divers competing in National Event - As we're now used to out of the diving program, three divers are headed to the USA Diving Grand Prix in Ft. Lauderdale this week.

Adam Rittenberg wraps up the Spring - This is a pretty fair summation. He has been pretty on high Purdue so far, but we obviously need to overcome our injury concerns.

Baseball takes two of three of Indiana - This is a late wrap-up of last weekend's series, but Purdue fended off yet another blown save to take the series 2-1. The Boilers are still a game out of first place in the Big Ten (with three ninth inning leads blown in conference losses) with nine games to play. Purdue also benefits from playing three of the worst teams record-wise to finish the year. With the entire conference separated by 3 games from top to bottom that likely won't matter. Purdue hosts Michigan State this weekend in the final home series of the year.

The Daily Gophers does a post-spring power rankings - They aren't very high on the Boilers. The game against Minnesota should be a huge swing game in terms of bowl positioning.

Purdue leads Crimson & Gold Cup - With the baseball win and a higher finish at the men's golf championships Purdue now leads the Crimson & Gold Cup 9.5-7.5 with three events remaining. A split this weekend in softball assures a tie.