It is the time of giving. I have mellowed in my old age to the point where I prefer to give at Christmas than receive. I can't think of material things I want at Christmas, but I do relate with the giving aspect. So far the Wheeler Mission and Kokomo's famous We Care charity have been the beneficiary this year. So, if you can, give freely this Christmas.

Ohio State (11-0) Gift: A Playstation 3 - I am giving this gift to the Buckeyes because we need something to distract them. They're crushing everyone they play, with Jared Sullinger looking like the real deal. This is a team that has meshed with the new talent and will be a force the entire season. As a Purdue fan, it is frustrating to see them be as dominant as I hoped to be when we built toward this season for three years, but you can't argue with results. Barring an unexpected stumble, they will be the only Big Ten team that makes it to the conference season unscathed. Something needs to distract them or they will roll over the entire conference. 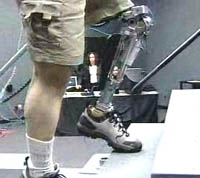 Purdue (11-1) Gift: A completely Healthy and extra durable ACL for Robbie Hummel - There is no explanation needed on this gift. In fact, let's make it bionic legs for everyone. I am seeing the Boilers round into shape right now as a very good team, but any Purdue fan would love to see the Purdue team they saw for about seven minutes Minneapolis back in February. That team looked completely unstoppable. Since then, injuries have derailed no less than five separate Purdue sports seasons. I count Robbie's situation as damaging two Purdue basketball seasons now. We all know what happened in football. Women's basketball lost a starter to a torn ACL and had the frightening Drey Mingo situation. Jaclyn Hart getting hurt against Texas might have cost a volleyball National Championship as well. It has to end soon, right? 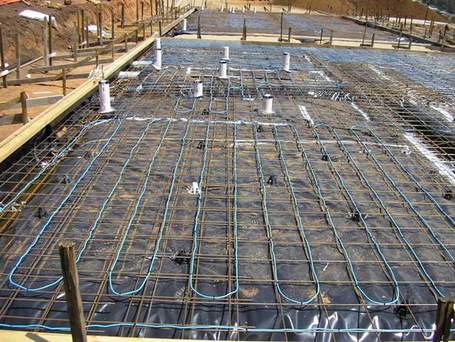 Minnesota (10-1) Gift: Heating Coils for TCF Bank Stadium - The Golden Gophers have quietly had a good non-conference season, stumbling only against Virginia in the ACC/Big Ten Challenge. Their duo of Colton Iverson and Ralph Sampson III scares me because they are one of the few teams in the country that can really disrupt JaJuan Johnson. They get the heating coils based on their hosting of Monday Night Football this week. Really? You didn't think you would need a heated field in Minnesota in late November? 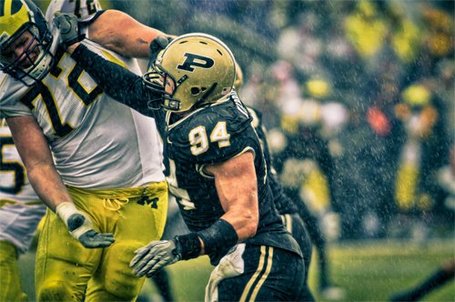 Michigan State (8-3) Gift: Ryan Kerrigan for the bowl game - The Spartans have struggled in their biggest games so far, but there is too much talent for Izzo to not get his team together. I find it laughable that some people have them projected as a 5 or 6 seed. You could put Izzo in the play-in game as a 16 seed and he would find a way to get to a Final Four. I am giving them Kerrigan because they deserve him for the bowl game. I can't stand Alabama football, Kerrigan deserves a bowl, and I have a lot of respect for MSU. Enjoy!

5. Illinois (10-2) Gift: The ability to expand Garcia's Pizza back to West Lafayette - I have to love Champaign for reminding me how awesome Garcia's Pizza still is. The Fighting Illini have something special there, and it needs to come back. I also owe a thank you to the Fighting Illini athletic department for credentialing me for the February 13th game. Giving Garcia's Piazza to the world is the best way to solve world hunger.

6. Wisconsin (9-2) Gift: Red and White Paint - Why paint? I am giving it so they can paint every floor to look like the Kohl Center, where they are virtually unstoppable. Jon Leuer has the Badgers playing like they always do. This is a tough, fundamentally sound basketball team that can knock you down, then score the ball once they do so. Yes, I have them sixth here, but as of right now there isn't a whole lot of separation between #2 and #6 on this list.

7. Northwestern (8-1) Gift: 11 Conference wins, a Big Ten Tournament win, and an NCAA berth - It's time. You know you have arrived, Northwestern, when opposing fans are chanting "overrated" at you. The Wildcats have to break through this year. As long as they hold serve against the four teams below them on this list they will get eight of the wins they need. They are good enough to surprise in there other games.

8. Michigan (9-2) Gift: An Ohio State scandal - What can make Michigan fans feel good? When your bitter rival (who currently owns you) has a scandal involving free tattoos. As far as basketball goes, the Wolverines have been much better than I originally thought. They played Syracuse much tougher than Michigan State, so this could be a dangerous team in conference play. 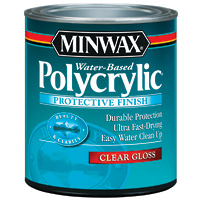 Indiana (9-2) Gift: Minwax - They have our Bucket at the moment, so I want to make sure it is taken care of. It is too early to get them new hooks for their now guaranteed 2013 National Championship once they get their recruits to actually play, but it is my hope that Indiana causes havoc in the Big Ten race with a few upsets, but loses twice to Purdue. We already handed over the Bucket, so we've done enough for them. As for this year's basketball team, they are ruthless in Assembly Hall against teams with a triple-digit RPI.

10. Penn State (7-4) Gift: Four quality teammates for Talor Battle - It is seriously a shame to see a player that good play for a team that bad. He is enough to give them a puncher's chance in any game, but losing by 10 to Maine at home just proved it is going to be another long season in Happy Valley.

11. Iowa (7-5) Gift: The ability to live up to high expectations - Who knew that Iowa's basketball team, which had no expectations whatsoever, would have the same record through 12 games as the football team, which was supposed to be a National Title contender. The basketball Hawkeyes have even looked like they might win a Big Ten game or two, which I more than I thought originally.