T-Mill is a Mad Man about ranking the Big Ten

Share All sharing options for: T-Mill is a Mad Man about ranking the Big Ten

I try to shy away from opponent message boards, as often even well thought out arguments are dismissed. I also have grown tired of the mainstream journalists. Things came to a head on both fronts yesterday when Indiana's message board was griping that 4th was too high for us in the Big Ten sans Robbie Hummel. Jerry Palm and Gary Parrish also published their NCAA Tournament projections yesterday, and have Purdue as a #5 in one bracket and a #6 in another. This is the same Gary Parrish that dismissed us as one of the last four undefeated teams last year and said the National Champion was surely coming from Kansas, Texas, or Kentucky.

Well, if these clowns can make off the cuff predictions and rankings, so can I. As a blogger I get the added bonus of mixing popular culture with a Power Rankings list, a staple of bloggers everywhere.

My latest obsession has been Mad Men. Yes, I know it is not longer 2007 and I came to the series late, but thanks to the Indianapolis-Marion County Public Library Mrs. T-Mill and I are plowing through episodes like Magic Johnson hitting NBA Groupies in the late 80's, only with a much lower chance of getting HIV. We're currently in the midst of season 3, which is more than far enough along to know who the main characters are and assign them to teams. So, without further ado, we have the preseason Big Ten Power Rankings: 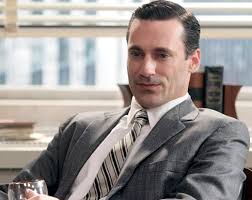 Smooth, cool, collected, able to bang as many women as he wants, Don Draper is the master of his domain even when things (like his marriage) are falling apart. Tom Izzo is Don Draper. he kept this team together and got them to a Final Four last year on guts and sheer will (and a nice upset by Northern Iowa) after a rash of postseason injuries. The MSU fans also have advice for us Purdue fans like Don had for Peggy after the baby was born. He has a mutual respect for Peggy (my favorite character) and helps her along when everyone ridicules her. He knows they're a great team together, just like Purdue and Michigan State need to be in this year's NCAA's. I don't think Kalin Lucas and co. do as much smoking and drinking though. 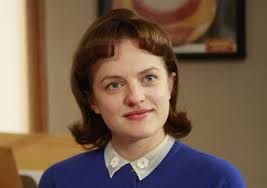 Peggy is my favorite character because she is so complex, yet fights through everything to keep moving forward against all odds. Doesn't this sound familiar? Matt Painter's first season was like Peggy being a secretary. We knew better days were ahead, we just needed to wait for our moment. Now we're having success like Peggy did. She eventually broke into a male-dominated area and got her own office. She also gets a lot of encouragement from Don. Missing time because of her pregnancy and mental breakdown is clearly the Robbie injury. From what I have seen of spoilers for season 4, she makes an even better team with Don. There is more than meets the eye with Peggy and she always over-achieves in every situation. That's why I have Purdue #2. I know the truth and character of this team, while others just assume. 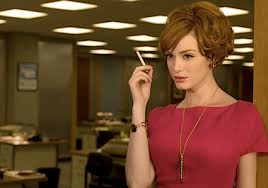 The Fighting Illini certainly look good on paper, and as the only Big Ten team that has played a real game we have an idea of what they look like. Hail to the Orange described their game last night against UC Irvine as strong on offense, but weak on defense. That's like Joan because she can get any man in the office with her... assets... yet she couldn't fend off her own fiance when he practically raped her. Demetri McCamey makes the team go, but can make the occasional bad decision or have an off night. That he loves to shoot when he is more of a passer is like how Joan pines over Roger still. 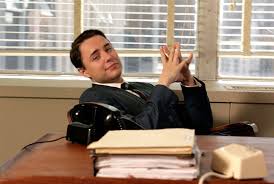 I love Pete's character because he has a great bullshit smile. You don't recruit a great class like Ohio State has without being able to bullshit. Their relationship with Purdue is a bit like the Peggy-Peter relationship on the show. Pete wants to use all to themselves. but they don't want anyone else (other conferences) taking advantage of us so they cheer for us int he NCAA's. Pete is perfectly Ohio State. He is smug, self-satisfied, cocky, and rarely shows vulnerability. He shook off his father's death like the media shook off Evan Turner's departure. Like Pete, youth may be the difference between them having a very successful year and coming up a little short against the more experienced teams. 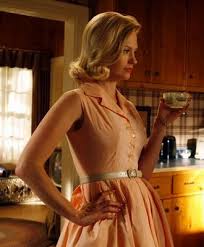 Betty is a housewife with a lot of potential to be her own person if she would just stand up for herself. Could this be a preview of Minnesota? Colton Iverson and Ralph Sampson III Give them the size to compete with anyone. Their run through the Big Ten Tournament in March was a promising start, but they have to succeed somewhere other than at home in the Barn. Their marriage to Don (Michigan State) is not a happy one because the Spartans hold all the advantages over the Golden Gophers. Still, you get the feeling Betty could have a surprise in store for them when they come to Minneapolis. 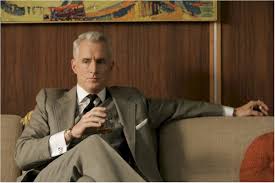 And this is not because Roger looks a bit like Bo Ryan. Roger keeps going, doing it the same old way despite the changing times. Wisconsin keeps getting it done with hard-nosed defense and players that aren't as highly touted as others, but they still get it done. Jordan Taylor is a prime example. He can have a great season, but he is under the radar for the most part. Keaton Nankivil also plays well in big games. Just when you think they are weak, like this year (and Roger's heart attacks), they go out and bang a 20-year old secretary. 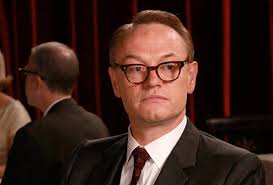 The tweediest, nerdiest stickler for the rules is of course the "nerd" school in the conference. Unlike the real Northwestern, I can't stand this guy. He has almost no sense of humor and is entirely too... British! Of course, when you think of Nothwestern you think of nerdy accountant instead of basketball. In truth, Lane has a lot of power by holding the purse strings at Sterling Cooper, just as Northwestern is strong enough to beat almost anyone in the conference and halt their march toward the title. Unlike Don, they'll never score the big prize of a conference title (any smoking hot woman on the show). 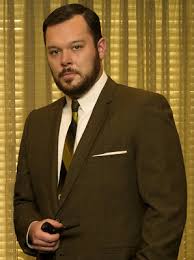 Paul is a character that works hard and has some good ideas, but he lacks a certain something that holds him back. That is Penn State with Talor Battle. he's a great player, and Taran Buie should help, but they can't get ahead in this conference. they prefer the sophistication of football and the joy it brings anyway. They take pride that it brought them to this conference, just as Paul takes pride in living in Jersey. They are content in being part of the Big Ten (Sterling Cooper) team. 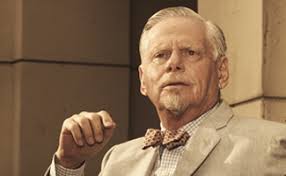 I almost dropped them lower for going to overtime with Ferris State, but I think the two teams below them are worse and would have lost the game outright. Old, eccentric, and living in his own world, Bert Cooper things everyone still plays by his rules when outside of his office all the other players at Sterling Cooper know how the game is really played. Just as Bert Cooper lives in the good ol' days of the 30's and 40's, it is still blissfully 1987 in Bloomington and only a matter of time until Bobby comes back to lead them to glory. Unfortunately, the current incarnation of Bobby Knight would be about as on the game as Bert Cooper is. 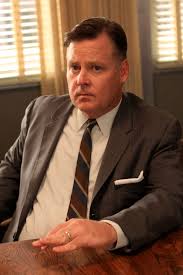 Freddy lost everything when he got so drunk that he peed his pants and passed out in his office, allowing Peggy and the others to move ahead of him. Isn't this Michigan in the late 90's when rocked by the scandal that caused them to take down a number of accomplishments? They got sent away for a few months, and no one really thought they would come back. The NCAA appearance in 2009 aside, that's where Michigan basketball is. They are way out of the way minus DeShawn Sims and Manny Harris. 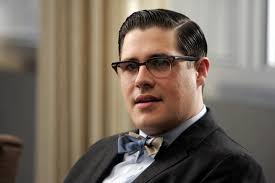 Harry is on the show, but he constantly gets crapped on in the storylines. He couldn't even have a random hookup in the office like everyone else without feeling guilty and telling his wife. That is Iowa basketball in a nutshell. They are in the Big Ten, but no one expects them to do much of anything this season. There is the potential there for more, but they will probably get in their own way.