Profiles in Badassery: The Samsung Moment

Share All sharing options for: Profiles in Badassery: The Samsung Moment

First, this is a sponsored post.  This week and next, you will be seeing occasional posts on this and other SB Nation sites concerning the effect of technology on sports.

So yes, this is a gigantic commercial for Samsung. When SBNation approached us site managers with this promotion we were given very loose direction on how we could handle it. All we were told is that we had to write articles on three consecutive Friday on how technology has affected our experience as sports fans. Last week I talked about how this community as a whole has grown essentially out of nothing. This week I wanted to talk about a device I didn't even have until July, and now I can't imagine being a sports fan without it.

What does the Moment have to do with Purdue?

Normally, the Profile in Badassery is reserved for famous and not so famous alumni that have accomplished great feats in their chosen professions. An example is Ray Ewry, one of the greatest Olympic champions that is still rather obscure even today. In doing some basic research on the phone itself I tried to see if there was a Purdue alum involved in the development of it. This person is surely a badass, allowing us to stay in contact at all times. Since Purdue is a top notch technology and computer science school I am sure there is at least one Purdue alum that works for Samsung.

Also, the Samsung Moment has allowed me to become the King of All Media When it comes to Purdue Sports. Phase one of my plan for World Domination is complete.

My background with the Moment

Sorry, got carried away there for a moment.

Before getting my Samsung Moment in July I was a long-time customer with Verizon. I had always been pleased with their service, but I had never had a data plan on my phone. Mrs. T-Mill had one on hers, but Verizon's prices were always too high for me to get it. I didn't even have a texting plan until about a year ago, so I was way behind when it comes to technology. Since getting my first cell phone in December of 1998 I had been perfectly satisfied as long as I could make calls.

Our contract with Verizon ended in July, however, and I wanted to get a phone with a data plan. For the past two years anytime I wanted to check scores or anything I had to borrow my wife‘s phone. Even though we had the exact same phone (an EnV2), it was a bit of a pain since we had different plans. It also was the older mobile web. I don't know a lot about 2G vs. 3G vs. 4G networks, but I knew that we could do better.

Enter the Moment. We jumped to Sprint mostly because of price. They had everything we wanted for the lowest price. It took me roughly a day to get addicted to it.

How this technology has affected my fandom, and why it is badass

For someone that has long had a phone solely to make calls, it is amazing that I rarely call anyone with this thing. I use it for mostly any other function it can do. First of all, I love the mobile internet feature. I can now get scores of other games, comment on OpenThreads live at games, and read other stuff on the go. I feel this keeps me plugged into Purdue even more, thus giving me the fix for my addiction. I don't have to worry about taping a game if I have to miss it. A prime example was out 2008 NCAA Tournament game against Xavier. I had concert tickets for the same time it was going on, so I had to languish without a score while taping at home. Now I can track it wherever I go, and with Sprint TV I can even watch it as long as it is on ESPN.

Of course, keeping up with news instantly has its drawbacks. Do you remember that dark buzz going through the crowd at the Minnesota game a few weeks ago? I was one of them that started it by searching Twitter and finding out about Robbie. As recent as five years ago the mood wouldn't have been ruined until we all go home. Instead, everyone was ready to boo by the time the WLFI promotion came on announcing major injury news to be revealed that night. Phones like these have almost officially made the nightly news obsolete.

I have found it easier to keep up with my job, too. As many of you know, I regularly cover high school games on Friday nights. I can now keep up with other games around the state and even give those in the press box other scores if they are interested. It gives me more of an edge one my articles when I do go to write them against a deadline.

That, and it provides entertainment if the game is a blowout.

How the Moment helps this community

Before getting my phone I was not much of a twitter user. Now I am fully integrated with this site, and I can Tweet live updates from games faster than jumping in on an OpenThread. That, and it is a source of endless hilarity with you readers. I love posting something that at least sounds semi-witty, then reading the responses real time on Twitter. Now I can do that from anywhere.

I know it is hard to declare a phone (an inanimate object) as a badass. It has definitely changed how I am a fan of Purdue though.

Now, on to Phase Two 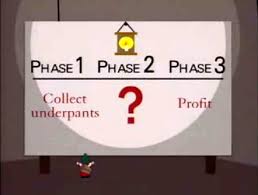