Let's keep things positive with the Boilermakings today.  After this weekend, I felt like my world (sports-wise) was turned upside down.  Purdue didn't win everything and my Colts switched identities with the Bears.  At least I was able to watch my girlfriend and her team turn in a great weekend by beating two larger universities.  Let us look at some positive links about Purdue now. 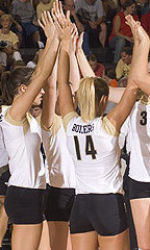 Mingo now in fair condition, released from hospital
Lady Boiler has bacterial meningitis, but is recovering.

MSU's Dantonio, Michigan's Robinson, Purdue's Kerrigan deserving of Big Ten's top honors: Big Ten Insider | cleveland.com
Ryan Kerrigan should be the conference's DPOY without a doubt. He was heads above the rest of the conference.

Northrop sophomore verbally commits to play at Purdue | The News-Sentinel - Fort Wayne IN
Bryson Scott is our first basketball commit for the 2013 season.

This next one isn't sports, but the band is a great Purdue tradition and they represented us well this Thanksgiving weekend:

Band leads Macy's Day Parade for first time. - The Exponent
The Purdue All-American Band led the famous holiday parade in New York City. We're the first band from the Big Ten to be in the parade too. We're number 1!?

With football season over, we can now dedicate our obsession to the basketball teams.  So what if they lost to a non-conference opponent?  Richmond is tournament bound and it may have been good for our younger guys to realize that losing will happen if they can't help JJ and Smooge out enough.