Share All sharing options for: Profiles in Badassery: Kevin Granata

Hero is a word that can be used in so many ways with respect to badassery. You hear about athletes and their "heroics" all of the time. Today's profile is about an athlete, but that isn't important. Surely, the great scientists and researchers are heroes. Their discoveries and work affect the lives of all of us. Where would we be without Neil walking on the moon, or the thousands of scientists working every day to cure diseases and feed the world? Today's profile is about a scientist, but that isn't important. Then we have the extraordinary men and women who put themselves at risk to help everyone else. The police officers, firefighters, soldiers, and everyday people who put themselves on the line for others are surely heroes. Fellow Boilermaker Kevin Granata is exactly this kind of Hero (note the capital H, not an accident). When an armed student began shooting innocent people in Virginia Tech's Norris Hall, Kevin's quick thinking saved the lives of twenty students, tragically at the cost of his own.

Kevin was born in Toledo, Ohio in 1961. He attended St. Francis de Sales High School where he was something of a renaissance man. Kevin was a member of both the football team and the debate team for all four years of school. He graduated in 1980  with a perfect 4.0 GPA. He began his undergraduate work in physics at John Carroll University in Cleveland, where he also played college football. He then transferred to Ohio State University where he was awarded bachelor's degrees in both engineering physics and electrical engineering in 1984. Kevin then began his life as a Boilermaker, choosing to attend Purdue to earn his master's in physics. While attending Purdue he met Linda Ankeman whom he would marry in 1991. He was also a member of the Crew Team during his time at Purdue, and was a member of the 1986 JV squad that earned a bronze medal at the Dad Vail Regatta. He earned his master's that same year. Kevin then left Purdue to work at the Applied Physics Laboratory at Johns Hopkins. He returned to Ohio State and earned a doctorate in biomechanics in 1993. He stayed at Ohio State for the next 4 years as a researcher in the Biodynamics lab. 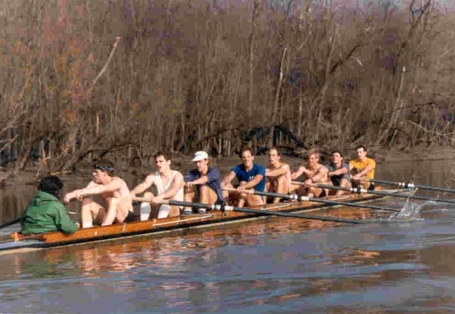 Kevin Granata and the JV Boilermaker Crew Team via www.row2k.com

Kevin left Ohio State in 1997 to take an assistant professorship at the University of Virginia in both orthopedics and biomedical engineering. In 2002 he was promoted to associate professor in both departments. While at Virginia he worked in the Kluge Children's Rehabilitation Center, primarily working with children suffering from cerebral palsy. In 2003, Kevin took an associate professorship at Virginia Tech, where he remained until his death in 2007. In 2005, he was named a Virginia Tech College of Engineering Faculty Fellow and in 2006 he earned the Dean's Award for Excellence in Research.

When Kevin heard gunfire in Norris Hall (the primary engineering building on Virginia Tech's campus) on the morning of April 17, 2007, his first reaction was to go to an adjacent classroom and bring all of the students into his office, knowing that his office door could be locked. Rather than remain  with these students and allow the events of that day to unfold, He decided to investigate the gunshots and was killed in the ensuing confrontation with the gunman. None of the 20 students in his office were injured.

Dr. Granata was widely considered one of the top five biomechanics researchers in the country at the time of his death. His work focused on movement dynamics, and during his time at Virginia Tech he worked in the Musculoskeletal Biomechanics Laboratory. He developed an innovative way to determine lower back stability and his method is still considered the cutting edge by other leaders in biomechanics. Dr. Granata also developed the MARC Walker, a robotic device that assists elderly people with mobility problems. His other research interests run the gamut from robotics to muscle and reflex control. One of his former graduate students noted that Granata, "excelled at encouraging collaboration among experts in various fields, resulting in research that crossed many disciplines and areas of expertise." 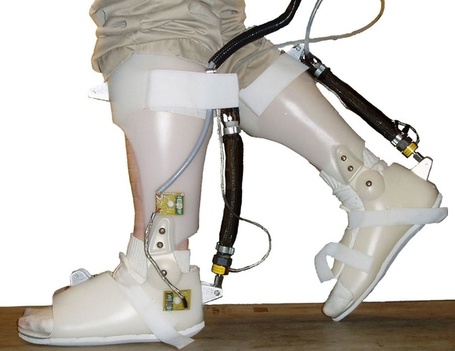 Kevin remained an athlete throughout his life, continuing to compete in biathlons and triathlons. He was known to be an avid runner and bicyclist. One of his great passion was coaching his sons' lacrosse teams. His friends say that he was first and foremost a family man. He volunteered with the Boy Scouts and was also a passionate golfer. He was also a member of Triangle Fraternity, having joined during his undergraduate years at Ohio State.

The world is sorely lacking people like Kevin Granata. He was a man who put the safety of his students in front of his own while dedicating his life to helping the disabled and elderly to be able to live a mobile and easier life. The world is better for the fact that he was here, and worse for the fact that he isn't any longer. He was a great Hokie/Buckeye/Boilermaker, a great man, and a total badass.