I have to admit, I didn't think Purdue had any chance to win this game. 60 ugly minutes later, the Boilers end up victorious and undefeated in the conference. This was a huge game for the Boilers' very slim bowl hopes. If the boys can take care of business next week against the Gophers and give the Hoosiers their usual Ross Ade reception, then we are one upset away from eligibility. Unfortunately, the easiest game of those is a trip to Illinois who just upset Penn State today. Still a win is a win, and this is one that the fanbase and the team desperately needed.

Before I get to the positives and negatives of the game, I'd like to present the Ed Hightower Award for Excellence in Officiating, to the line judge in charge of spotting the ball today. I don't know if he is a Northwestern alum, or working for the mafia, or visually impaired, but the guys in purple got more than a few favorable spots. You can't be too mad since there were a couple make up bad spots, unless you prefer a well called game. May he ride off into the sunset with Ed on a shimmering dragon. 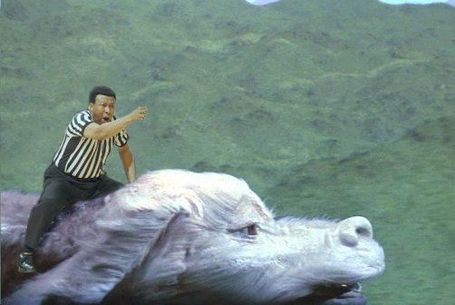 Positives and negatives after the jump.

Negatives
In the end, the Boilers reminded us today that the season isn't over, despite that loss to Toledo. If they can get an upset against a (sort of) ranked team on the road, who is to say that they can't get one more? This week should be an interesting test. Minnesota is a very similar team to Northwestern, as evidenced by their close game last week. We should see an improved passing game and more aggressive playcalling, especially at home in front of the homecoming crowd. If there isn't quite a bit of improvement, this could be a long stretch heading into a 5 game murderer's row of at Ohio State, at Illinois, Wisconsin, Michigan, and at Michigan State. Some improvement against Minnesota will give me hope that Purdue can be at least competitive in one of those games. Until then Boiler up, and see you at homecoming!