Boilers in the pros: Preseason week 1

Share All sharing options for: Boilers in the pros: Preseason week 1

With  the first week of the preseason in the books I wanted to take a quick look and see how all of our guys did in week 1. Obviously many guys are established on rosters already, but some are fighting for spots. This was a lot of fun, as I did most of the research on Sunday night, but waited until this morning to post it because there were a pair of preseason games last night. If I have time, I think I will make this a regular feature, as I have no weeded out hte teams that do not have former Purdue players on their rosters. Some guys, like Charles Davis, were happy finds because I didn't know they were still kicking around out there.

Here is how everyone did in week 1: 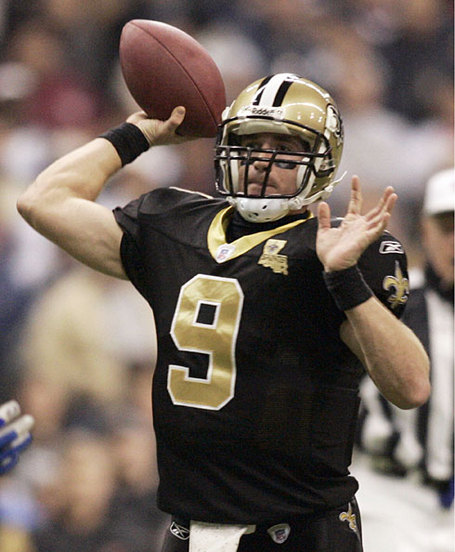 Ladies and gentlemen, your reigning NFL offensive player of the year.

Atlanta Falcons - No players on roster

Baltimore Ravens - No players on roster

Buffalo Bills - No players on roster Side note: Who the hell is Gibran Hamdan? Apparently, he is a former IU quarterback that is on their roster, but I have never heard of him.

Chicago Bears - No players on roster

Cleveland Browns - No players on roster

Denver Broncos - Kyle Orton (QB) - Had brutal debut as starting quarterback with three interceptions. Completed 9 of 16 passes for 89 yards. Is still listed as the starter for now, but he obviously must improve. Brandon Gorin (OL) - Trying to return to NFL after starting 8 games at tackle for St. Louis in 2007. Six year veteran with 26 starts and former member of the Visa Five Layers of protection, thus making him the rare offensive lineman with an endorsement deal.

Detroit Lions - Cliff Avril (DE) - Second year player. Had two tackles as Lions won on late field goal. Stu Schweigert (S) - Found a home in Detroit last year after getting cut by Washington and Denver. Had four tackles in preseason opener and should be safely on the roster. He is also loving the fact he plays for his hometown team.  John Standeford (WR) - After years on the Colts practice squad, finally made a regular season roster with the Lions. Emerged as #2 receiver late last season with four starts. No stats in opener

Houston Texans - Jacques Reeves (CB) - 6th year in league. Will likely start at corner after breakout season in 2008. No statistics in opener. Jeff Zgonina (DT) - An astounding 17th season for the last active player from the Colletto Era. Played in all 16 games last year with two starts. Is fighting for a roster spot apparently.  No statistics in opener. UPDATE: It is no wonder Reeves had no stats in the opener, as he suffered a broken leg in camp and will be out for some time.

Indianapolis Colts - Curtis Painter (QB) - Rookie likely playing 3rd string quarterback. Took the majority of snaps for the Colts in a 13-3 loss that was a boring as it sounds. Completed 10 of 17 passes for 77 yards.

New England Patriots - Matt Light (LT) - 9th year in league. Has won three Super Bowls and has started all but two games in his career. Will be protecting Tom Brady's blind side until both head to Canton most likely. Rob Ninkovich (DE) - 3rd year in league. Has played in just 8 career games as he tries to return from serious knee injury. No stats in preseason debut.

New Orleans Saints - Drew Brees (QB) - 9th year in league. Will be starter after making the Pro Bowl for third time and second time being named All-Pro. Reigning Offensive Player of the Year. Completed 6 of 9 passes for 88 yards and a touchdown in 17-7 win over Cincy.

Oakland Raiders - No players on roster.

Philadelphia Eagles - Eugene Bright (TE) - An interesting one, as Bright was a pretty average Defensive end at Purdue and never played tight end. Undrafted free agent trying to make roster. Had one catch for eight yards in preseason debut.

Pittsburgh Steelers - No players on roster.

San Diego Chargers - Shaun Phillips (LB) - 6th year in league. Likely starter as one of San Diego's best linebackers. Had 2 tackles in first game. Nick Hardwick (OL) - 6th year in league. Likely starter with 68 career starts at center and a Pro Bowl nod in 2006. Charles Davis (TE) - Has bounced around league (Giants, Panthers, Jaguars) trying to make a roster, but has yet to play in an official game. No stats in opener

San Francisco 49ers - Kory Sheets (RB) - Undrafted free agent trying to make a roster. Kory probably had the most beneficial weekend of anyone. Rushed for 51 yards on 10 carries and a long of 25 in win over Denver. Also saw main competition Thomas Clayton unfortunately tear his ACL and get released. Has solid chance to make roster as 3rd down back/kick returner.

Seattle Seahawks - Craig Terrill (DT) - 6th year in league. Is having a very Jeff Zgonina-like career so far. Will likely be in the rotation at defensive tackle and may start. Had no statistics in opener.

Tennessee Titans - Stanford Keglar (LB) - 2nd year in league. Played in 13 games as a rookie last season. Leads the team in tackles with 11 through 2 games (The Titans played in the Hall of Fame game too). The Titans think he may be the steal of last year's draft, too.  Mike Otto (OT) - 2nd year in league officially. Has been on practice squad and has played in one official game.

Washington Redskins - No players on roster.