As promised, I am back in the saddle and ready to find some good Purdue stuff out there. I'll be taking a deeper look at Ohio State later this week, but for now here are some things I missed last week.

The Daily Gopher says we are a must-win game - This went up yesterday as a response to my own Q&A with TDG. To me, this game is one of the biggest toss-ups of the year. I believe it was a game we would have won if the Painter had not gotten hurt last season. Our defense limited them to two big plays that set up both touchdowns. Offensively, we relied on a redshirt freshman seeing his first real time at quarterback. If our defense can play as well I really like our chances to generate more offense.

Oregon is working hard - At least we are getting a little respect about this game now, as ESPN's Ted Miller calls our game with the Ducks one of the most dangerous Pac-10 non-conference games. This goes back to matchups. Realistically, our 4-8 team had no business hanging with their 10-3 team last season. You can't even give us a significant home field advantage. Still, we took them double-OT and in reality, should have won easily. For some reason we just matched up well with them. Their defense loses just enough to give me confidence. The Ducks are working very hard this offseason under new head coach Chip Kelly. This will either improve things further, or lead to a burnout and bad start as they face a brutal slate of games top open the season.

Ross-Ade not that great - I don't think we'll ever score really high in terms of a game day atmosphere, but we're certainly better than a few schools on Adam Rittenberg's list of Big Ten Stadium experiences. I've been lucky enough to see Purdue play in seven of the current Big Ten venues, plus I did see a game in the Metrodome. I would say Purdue is right in the middle. We're definitely above Northwestern, the Metrodome, Indiana, and Illinois. Michigan State had its plusses, but I still wasn't overly impressed. The Gestapo-like security and cold weather probably had something to do with that. Ohio State in 2003 was one of the best Game Day Experiences I have ever had, while Michigan in 2007 was pretty bland. Here is how i would rate the college venues I have seen a game in, with a few non-conference places in there.

1. The Rose Bowl - Little else in sports is better.

2. Ohio Stadium - Massive props for Script Ohio. The crowd was loud, educated, fairly friendly, and made the place shake.

3. Miami Orange Bowl - It was a travesty they tore this place down. I saw one game here,t he second to last Miami game played there, and even half empty the place oozed history. If it had been a good night game it would be #1.

4. Michigan Stadium - I saw it in a blowout, but it was still impressive to see such a huge stadium packed to the rafters.

5. Ross-Ade Stadium - This is my personal bias. I am not a fan of some of the jumbotron clips, but I do love "I am an American", Shout, and When Worlds Collide. We need to bring back the Jumbo Heroes.

6. Memorial Stadium (Illinois) - All three times I was there it was rather bland and it was pre-renovation, but it has some promise.

7. Spartan Stadium - Not great, but not too bad, either. It is a solid place to watch college football.

8. Aloha Stadium - I was impressed with Hawaii's crowd. They were loud, but very cordial as we left the Stadium. many of them thanked us for coming all the way out there for the game.

9. Ryan Field - It has some promise, but Northwestern will always be fighting an uphill battle in terms of attendance.

10. Joe Robbie/Pro Player/Dolphin(s)/LandShark Stadium - The Canes do a good job of trying to make it into a college venue, but it is no Orange Bowl. They threw away a great home field advantage by leaving the Little Havana.

11. Nippert Stadium (Cincinnati) - Few stadiums are older (Cincy has played at the site since 1902), but it was really tiny without a ton of great history.You know it is not a great stadium when a former player there died of blood poisoning after getting infected from droppings left after a pre-game chicken race.

12. The Metrodome - At least the Minnesota fans were nice.

13. Memorial Stadium (Indiana) - Two of the four times I have been here Purdue fans have turned it into Ross-Ade South. The tailgating is great, but most of the time fans just longingly look at Assembly Hall across the parking lot.

Autzen Stadium - heading out there in September.

Camp Randall Stadium - possibly heading up for the Halloween game.

Robbie Hummel is back from Europe - Sounds like a pretty successful trip for the lad.

Robert Marve is misty-eyed at leaving the U - Oh great. Why does this feel like Jeff George all over again?

Neil Armstrong walks on the moon - I know it has nothing to do with sports, but to me, it is the proudest moment in the entire 140 year history of Purdue University. I view the moon landing as one of the top achievements in the history of mankind. The fact that a Purdue grad was the first to set foot on the moon makes it even cooler. Yesterday marked the 40th anniversary of Neil's one small step. Every Purdue grad and student I know is extremely proud to call him our own, too. 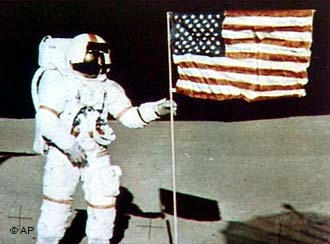 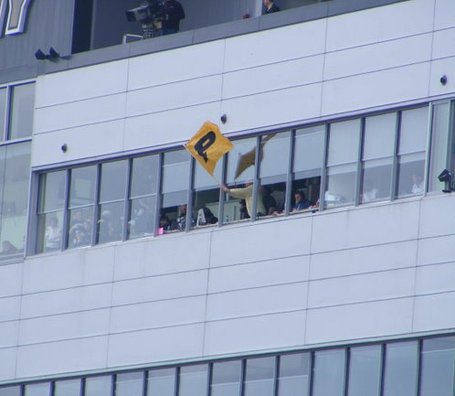 Neil had a little experience handling flag when he led Shout last season. If you're out there reading, Neil, one of the coolest things you could do is leave a comment on this blog.