Share All sharing options for: National Honors continue for Hernandez 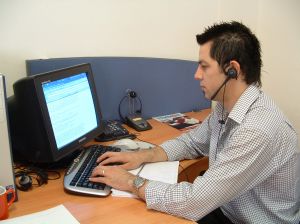 Though T-Mill will be stuck working call center hell from 1-10pm the next two weeks, he can occasionally update (and this is not me. I don't have fashion sense, but I know not to cut my hair like it is 1987).

I am very glad that the slowest time of the year for this blog is happening when I can't update as much. As the picture above states, I'll be working as a call center lackey through my temp agency over the next two weeks. That's 1-10pm Monday through Thursday next week, then 3-midnight the following Sunday before 1-10 again the rest of that following week. I view it as a form of Purgatory before hopefully getting an interview and starting a promising new PERMANENT job that I would love.

Still, there is some good news to report here. Purdue's Maria Hernandez brought home some pretty special hardware today. The recent Purdue grad brought home the Honda Sports Award as the nation's top collegiate golfer today. She is our first ever National Player of the Year and is now eligible for the Honda-Broderick Cup. Earlier, she joined diver David Boudia as an NCAA champion in her sport (though Boudia did win three NCAA titles this year.) 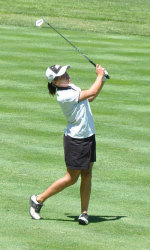