Share All sharing options for: Support the Iranian Protesters

Congress shall make no law respecting an establishment of religion, or prohibiting the free exercise thereof; or abridging the freedom of speech, or of the press; or the right of the people peaceably to assemble, and to petition the Government for a redress of grievances. -- The 1st Amendment to the United States Constitution

We have this right. Hopefully, the people in Iran will soon. No matter what you believe, people have a right to voice their opinions freely. Those in Iran that continue to take a stand are incredibly brave. I support them 100%, and I am thankful that I live in a country where my freedom to speak is not restricted by a petty government, scared of losing its power.

This is a government that views women as having no voice. They are second class citizens, yet they are at the front of this protest.

In support of those standing up for their freedoms without them being guarantees, Hammer and Rails will go silent until Tuesday afternoon. Feel free to voice your support in the comments. 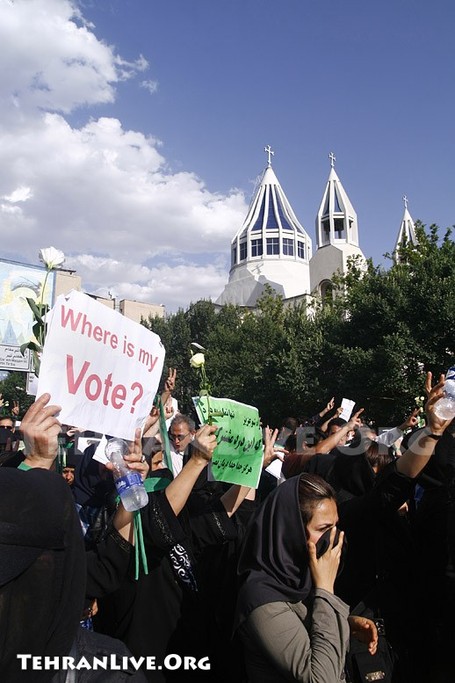