As we were leaving Ross-Ade this afternoon, my wife and I picked up a couple of schedule posters. The above is the theme for this year, as it features Coach Hope with Zach Jones, David Pender, Ryan Kerrigan, Jared Zwilling, Keith Smith, and Mike Neal. The poster also lists different themes like, "One family", "One more hour in the film room", and "One more rep in the weight room". Fittingly, it is year one of a new era. 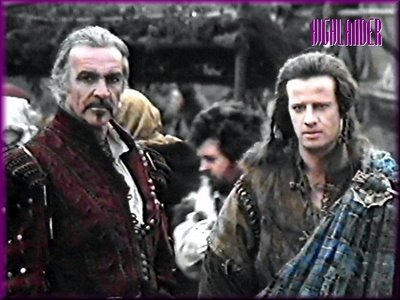 There can be only One...

To some, today was a big joke. As I went around the stadium, I heard many snide comments about the action on the field. Many of those with high opinions do not believe in this team already. I heard that today was the lamest thing that the school has ever done. I heard that this year's bucket will need a modified scoring system like today's scrimmage had in order to get points on the board. I heard that Hope vs. Lynch would be an awful coaching pair, but that November 21st and the Bucket game is all we have to look forward too.

However, being on the field after the game, I saw a different dynamic. For those that didn't even bother to get themselves close to this team today, they missed a chance to see a team that is truly starting to come together as one. A recent big problem for Purdue is that it hasn't truly played together as a team. We have had individual stars put the focus on them and the team has suffered as a result. The 2005 team was the worst for this, but the issue wasn't entirely gone the past three years either. This year's edition is different because we don't have a single "star". We don't have a guy like Painter that is being promoted for individual awards, or Bernard Pollard who is gracing us with his presence before going to the NFL. We're lucky to have a handful of guys that are on a Big Ten honorable mention list.

I like it that way. This year's team reminds me a lot of Coach Tiller's first squad in 1997. It has zero expectations. It has a fifth year senior quarterback coming off an injury and looking for one last shot to make his mark. It has a defense that is underrated, but is going to fly to the ball and hit hard. It doesn't have proven receivers, but it has some incoming freshmen that look to be very promising from Florida (remember Vinny Sutherland?) It has a potential thunder and lightning running back trio of Al-Terek McBurse, Jaycen Taylor, and Ralph Bolden that reminds me of Edwin Watson and Kendall Matthews. Shoot, we even begin the season with Toledo.

Most importantly, these guys are coming together as a team. They believe in Coach Hope. Many of the guys had "One" shirts on underneath their pads today. They are coming together under that philosophy and realizing that being "One" is the only way they will have success both now and in the future. I spent the day mostly as an observer and the vibe I got on the field with the players interacting with the diehards that met them afterward was a complete 180 from the naysayers I heard earlier.

As for the results on the field, you can only base so much on the raw statistics of a controlled scrimmage such as this. I was very impressed by the defense. I felt they were doing a great job of containing sideline to sideline and they allowed very little deep or over the middle. The caveat to that is that we were missing Taylor and McBurse, who will be keys cogs of the offense. We were also missing several freshman receivers that will contribute in the fall. In a scoring system such as today it tends to favor the offense, but the defense held its own. They did force quite a few three and outs, but that is to be expected because the defense will be the strength of the team. They also forced five turnovers.

The offense does need some work, but there were some promising signs. Aaron Valentin had some very nice catches in traffic and one was a good catch and run over the middle. Keith Smith looks to be a solid possession receiver. Bolden and Dan Dierking handled most of the rushing duties, but Royce Adams had a very good 31 yard gain on an end around. The running game worked a lot better than the passing game, but who really cares? I don't care if we run the ball, pass the ball, or Elliott bends over and fires it out of his butt. As long as we move the ball down the field consistently it doesn't matter. If the running game is going to be a strength (and it looks like it will be, as Bolden and Dierking both look much improved to give us four solid backs) let's use it.

Joey Elliott looked a lot more polished than any other quarterback. He is most likely going to be the starter, and I can see some serious Billy Dicken potential for him if the freshmen contribute at receiver. He's not going to light the world on fire, but if he can manage a game without making big mistakes we'll be just fine. TerBush looked pretty good to me, especially rolling out of the pocket. I like his size and I do think he is a player with a lot of promise.

Defensively, Jason Werner looked healthy and had a very good 39-yard interception return. The linebacker corps has been a glaring weakness for years, but Werner, Antwon Higgs, Dwayne Beckford, Chris Carlino, and Joe Holland give us talent and depth at the position.

I ran into Boilerdowd at the game. He spoke with Werner at the fan fest before the game and the result of their conversation was very interesting. He said that Werner was very confident that this defense was going to be very good. He said it would be vanilla on the day as they wouldn't show a lot either. I'll tell you, if today was vanilla I cannot wait until we get some toppings in the fall.

There wasn't a big chance to assess special teams, but there were still good signs there. Carson Wiggs hit a 52-yard field goal, but he also missed from 44 and had one blocked. Chris Summers outperformed Cory Kemps, averaging 43 yards per punt. The senior looks to have found a home back there, and it is my hope that he ends his up and down career on a high note this season. Chris has had a lot said about him in his first three years. I hope it is a quiet year for him, because people only talk about punters if they are doing something wrong. We didn't show a whole lot in the return game, but that is to be expected since it is a spring game.

There is still a ways to go for this team. We're not going to win the national championship. We're also not likely to win the Big Ten. We're never going to have the talent of a Miami, an USC, or a Texas, but I can see these guys coming together as one. The next step is to get the new freshmen on board, and that will take leadership from guys like Elliott, Pender, Kerrigan, and others who have been here awhile. We may have better talent coming in, but those upperclassmen will leave their mark in the example they set for those coming in.

Some people believe they wasted their time at Ross-Ade today, and there are people that will tell you that you will waste your time for following them. I did not waste my time today. I saw this game from many angles thanks to the press access granted by the athletic department. From the sixth floor of the Shively Press Center down to the actual field I saw a program looking for a new direction, and to me that direction was found today. I am more excited to follow this team after simply observing the dynamic in the stadium today. If they are taking an attitude of everyone coming on board as one team with one focus, then sign me up as the official writer to chronicle this journey.