We own the night! First football game time announced

Share All sharing options for: We own the night! First football game time announced

I just received a press release from the Big Ten officially announcing hte game times of 14 Big Ten games that will be featured in prime time. While most of the games don't involved the Boilers, there is one huge difference.

The September 26th game against Notre Dame at Ross-Ade Stadium will be a night game, as it will kick off at 8pm on ABC or ESPN.

Historically, this does not bode well for us. The only two times that Notre Dame has won at Ross-Ade since 1995 came in night games. A september 11th delayed game in 2001 started at 4pm on December 1st and an awful Irish team beat us 24-18. Then there was the infamous 2005 game. Charlie Weis and the Irish absolutely pantsed us in a 49-28 walloping that wasn't even as close as the score indicated. That was one of the most embarassing Purdue efforts I have ever seen and I remember being so pissed that I left at halftime. That game started at 6pm, so it was such a letdown after a full day of tailgating. 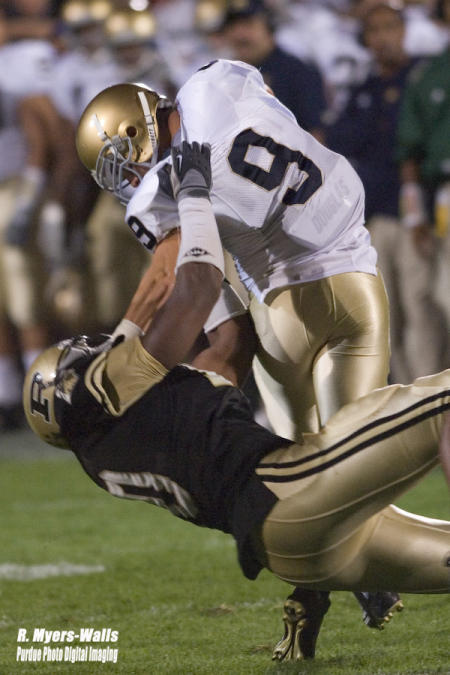 Our effort the last time the Irish played at Purdue in prime time could easily be described as "craptacular".

As far as other prime time games go, the schedule shows a big need for permanent lights at Ross-Ade. Indiana, yes, 3-9 Indiana that thinks they are better team by moving their best player to a less effective position, gets three night games because of permanent lights. They open the season against Hope-less Eastern Kentucky at 8pm on Thursday September 3rd (Big Ten Network). They also get a 7pm kickoff against Ohio State on October 3rd (BTN) and the same time at home against Illinois on October 17th (BTN).

The next game I expect to get announced is our September 12th game at Oregon, which will surely be at least a 3:30 one. USC at Ohio State will be at 8pm on ABC that day. The final game of note is the Air Force at Minnesota game on the same day. TCF Bank Stadium will debut in prime time at 7pm on the Big Ten Network that day.