Cougars on the Prowl

Share All sharing options for: Cougars on the Prowl

I'm going to go ahead and combine the preview of tonight's game with the game thread, so feel free to make any game comments here. I'll be covering a high school game up in Noblesville, so I won't be able to watch most of the game. Honestly though, it shouldn't be much of a contest. We're the #4 team in the country and SIU-Edwardsville is a 2-9 provisional member of Division I. They have yet to officially join a conference (they are joining the Ohio Valley Conference, but won't begin play until 2011-12). It is the case of a Division II power moving up to Division I and struggling a bit. Let's take a closer look at the Cougars. 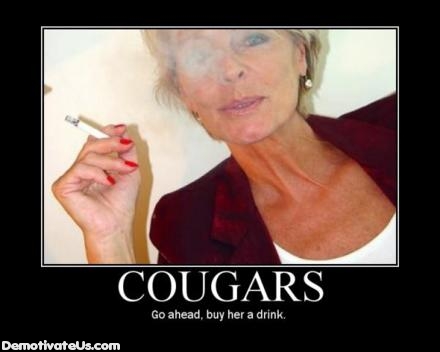 As expected with a provisional D-1 member, there is not a lot of history for the Cougars. They are not going to be a threat to be in the NCAA Tournament until they are eligible for OVC tournament play, which is not until the 2012-13 season. Because of that, they still have a few more seasons just like this one. They will go on the road, play for paychecks, and try to grab a few wins in the process. Other than their season opener at Illinois we are the only high major team they will face. The two wins have come against Drake (a middle to bottom MVC team) and Texas-Arlington (a .500 Southland Conference team that made its first NCAA Tournament in 2008).

SIU-Edwardsville is a very young team with just three seniors. Those seniors, Denykco Bowles (5.3ppg, 3.6rpg), Stephen Jones (6.4ppg), and Aamir McCleary (10.2ppg, 4.3 rpg, 4.2 apg) are all key contributors for the Cougars. McCleary and 6'6" sophomore forward Mark Yelovich (15.1ppg, 6.7rpg) are the only to players who average in double figures for scoring. Yelovich leads the team in poitns and rebounds, but I suspect he will have some difficulty tonight. He can step out and shoot the three (10 of 46 on the season) but he only shoots 37% from the field. He is an 82% foul shooter.

McCleary is a 6'1" guard that can both score and distribute the ball. He has a respectable 4:3 assist-to-turnover ratio, so he is good at getting the ball around. After him, however, the scoring options drop off severely after him. LeShaun Murphy(6.5ppg in just 13 minutes), Nikola Bundalo (4.9ppg), David Boarden (4.5ppg), Dobrivoje Mavrak (2.1ppg) and Kevin Stineman (3.1ppg) round out a nine man rotation that relies more on team scoring than one individual scorer.

That is where seeing a monumental upset tonight becomes so difficult. Bundalo is 6'10 and Mavrak is 6'9", but they are far from effective in the paint. Everyone else is 6'6" or smaller. When we have guards like Kelsey Barlow that can match up with their forwards defensively like Yelovich that becomes a difficult problem for the Cougars to overcome. The numbers aren't there statistically, either. SIU-Edwardsville shoots only 41% from the field, 30% from three, and 68% from the line. They turn the ball over more than 15 times per game (again, against much worse defenses) and they only score 61 points per night. Only Ball State failed to score 60 points against them, that was a 10 point loss.

Honestly, there is absolutely zero excuse to lose this game. That said, there was zero excuse for the women's team to blow a seven point lead with two minutes to go at home last night in a loss to Gardner-Webb. The only way I see Purdue losing this one is if we are completely disinterested for 40 minutes, JJ, Robbie, and E'Twaun come down with the weird Asian Death Flu, and we have to start a Walk-on Whiteout and play them for most of the game. Even then, I'd probably pick us by five.

This is a team we should beat easily even without the starters playing at all. Players like Kyle Coleman, Stevie Loveless, and Dru Anthrop turned down offers to schools like SIU-Edwardsville for the opportunity to play at Purdue, so that should give you an idea as to the level of competition we are facing tonight. This is not a slight on the Cougars. As they adjust to D-1 life they will recruit and get better. This is a team that was pretty good as a Division II school and played us tough in a 2005-06 exhibition.

That Purdue team was missing Carl Landry, David Teague, and finished 9-19 in Matt Painter's first season. This Purdue's team is light years better, and we will most likely see that tonight against what is probably the weakest team on our schedule.