Share All sharing options for: Welcome to the Fold: O.J. Ross, Ricardo Allen, and Chevin Davis

I apologize for the lateness of this entry. I started a new job today that I'll be working through the end of the year and did not have a chance to work on an entry. The entries will probably be later on the day for a few days at least until the job schedule settles down.

In the meantime, I don't know a single Purdue fan that wasn't excited with yesterday's news. O.J Ross' commitment means that we will have a four star lineman (Ken Plue), running back (Al-Terek McBurse), quarterback (Robert Marve), and receiver on offense. Allen is a guy that can play immediately in the secondary, probably pairing with Jhonny Faustin to give us to very fast corners. Davis is more of a mystery, but it will be interesting to see how he fits it in with a young and suddenly very crowded receiving corps.

Boiled Sports beat me to the punch a bit with some video today, but here is what else I found on these three guys:

O.J. Ross - WR - Speed, speed, speed. Ross appears to be ready to step in at the slot receiver position and produce like Dorien Bryant did for four years. If he has better hands and can avoid Dorien's trademark tipped-pass-interception it will be even better. If Ross is good enough to start immediately, expect him to be inside with Keith Smith on the outside. If he has the talent to start immediately it could be a very good thing, as we will go from barren to deep at wide receiver in a hurry. Remember, we still have Keith Smith, Keith Carlos, Cortez Smith, Waynelle Gravesande, and Antavian Edison back as guys that have caught passes this year. We also get Gary Bush, Eric Williams, and Xavier Reese from this year's class that are currently redshirting (Edison may yet redshirt as well). In 2010 We get Jeremy Cornelius, Charles Torwudzo, and Isaiah Williams to go with Ross and Davis. Cornelius, Torwudzo, and Williams are more likely to be outside receivers, but the common component is speed. 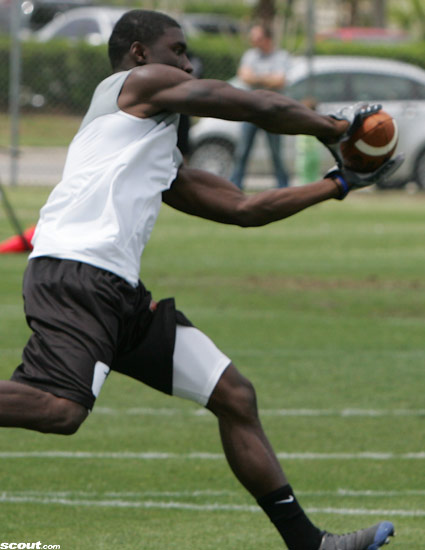 Cornelius is clocked at 4.45, Ross 4.4, Edison 4.45, and Williams 4.4. Coach Hope has already shown that it will be open competition every week, so whoever can catch the ball with regularity will get to play. That is especially true after this past week's display in Madison, where even Keith Smith had the drops.

Ross is a big play guy. His stats last year tell the story. Like many of our other recruits, these guys come from a program that knows how to win as well. Mainland was 11-1 last season, falling by just a single point in round 2 of the state tournament. This year they are 6-2 so far.

Ricardo Allen - CB - More speed. I can see Allen pairing with my quickly developing man crush Johnny Faustin to be a pair of lockdown corners. The only knock against them I can see is size. Faustin is 5'10" 170, While Allen is 5'9" 175. It has been said of both that if they were taller they would be even more sought after. I like these guys, but Have visions of the short Chris Clopton getting dominated on fade after fade in the Rose Bowl to Washington's bigger receivers. 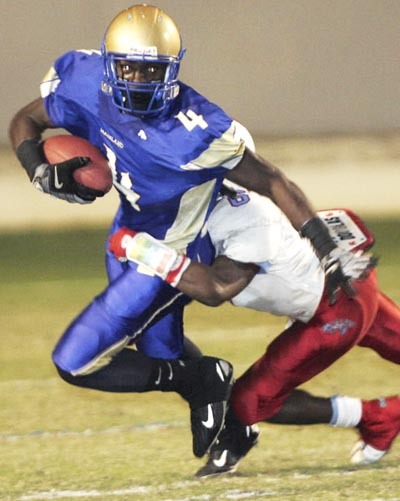 It is a very good sign when you search a cornerback and the first photo you see is him with the ball.

I don't think size will be much of an issue though if they can live up to their athleticism. I also really like E.J. Johnson as a ball-hawking safety, so I think he fits in well with these guys. They aren't as tall as David Pender and Brandon King, but they may be more athletic.

Chevin Davis - WR - With all the receivers mentioned above where does Davis fit in? He is a bigger receiver than Ross, but he might be suited to a slot role more because he doesn't have a ton of size. I see him more as a developmental player that will redshirt next year, but I could be wrong. Mainland's coach has talk about how all three of these guys are hard workers, so I wouldn't rule out seeing him on the field immediately. His stats last season were comparable to Ross', so we might have a hidden gem here. 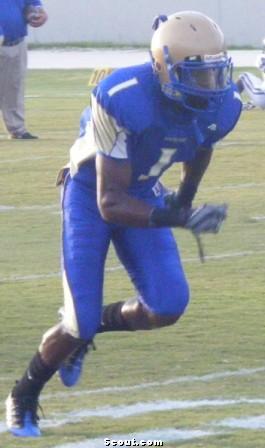 The mystery of this group?

We can't think of Davis as simply riding the coattails of Ross and Allen to Purdue. He is a damn fine ballplayer in his own right that has been gathering plenty of interest from other schools.