Share All sharing options for: Luckily, there’s a Family Guy

First off, I finally have a name to thank for the "Defense Lives Here" banner. Thanks to the GBI basketball board for drawing my attention to this, as we have Paint Crew Secretary Zach West to thank for the idea of the banner. I love it. My only wish is that I want to be about seven years younger. If this had been there when I was a senior in 2002 I would have gladly been right down in front helping to put each number up. Unfortunately, in that first year of the Gene Pool (of which I still have my shirt) the turnovers would likely have been counted for us. That year I would have done a John Allison rebound counter, but it would have been useless because it would have never moved.

Next we get to the entry everyone has been waiting for. It has been a long time since I have done a power rankings. I have also had numerous suggestions to do it with a Family Guy theme, but I have been holding off until I moved over to Hammer and Rails. It was going to be one of my debut posts. Unfortunately, it doesn't look like it will work out. SB Nation is taking longer than I expected for the move and we're running out of season. Since last night's Penn State-Illinois game helped us in the standings (and set the game of basketball back about 50 years) I felt it was time. I'll also separate into categories the teams that I think are in the NCAA's at this point. We'll have locks, likely safe, bubble, NIT, and no chance. 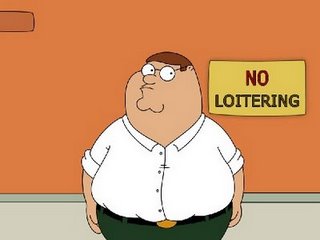 1. (1) Michigan State (20-5, 10-3) – Peter Griffin – Peter is the star of the show and its biggest draw just as Michigan State has consistently been the Big Ten's marquee team for the past decade. Like Peter, however, they have a tendency to screw things up royally, be it early NCAA losses to George Mason or losing at home to Northwestern. All five losses this year have been surprise home losses or blowouts away from the Breslin Center. They are still a lock and likely top three seed in March. 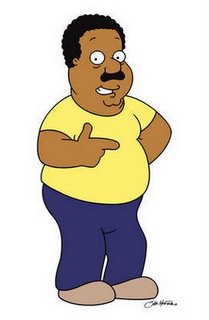 2. (5) Purdue (20-6, 9-4) – Cleveland – Cleveland often doesn't carry a show, but it wouldn't be the same without him. My favorite is a recent episode where his wife came back while he had a new girlfriend. Completely out of character for him, he had a great line of, "I'm no meteorologist, but I do believe it's raining bitches!" He is even keel like our defense, and rarely breaks through to stardom like our program as a whole. Allegedly, he has his own spinoff coming though, just like we can make the Final Four. We still have the potential for as high as a three seed, maybe even a two if we win out because we are much better with Robbie Hummel. This is just like Cleveland because he is much better when placed in great situations. 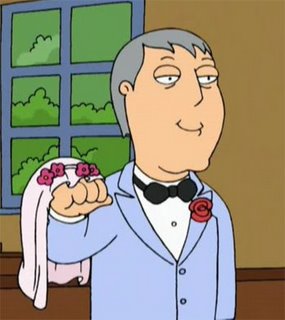 3. (4) Illinois (21-6, 9-5) – Adam West – I would have had the Illini higher, but last night's home loss was both painful and unforgivable. They looked like they didn't even know what they were doing while thinking they were above it all. This perfectly matches Adam West's character on the show. He is cocky and Illinois is cocky. I still recognize their two wins over us, however, because I think they are one of the worst matchups for us. That said, this team is a little flawed because if they aren't hitting shots they are awful like Adam West is a little off mentally. 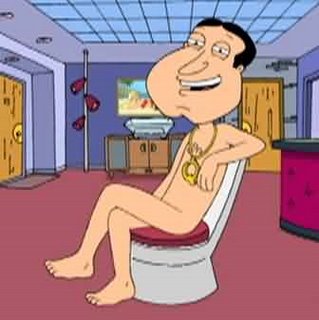 4. (6) Penn State (19-8, 8-6) – Quagmire – Penn State will take any NCAA bid like Quagmire will sleep with anyone. They ultimately want more Big Ten basketball respect about as much as Quagmire wants to sleep with Lois. Does that mean their upset in East Lansing (of Peter) was like finally getting Lois? We'll see. I think they are a lock as long as they don't blow the Indiana and Iowa games. That would give them 21 wins, 10 in a tough conference, and road victories at two of the top three teams. They also have home wins over Purdue and Minnesota. 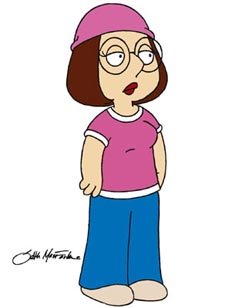 5. (2) Minnesota (19-6, 7-6) – Meg Griffin – Historically no one really pays much attention to Minnesota in basketball, but historically they are pretty good. Meg doesn't get a lot of attention from her family, but she has some very funny episodes. She can come through with some great material while being ignored just as Minnesota has this year. Minnesota has dropped a few games lately, but as long as they win their remaining three at home they are in. 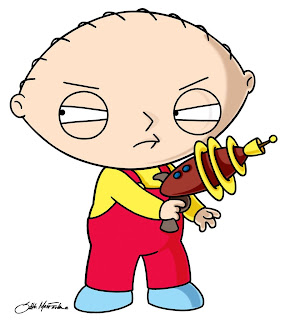 6. (8) Wisconsin (16-9, 7-6) – Stewie – The Badgers recent hot streak and victory in their only meeting with Ohio State has them ahead of the Buckeyes for now. They are like Stewie in that you always must take them seriously because they are plotting conference domination. Something always goes awry when they take good teams to the tournament though, just like Stewie's plans always fail. Having an NCAA discussion without them is like an episode with minimal Stewie. 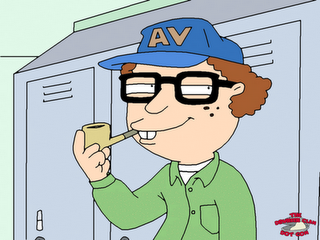 7. (7) Ohio State (17-7, 7-6) – Neil Goldman – Neil is constantly trying to be suave and sophisticated, so this fits Ohio State to a T. The last two losses are to teams they probably should have beaten, however, and the early season wins over Notre Dame and Miami have less strength now. Of course, we're all jealous of their position like Neil thinks everyone is jealous of him. 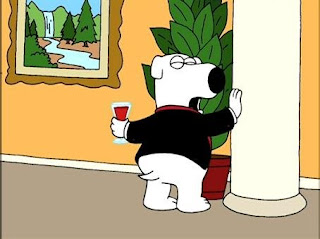 8. (3) Michigan (16-10, 6-7) – Brian Griffin – Brian never finishes what he starts, just as Michigan is not finishing off what started as a very promising season. Their lapses into stupid basketball is like Brian's drinking problem. You know it's coming, but you hope it doesn't stop them. They have three wins in their last 10 games and two of them were against Northwestern. The Wildcats would be here had they gotten both. They have a very difficult finishing kick where a tough trip to Iowa is the easiest game. 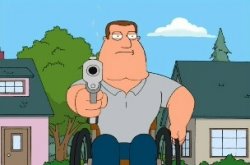 9. (10) Northwestern (14-10, 5-8) – Joe Swanson – Joe is physically strong and a great guy, but he is in a wheelchair. Northwestern players are incredibly intelligent and they have a lot of talent this year, but the way they finish games is like they are playing in wheelchairs for the final five minutes against people not in wheelchairs. I was shocked they finished off Oho State last night. It's too bad, but the home games they blew against Penn State, Purdue, Illinois, and Michigan all should be wins. That would have them as an NCAA team right now at 18-6, 9-4 easily. They might squeeze in if they win the last five because four of them are on the road, but they have to be kicking themselves at this point. Still, two more wins are possible and that would secure an NIT bid, which is huge for this program. 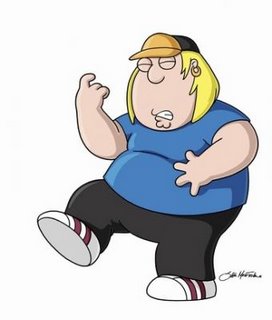 10. (9) Iowa (13-13, 3-10) – Chris Griffin – This is another team that is very unsure of itself, especially on the road, just as Chris is unsure of himself. At home they are decent, just as Chris is more confident in his room. Still, against good teams the evil monkey in the closet comes out. That causes them to panic and run away. Iowa could also be the evil monkey itself. Chris isn't a fantastic character, but Iowa isn't a fantastic basketball team. Both are very mediocre. 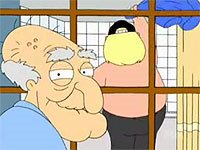 11. (11) Indiana (6-18, 1-11) – Herbert the Pervert – Admit it, everyone has been waiting for this one I'll even field suggestions as to other characters they can be. I had to give them Herbert the Pervert though because they are old remembering the glory days while obsessing over young boys that are going to save them. This would be even better if Steve Alford were the coach of Iowa, since Iowa is compared to Chris Griffin above. I can't mention this without sharing the lovely photoshop work of Abugabby on the GBI basketball board. This should stoke the fires for Saturday a little. 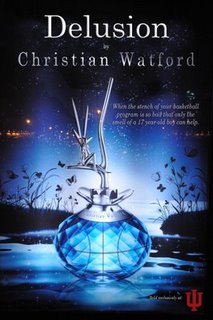 I do have to give John of the Hoosier Report some great credit for an excellent rebuttal of Deadspin's knee-jerk reaction to IU's situation. I make fun of Indiana, but I am supposed to as a rival. They will be back. Remember, North Carolina had an 8 win season not too long ago. I respect coach Knight for waht he did in Bloomington while running the cleanest program in the country. That is what makes what happened last year so much worse.