Share All sharing options for: South Park takes over the Big Ten rankings

An earlier rendition of the Big Ten Power Rankings involved the infamous Dead Hooker in the Trunk theory. Astute reader Scotty Leisure had an addition to that theory, now adding to the highest levels in terms of forgiveness. The scale now reads as follow, from least amount of forgiveness necessary to most:

This will, of course, get me in trouble with multiple gay rights groups and other people who have had their sense of humor surgically removed, but the beauty of having a forum like this to write in is that I don’t have to care. I do have a sense of humor, and can understand a joke when it comes up, even in poor taste.

The number and frequency of dead hookers allowed for each team in the conference has certainly changed since that original entry. I won’t go back and re-evaluate via dead hookers, but it is time once again for a themed Big Ten Power Rankings as most teams now have 3-4 conference games under their belts. This time each team is assigned a South Park character to explain their ranking. 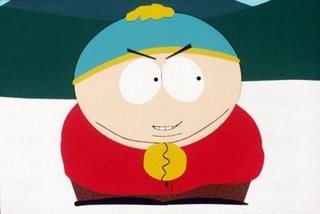 1. (7) Michigan State (Eric Cartman) (13-2, 3-0) – Michigan State makes a huge jump having reeled off eight straight wins since the last rankings. Four of those wins (Texas, Ohio State, Minnesota, and Kansas) are against NCAA-worthy teams that have been ranked at one time or another. They are the only team still unbeaten in conference play.

The Spartans get Cartman because they aren’t particularly liked by everyone else, but the conference would not be the same without them. For more than a decade they have been the most consistent team both during the regular season and in the tournament. Just as Cartman drives the show as its funniest character, Michigan State drives the Big Ten. They are a lock for the NCAA’s barring a major collapse. 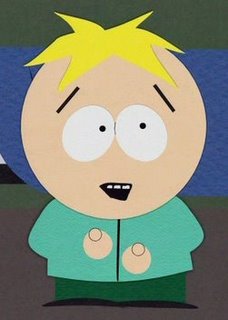 2. (6) Minnesota (Butters) (15-1, 3-1) – I had to give them Butters because they are a major player this season, but no one is really sure of them even at 15-1. Because they do have a weak schedule, they may still be unsure of themselves like Butters. Only six of their final 14 games are in the Barn, but as long as they win five of those and don’t go totally winless on the road they will be dancing in March.

I just don’t think Minnesota has enough scoring to stay this high throughout the conference season. They already whiffed on a chance to take down Michigan State in Minneapolis, but they do have the bonus of not having to go to Purdue. Their next four games will tell us a lot about them as they have two relatively easy games (Northwestern and Indiana) and two tough ones (at Wisconsin, Purdue). 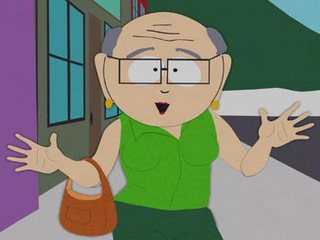 3. (1) Michigan (Mr./Mrs. Garrison) (13-3, 3-1) – Michigan’s sudden transformation into a major player in the Big Ten race is much like Mr. Garrison’s sex change. At the time, it was totally unexplained, but not entirely unexpected. This is a major program that has been lying dormant for way too long. It had to go on probation like Mr. Garrison when he was fired for being gay. Now they are back and you can pretty much expect anything from huge wins to struggling games.

Michgian is clearly up and down after struggling at Indiana. The Hoosiers choked on that one because most of the time blowing a 20 point lead is at the hands of the team with said lead. Seven more conference wins are reasonable and that would have them dancing. 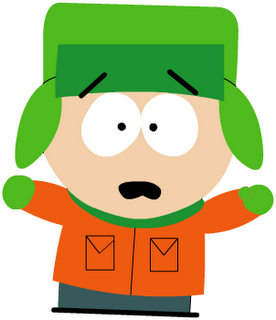 The Gordon saga reminds me of the Cartmanland episode. Illinois whined and complained about losing Gordon last year an struggled as a result. In Cartmanland, Kyle is jealous that Cartman gets a million dollars and buys a theme park, taunting Kyle in the process. As a result, Kyle comes down with a hemorrhoid and nearly dies from it. In the end, Cartman has everything taken from him because he broke the rules and Kyle recovers to lord it over him. Sound familiar? This year, Illinois is an NCAA team with even a 9-9 conference finish, while Indiana will be lucky to win a game.

5. (4) Purdue (Jimmy Vulmer) (12-4, 1-2) – Jimmy is a dynamic character that can hang with anyone on the show. Unfortunately, he is handicapped. This is Purdue with all the injuries right now. I think the Boilers are the only team that can play with Michigan State right now. The qualifier is that they need to be totally healthy to do so. Sunday’s win over Wisconsin showed that.

Even in that, they are still pretty good without Hummel and Kramer. The Penn State game really should have been a win if Purdue just could have grabbed the basketball. The Illinois game would have been a win with a better performance from the line. Until Purdue puts it all together they are Jimmy: brilliant but flawed. They are an NCAA team as long as they don’t totally collapse. 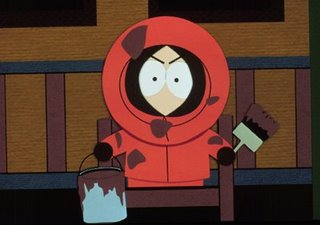 6. (9) Penn State (Kenny) (13-4, 2-2) - I like Penn State’s core. Battle, Pringle, and Cornley are as solid of a big three in this conference as you can have. They are like Kenny in that they play the game well, but people expect them to die because of a lack of previous success. They are also very poor in terms of fans. The Purdue-Penn State game last week was an embarrassment for a Big Ten home crowd even if there were no students on campus.

Penn State has little margin for error, but they can be an NCAA team as long as they defend their home court well and get 2-4 wins on the road. If they can knock of Michigan State tomorrow night they’ll take a major step forward toward the dance (and help Purdue in the process). Until, I think they are the most precarious of the eight teams with legit NCAA hopes. 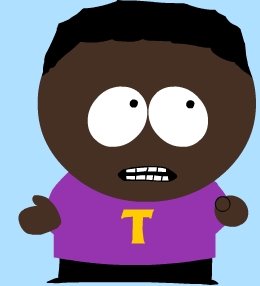 7. (2) Ohio State (Token) (11-3, 1-2) – Token is the richest kid in South park. He has all the cool stuff that none of the other kids have. That fits Ohio State to a T. They keep getting all these great recruiting classes and facilities, but everyone hates them for it. Token is accepted by the rest of the group, but they make fun of him for being rich.

Ohio State is still an enigma as they are battling injuries like Purdue. They’ll get some nice mileage out of non-conference wins over Notre Dame, Miami, and Butler, but like last year they need to do better in conference. Five of their next seven games come against ranked teams and they need to get one or two of them to be in serious consideration for the NCAA’s. If they do that they will have more leeway because of the non-conference profile. 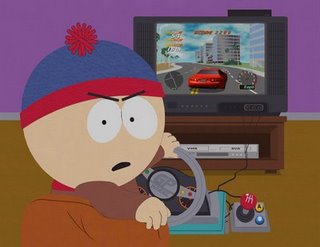 8. (8) Wisconsin (Stan) (12-4, 3-1) – There is nothing really special about Stan other than that he is a major character. The same is true for Wisconsin. They play tough defense, but when teams play it back at them they struggle to score as Purdue showed. They’ll get their share of wins and may even make it to the tournament in a crowded field, but I am still not really sold on them. They haven’t beaten anyone of note yet, but they don’t have a bad loss.

Wisconsin is one of those teams that will be a middle of the road tournament team as long as they reach 20 wins. They should get there by beating Iowa and Indiana twice, then grabbing four more wins elsewhere. They won’t be flashy in doing it, but they got to the Final Four in 2000 without being flashy as Purdue fans sadly remember. 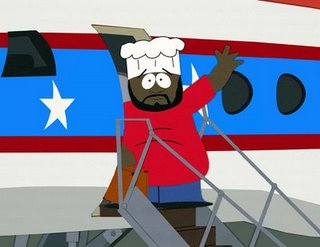 9. (10) Iowa (Chef) (11-6, 1-3) – Everyone comes to Chef for free advice, just like everyone is hoping to come to Iowa for an easier win in an otherwise brutal conference schedule. Just like Chef can carry an episode or two though, Iowa is good enough to get a few wins and still make it to the NIT. Iowa is probably still a year away from making the jump back into the Big Dance, but they could be one of the dangerous teams that makes a run in Indianapolis and scares everyone that they are going to steal the automatic bid. 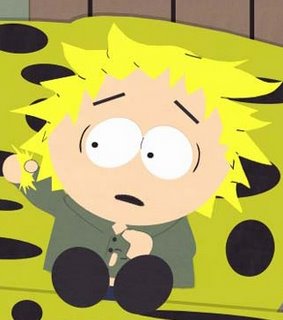 10. (9) Northwestern (Tweak) (8-5, 0-3) – I like Northwestern, I really do. I want them to have success because they have never had any measureable basketball success. They had a small chance to come into Big Ten play, make some early noise, and threaten to break the NCAA-less drought. As Tweak says, "Gah! Too much pressure!"

The NCAA dreams are likely done barring an un-Northwestern-like performance the rest of the way. Theya re still a talented team that is going to knock a few teams off. They can still potentially make the NIT, and that would be huge for them.

11. (11) Indiana (Officer Barbrady) (5-10, 0-3) – There were a number of characters I could have used here. I debated using Grandpa Marsh (they always talk about the past), Saddam Hussein (dead, but still think they have power), Towelie (screw this season, let’s get high, especially with last year’s drug allegations). Ultimately I went with Officer Barbrady. He’s dim-witted, but dang it he tries his best to defend the citizens of South park. Indiana this year lacks talent. But they do play hard. That’s better than nothing.