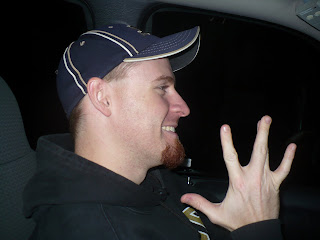 It has been a few days since I have been able to write, so I missed pretty much everything from the Iowa game. My grandmother finally passed early Thursday morning, so I had to make travel arrangements all day Thursday. Saturday we flew down to Columbia. Naturally, we had to do the family thing in South Carolina all day on Saturday for the funeral. I only managed to catch the final few minutes of what turned out to be a pleasant blowout Sunday afternoon. Yesterday was another travel day, plus I was suffering the effects of the Plague and felt like I had been run over by a truck. The effects are still there today, leading to this rather half-assed attempt at publishing. Needless to say, I haven’t been able to think much about the Iowa game. Fortunately, Boilerdowd was able to provide an excellent analysis complete with shiny graphs and everything!

After we struggled with the Hawkeyes so much in last year’s home contest it was a welcome relief to see us stomp a team at home. This is especially true coming just a few days after a rather lackluster effort up in Evanston. That close win doesn’t even look as bad now that the Wildcats rose up and got a huge win over Minnesota on Saturday. The Wildcats are an incredibly dangerous team as everyone found out this week. It would be very nice if they can help us out by knocking off Michigan State tomorrow night.

Back to our win over Iowa though. The keyword in that game was balance. We didn’t have one player going off for 30 points. Instead, we got solid contributions from everyone on the floor at both ends. We limited our 3-point attempts, but we didn’t need to shoot that many by hitting two thirds of our attempts. Out defense hassled them into a sub-40% shooting day and caused 18 turnovers. By comparison, Iowa was shooting 46% on the year and averaged little more than 12 turnovers per game. David Palmer got loose a bit, but we clamped down on everyone else.

Offensively I cannot stress our balance enough. Five Purdue players had 9 points or more. We efficiently ran our offense and didn’t get in a hurry against a team that likes to play defense. We even managed to cut down on our own turnovers. In short, we played like the top 10 team many expected us to be when the season started. Teams like that easily take care of business at home against the bottom of the conference. Iowa is only about a step behind everyone else at the moment, but as we saw that is a pretty big step.

That leaves us with a pretty big game Thursday night at Minnesota. The Gophers are reeling a bit after losing at Northwestern. They are a bit of an enigma in that they pulled off a rare win at Wisconsin, yet they struggled at Northwestern. They play well at home, but they were unable to hold a lead later on against Michigan State in the Barn. The Gophers are the only team we do not face in Mackey Arena this season. Beating them would be a major boost to our conference tournament championship hopes. I will have more on the Gophers later this week when I do a full Minnesota preview, but it is safe to say that these next five games will decide if we even have a chance to win the Big Ten.

I am always thinking about our NCAA Tournament seeding and chances. That is why I like to take a look from time to time at how our non-conference opponents are doing. Our current RPI is just 51, meaning we definitely need to keep winning games in order to feel safe. Here is a quick look at how all 13 opponents are doing so far:

Detroit (4-12, 0-7 Horizon League) – Just about the best thing Detroit has done this year was last week’s four point loss at Horizon League leader Butler. The Titans actually led by four at the half, but couldn’t hang on. They are winless in the Horizon League and everyone else has at least two wins.

Eastern Michigan (3-14, 1-2 MAC) – We continue to get no help from the Eagles as they actually have a loss to Detroit. The one MAC win came in overtime against Central Michigan last week. It was their first win over a division 1 team this season.

Loyola-IL (11-8, 3-4 Horizon League) – Loyola is only going to be a tournament team if they win the Horizon League tournament, but they are at least getting a few wins to help us out. They are threatening to get into the top 100 RPI-wise too at 136 currently according to CBS. They have struggled against the better teams in their league, but it is a surprisingly tough conference.

Coppin State (3-15, 1-4 MEAC) – The Eagles are in dead last place in one of the worst conference in the country. Their one conference win came against North Carolina A&T, who will not be mistaken for the Tar Heels any time soon.

Boston College (13-6, 1-3 ACC) – The youth of the Eagles is starting to come through. After the huge upset at North Carolina, Boston College has lost four straight going into tonight’s game at Georgia Tech. They desperately need a win or the last place Yellow Jackets will pass them in the ACC. The four straight losses have come to Harvard, Miami, Wake Forest, and Virginia Tech. What’s worse is that all the losses were at home except against Va Tech. That has dropped them to 66 in the RPI.

Oklahoma (17-1, 3-0 Big 12) – The Sooners continue to dominate the Big 12, having already grabbed a pretty big win over rival Texas. They are playing like one of the best teams in the nation, which makes our missed opportunity against them that much larger.

Duke (16-1, 3-0 ACC) – I am really amazed at Duke. They have played one of the toughest schedules in the country, but have come through virtually unscathed. The Michigan loss is more of an anomaly than anything. They have quality non-conference wins over Georgetown, Purdue, Davidson, and Xavier. Next week’s game at Wake Forest is a potential #1 vs. #2 matchup.

Arkansas Pine Bluff (4-12, 3-2 SWAC) – For what it is worth, the Golden Lions have been playing some pretty good basketball in an awful conference. They currently sit in 4th place after a 101-77 win over Alcorn State. It is still not a good conference and they are headed to the play-in game if they make the tournament.

Ball State (7-8, 2-1 MAC) – The Cardinals are headed in the right direction in the always competitive MAC. Tonight they host Western Michigan with first place in the conference on the line. Western Michigan is the only team still unbeaten in MAC play. That makes for a very muddled conference, especially if Ball State wins tonight.

Indiana State (4-14, 2-5 MVC) – I can’t figure out the Sycamores. One of their conference wins was an overtime victory at Northern Iowa. The other was against Illinois State in overtime. Both of those teams are at the top of the Valley standings at the moment, while Indiana State has done little else. They are way too up and down to rely on for any solid help.

Davidson (14-3, 7-0 Southern) – The Wildcats are officially on cruise control once gain in the Southern Conference. They did not lose a conference game last year, and this year they need more of the same just in case of a conference tournament stumble. They even already have a road win at second place College of Charleston.

IPFW (7-11, 2-5 Summit) – Dane Fife’s squad continues to struggle in Summit League play. Saturday they have the alphabet bowl against IUPUI. They will be no help unless they win the conference tournament. Division 1 newcomer North Dakota State is running away with the conference, but they have a group of seniors that has been building toward this year as their first that they would be post-season eligible.

Valparaiso (5-14, 2-6) – Valpo jumped from the Summit League to the Horizon League as a step up in weight class and so far it is not paying off. They lead only Detroit in the standings and have not been close in several of their games.