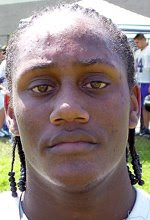 The beginning of the New Year has already brought Purdue a major gift. While we’re still reeling form the loss last week there was a double dose of good news yesterday. The Illini’s loss at means we once again control our own destiny in the Big Ten race. In doing so, we simply cannot afford to drop another home game at all. 14-4 will likely give us a share of the title since every non-IU game is likely to be close for the entire conference.

Another major bright spot was ’s massive road upset of last night. Supposedly one of the weakest links in our 11-3 record is our strength of schedule. That is easy to figure. In our 14 games we have played five good/great teams and eight really bad teams. , Eastern Michigan, Loyola-IL, UAPB, State, IPFW, and Valpo are all pretty bad. The only way any of them are going anywhere is through a string of upsets in their respective conference tournaments. , , , and Duke are all really good though. The worst of those is . Unless the Illini completely fall apart in Big Ten play (unlikely) it is hard to consider it a bad loss.

With ’s win over our victory over them looks better and better. They are already a top 25 team RPI-wise. They haven’t lost since we beat them. At 13-2, having a win at the consensus #1 team in the land (the fact that it came in is even better) they are likely just seven ACC wins from getting into the tournament. Yesterday’s result moved the win to the top of our eleven. Last season we were lucky to get one solid non-conference win () with a couple of bad losses (, Wofford). This year we have two pretty good wins with no bad losses. We also lost early in conference play and still were right there for the championship.

The win over should also prove that no one is ever safe. had been destroying everything in its path. They had certainly played like they were going to go undefeated. Until last night no one had been within 15 points of the Tar Heels. Now they are 0-1 in the ACC. Oklahoma dropped an unexpected game at this week. We lost at home in overtime to . and . These are all examples of how one slightly off night can cost you dearly. Right now you could argue that we are two made free throws from being 13-1. I say that because we missed at least one free throw in regulation against both and . That one make would have switched the balance the other way. As long as we recover and get on another winning streak things will be fine. had losses as top 10 teams this week (albeit to other top 10 teams). Notre Dame lost at

I wanted to draw some attention to this for a couple of reasons. was one of our tune-up games in the exhibition season, so there is a bit of a link. After doing a little research I found they are actually one of the top Division II teams in the country. Based in they don’t exactly draw much national attention. Coach Don Meyer, however, got is 902nd career victory last night to tie him with Bob Knight atop the wins list for NCAA Men’s basketball coaches. His 902-301 record is better than Knight’s 902-371 mark percentage-wise, though Meyer has just one national championship.

His longevity is already a great story, but the way he has broken the record this season is even more astounding. Before the season Meyer was involved in a very serious car accident. After falling asleep at the wheel while leading his team home from a retreat, he crossed the center line and hit a semi-trailer truck head on. The accident cost him part of his left leg, his spleen, and part of his small intestine.

Unfortunately, that was the good part. The bad part of the ordeal is that doctors discovered cancerous lesions on his liver and small intestine. Through all this, he hasn’t missed a game. He coached against Purdue less than a week after getting out of the hospital.

This is just an incredible story and shows how much the game can mean to some people. Basketball helped my mother recover from her cancer surgery 21 years ago. This man is using it as his strength as he battles something even worse. There are not words that do that justice.

Recruiting news of all kinds:

In an interesting early battle for bragging rights IU-recruit Derek Elston and Purdue-bound Patrick bade faced each other last week in the championship game of the Hall of Fame Classic. For those outside of , the Hall of Fame Classic is generally regarded as the top in-season tournament in the state. It also does not limit itself to classes, a handicap the IHSAA refuses to recognize. Bade’s Franklin Central won the tournament 43-41 in an overtime championship game over Elston’s Tipton squad. The duel between them could be considered a wash. Bade’s team won the four-team affair, but Elston was named tournament MVP. Bade’s only loss on the season came at the hands of Lafayette Central Catholic in the Zionsville Tournament a week before.

As Boiled Sports reports, Purdue has three more unnamed recruits. It is mere speculation at this point, but if these guys are three stars or higher our once pitiful recruiting class (in some eyes) will look much better on paper. I don’t care about paper though. I want results.

Women’s basketball also picked up a solid commitment with point guard Courtney Moses from Oak Hill. No, it’s not THAT Oak Hill, known for its basketball prowess. It’s the Oak Hill High near . My late grandmother was actually a graduate of Swayzee High, one of the schools that consolidated into Oak Hill. Until now their most famous player was former IU star Jarrod Odle.

Moses is much needed after FahKara Malone suffered a pretty horrid sounding injury in a loss to last week. It should also be noted that Moses also has Oak Hill rated among the best teams in the state of regardless of class (8th in the latest overall state poll). Their only loss to date was in the championship of the girls Hall of Fame Classic to Ben Davis. That Ben Davis team has Purdue’s other 2009 recruit in DeeDee Williams. Oak Hill is 63-4 over the past three seasons combined with Moses running the show. Last season they were 26-1 and the only loss came against Heritage Christian in the class 2A state championship game. For the record, Ben Davis is currently ranked 3rd in the country according to USA Today and Heritage Christian is 8th having won three straight 2A titles. Her next game is against my own Kokomo team.