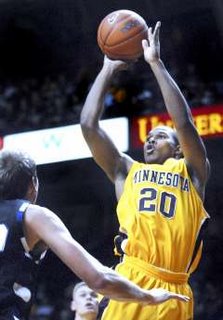 Second place in the Big Ten is on the line tomorrow night when the Boilers visit the Barn in Minneapolis. This will be our first trip to the Twin Cities since January 3, 2007. Even then it wasn’t a pleasant one. An improved Purdue team managed to play poorly and lose to a 6-8 Gopher team that ended up finishing 9-22. That victory was just one of three Gopher Big Ten victories that season, and it was in the midst of a very long road losing streak for us. The general consensus at the time was that we wouldn’t manage a road win in the Big Ten at all if we couldn’t beat lowly Minnesota, but fortunately we were proved wrong later.

We’ve lost in our last three trips to Minneapolis, the first two of which came during the struggles of Gene Keady’s final season and Matt Painter’s first year. Our last victory came on February 21, 2004. That win moved us to 17-9 on the season, but we would lose our final three regular season contests, a Big Ten tournament game to the Gophers in Indianapolis, and a first round NIT game at Notre Dame to finish the year at 17-14. It would be coach Keady’s final winning season.

The Gophers have won five of the last eight games against us, but we have won the last two (both in Mackey Arena). This year’s Gopher squad is a much different animal than in years past because of Tubby Smith.

Last season was a turning point for Gopher basketball. Since appearing in the 2006 NCAA Tournament the Gophers went on a bit of a downslide. Rock bottom occurred with the aforementioned 9-22 season in 2007 that cost Dan Monsoon his job. Minnesota certainly could have done much worse in replacing him with Tubby Smith. Smith only has an NCAA championship and coached Tulsa, Georgia, and Kentucky to 14 consecutive NCAA Tournament appearances. Smith has only lost once in the first round of those fourteen appearances and reached at least the sweet 16 in eight of those. He gives the Gophers a coaching advantage that few teams have in this conference and it is already starting to pay dividends in his second season at Minnesota. He and Michigan State's Tom Izzo are the only two current Big Ten coaches with NCAA championships

Minnesota turned things around with an NIT appearance last year. For most of the season I thought we would be battling them for the fourth NCAA bid. As it turned out, we got the quality wins needed in order to make it to the NCAA’s while Minnesota did not. They were a 20 win team, but the only win of note was over a flailing Indiana team in the Big Ten Tournament by a miracle shot.

This year the Gophers do have some wins of note. The biggest was a 70-64 win over Louisville in Glendale, Arizona. The Cardinals are currently a top 10 team that owns a win over former #1 Pittsburgh. Minnesota’s only two losses came at home to first place Michigan State and at Northwestern on Sunday. They have good conference wins over Ohio State and at Wisconsin, but North Dakota State (current leaders in the Summit League) may be their second-best non-conference win.

We should be concerned for tomorrow night’s game because Minnesota has been solid at home. Only Michigan State has beaten them in the Barn this year, but the Spartans are playing some of the best basketball in the country at the moment. Their last home game was a 20-point victory over Penn State just after the Nittany Lions beat us.

Minnesota is lead in scoring by junior guard Lawrence Westbrook at 14.1 points per game. He has been in double figures for every game except the Louisville win. Amazingly the Cardinals held him to just two points in 11 minutes of action, yet the Gophers still dominated the game. This tells me that they can do just fine if he struggles. Fellow guard Al Nolen (8.1 ppg, 5.1 apg) picked up the slack with a season high 17 in that game.

Nolen is known as more of a distributor though. The Louisville game is the only contest in which he has reached double figures in points. He is currently fourth in the conference in assists per game. Westbrook and 6’7" junior forward Damian Johnson are often on the end of Nolen’s assists. Johnson averages 9.6 points per game, but is not a strong rebounder. That points out a major Gopher weakness as Johnson is their leading rebounder at 4.1 per game. 6’11" Center Ralph Sampson III (6.3 ppg, 3.8 rpg) and 6’10" forward Colton Iverson (6.1 ppg, 3.8 rpg) round out the starting five.

I think it is telling that Minnesota starts two players over 6’10", yet they rebound more by committee. They are tied with us in second place in the Big Ten for team rebounds at 39.2 per night. Theya re also the conference’s second best team on the offensive glass at almost 12 second chances per game. We cannot afford to let them control the offensive glass like Penn State did. It will be critical for Johnson, Hummel, Calasan, Green, and others to continue to work hard inside.

Minnesota is a very deep team, often playing a ten man rotation. Eight players average at least five points per game even though only Westbrook is in double figures consistently. They have the same balance that we hope to achieve when we are playing our best. Their total scoring is virtually equal with our own. We do have a slight edge defensively, as we are holding teams to four points less than Minnesota averages, and that is against slightly tougher competition.

This will be a very interesting game to watch. Minnesota is a team that is likely going to the NCAA Tournament unless they completely collapse, but they are still looking for at least one more marquee win to solidify their place. We fill that role perfectly for them. The winner of this game will have a leg up for catching Michigan State, especially since it is the only schedule meeting between the two teams. When I look at the overall team statistics I see that we are ranked very close to the Gophers in almost every major category. In terms of overall field goal percentage these two are the two best defensive teams in the Big Ten.

Minnesota is coming off a stumble in a trap game as described by the author of From the Barn. From reading that blog I see a team that is much like our own from a season ago. They are young, but very good. They have pulled off a few surprises and now find themselves in the Big Ten race. Our win over them caused some separation in the middle of the pack, and we must repeat hat victory in order to stay alive with the strikes we already have against us.

Purdue played much better basketball against Iowa. Unfortunately we have followed some of our best efforts this season with some of our worst. We are beginning the most difficult stretch of our season. Four of our next five games are on the road against likely NCAA teams from our own conference. This is our time to either announce that the 0-2 start was a fluke, or settle into the middle of the pack and fight for a 7-10 seed in the NCAA Tournament at best. Starting that stretch with a win over a ranked team in one of the Big Ten’s toughest venues is a good beginning.

The key to this game will be disrupting Nolen from controlling the offensive flow. Minnesota relies on him to get things going, so we must deny him from distributing the ball easily. That should be Chris Kramer’s job. Next we must keep them off the offensive glass by continuing to put forth a conscious effort toward rebounding. This game will be won with defensive intensity. Whoever brings it the most will walk away the winner. In that, I think we have an edge because when we want to, we are one of the best defensive teams in the country.

Still, I have a bad feeling about this one. We’re still fighting injuries and we looked a little too good against Iowa. Since this is a ranked team we are facing on the road it makes it our most difficult road contest to date. Despite everything we have accomplished we still do not play well away from Mackey Arena. Last year’s win at Wisconsin is our only road win over a ranked opponent in the last five years. Because of that I will give Minnesota a slight edge, asking our guys to once again prove me wrong. Minnesota 66, Purdue 62