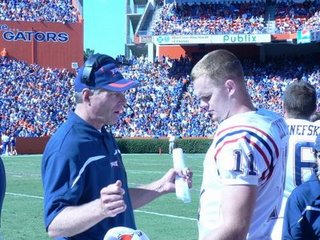 Before heading up to West Lafayette tonight I wanted to do a quick Boilermakings. There has been plenty of other Purdue news to report on of late, but I haven't had time to say much about it. Fortunately, that is changing and I can soon go back to truly making this All Things Boilermaker.

We should be talking about bowl preparation and opponent speculation, but instead we are discussing coaching changes as the Danny Hope regime has officially begun. Coach Tiller hasn't even left town yet, but it looks like he will have to help offensive coordinator Ed Zaunbrecher and tight ends coach John McDonnell clean out their offices as well.

Both moves are a little curious to me. The offense was obviously hampered severely by injuries, especially along the offensive line. You could place this on the coaches because they didn't develop the necessary depth to cover those injuries, but that is even scarier because Danny Hope served as offensive line coach. The reality is that we had too many games that would have been wins if our offense was operating even at half of its normal efficiency. We had four games this season, all losses, when we scored 7 points or fewer. In each we held the respective opponent to 21 or less, so it is not like we got blown out. Considering we only had four such games the previous four seasons combined it is easy to see why we finished 4-8. Ultimately, that lies on the offensive coaching staff.

McDonnell coached a position that was also hurt badly by injuries this year, but it was supposed to be one of the deeper positions on the team. Kyle Adams and Colton McKey both got hurt. Jerry Wasikowski was never intended to be the first option as a pass catcher at tight end. He did perform admirably later in the year. I like Jeff Lindsey's attitude and effort, but it feels like his 4-star talent is being wasted at the position.

No tight ends coach has been named, but we do officially have three new coaches on staff. The biggest news is Gary Nord coming over as the new offensive coordinator from Florida Atlantic. Nord had an underwhelming 14-34 record as the head man at UTEP. He has been an assistant at Louisville, Oklahoma, and Pittsburgh in the past, working with Hope at the first two spots. The Owls were coming off of a Sun Belt Conference title going into this year, but are awaiting a possible bowl bid after only a 6-6 finish.

FAU finished the year on a 5-1 kick after a 1-5 start, but that was against Sun Belt competition. Against the best teams FAU played (Minnesota, Michigan State, and Texas) his offense managed only 13 points. This is with a pretty good quarterback in Rusty Smith. In looking at FAU's stats they had a nice balance between the run and the pass. Unfortauntely, FAU was much like Purdue has been the past few years: Great against the bad teams, but very stagnant against the good teams on its schedule. Time will tell what he can do with the facilities and talent upgrades that the Big Ten brings.

J.B. Gibboney will take over one of Mark Hagen's old duties as he moves from graduate assistant to special teams coach. This could be a good thing or a bad thing. Other than the opener against Northern Colorado, special teams was a liability for most of the year. We had some highs (a school record 53 yard field goal by Carson Wiggs) and lows (an absolute killer of a punt return for touchdown against Oregon). Special Teams is much more than simply kicking the ball. Tackling was generally poor on kickoff returns and too many times there wasn't enough protection for the specialists. The punt return given up to Oregon may have been the turning point of the entire season. Even against Michigan it's not like we suddenly helped their offense come to life. We gave them over 270 return yards and a punt return for a score. This had a very large say in their best offensive day of the year.

Finally, Sean Clark moves in as the new offensive line coach. Since this was Hope's specialty and he was Hope's O-line coach at Eastern Kentucky I kind of like this move. He has his work cut out for him though. I hope he is a doctor and can somehow keep everyone healthy for an entire season. Should that happen, we could see dramatic improvement from the offense as a whole. There are pieces to build around here, but we have a long away to go.

There is some speculation that the moves aren't done. Boilerdowd in particular seems to be plugged into the rumor mill and thinks Brock Spack may be on his way out of town as well. I admit I was a little rash about Spack, especially after the Notre Dame game. The way the defense simply rolled over against one of the worst rushing attacks in college football left a bad taste in my mouth. The rest of the season showed his unit was much better than advertised. Indeed, they did their jobs very well on days when the offense did nothing. Spack's defenses have been good in the past too. There is enough coming back on defense to expect it to be a major strength for the first time in years, so I hope he stays or we can at least find a better replacement to work with them if he does leave. I've been wrong before, so I might be here too.

If one team on campus had a better than expected fall it was the women's volleyball team. The Boilers will take a 24-8 record into the NCAA's and play the first two rounds at home on Belin Court. They open up play Friday night against a Louisville team they have already defeated in straight sets once. The winner of Middle Tennessee State and Miami (OH) awaits in the second round.

This is the fifth straight tournament appearance for the Boilers and 12th overall. During this five year streak Purdue has reached at least the second round in each of the previous four years. Only one of its losses 93-2 to Utah State) came outside of a stacked Big Ten Conference. Illinois, Minnesota, and #1 overall seed Penn State were all named as national seeds. St. Louis was also named as a national seed, and the Boilers already beat them in the 7th match of the season.

Purdue is probably not going to win the whole thing. Penn State not only is undefeated at 32-0, but they didn't even drop a set all year. That has never happened at any level of NCAA competition. Still, a sweet 16 or elite 8 appearance is a very reasonable goal for this squad. They are lead by senior middle hitter Stephanie Lynch, who was a unanimous all-Big Ten selection.

The Lady Boilers' basketball season has gone much like the men's so far. They are 5-1 heading into their own ACC/Big Ten Challenge with the one loss coming in overtime to a top 5 team with red as a primary color. This loss came to #5 Stanford in the opening game of the Waikiki Beach Marriott Classic last week. Interesting non-conference tests against Maryland this week, then Notre Dame and Texas remain, but Purdue is still in its familiar position as one of the Big Ten favorites.

Turnovers have been the largest issue with this team so far. They shoot the ball well. They share the ball well, but sharing is not supposed to involve the other team. If they can solve that problem they will be a threat for the women's Final Four once again. They should have a very good test in the women's ACC/Big Ten challenge against Maryland this week.

You can read about it here, but Len Dawson continues to honor Purdue even as the oldest in the fraternity that is the Cradle of Quarterbacks.

Obviously helping kids with autism is much more important than helping my fantasy team defend its title. I ran across this article the other day concerning first round draft pick Dustin Keller. We are even more lucky to have had him as a Boilermaker when no one else wanted to give him a chance. Thank you, Dustin.

If anyone is interested in tickets for Saturday's game with Arkansas-Pine Bluff feelf ree to e-mail me.

That is all for now. Everyone BOILER UP tonight!