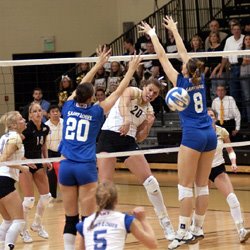 For being a team coming off of a 4-8 season Purdue has had an awful lot of good news football-wise this week. With everything that has happened, the 2009 could surprise some folks. I think it will look totally different from any of Joe Tiller's coached teams, and that is a very good thing. It is clear that the program has become stale. There is enough talent, however, to expect a big turnaround, but only if everything clicks just right. I will admit that it is a pretty big if, but as bad as the Big Ten was outside of its top 2-3 teams this year we can turn things around quickly. I wouldn't exactly book reservations for Pasadena on New Year's Day 2010, but I at least expect a bowl game.

Purdue set to make it rain with its own ATM

I've already commented on the Brock Spack situation earlier this week. That is an area that will be a make or break hire as far as the 2009 season goes. Yesterday's news was solely on the player front, as four-star Florida running back Al-Terek McBurse announced he was heading north to Purdue. I am trying to temper my excitement some because we have had four-star guys hurt us before (see Roundtree, Roy and Nelson, Jerico). ATM feels different though. He wants to see the field and he knows he could be "the man" for four years at Purdue. He had plenty of huge runs on his highlight reel, but that was against high school competition. That will change next year.

Fortunately, we now have a very crowded backfield that will allow him to adjust to the life of being a college back. Jaycen Taylor will come back as a fifth year senior and will be a huge boost to the team. We also have Dan Dierking back for a third year. I like Dan, but I have never really seen him as a big Ten running back. Still, he does bring experience. I like Ralph Bolden. What little I saw of him this season shows me he can be a playmaker. We can't forget Frank Halliburton either. With those four guys, plus Siller and now McBurse, we should be able to do a lot of things with the running game that we couldn't do before. This will also take pressure off the passing game.

Then there is the dream scenario if we can still get big back Toben Opurum to come to West Lafayette. It really is a sign of change if two four star running backs are considering Purdue in the same class. Can you imagine what a thunder and lightning duo Opurum and McBurse can be? Sure, we won't be throwing the ball 60 times per game, but who cares? I am not picky. I don't care if we run the ball, throw it, or the quarterback bends over and fires it out of his rear end. As long as we move the ball and score points I am happy.

These guys are also a positive sign of the new recruiting attitude brought by coach Danny Hope. For the longest time the 2009 class was shaping up to be lackluster at best. We now have a big name in that class, and there could be more to follow. I don't expect a deluge of 5 star guys to descend upon us, but if we can get 2-4 four star guys and a bunch of 3 stars that will be pretty good. From there it becomes a coaching issue. For years Notre Dame has taught us that star rankings mean exactly dick unless there is good coaching in place. Once the guys get here we have to get them to perform. Our recruit with big name recruits the past few seasons is bleak too.

I liken it to the basketball team's NCAA tournament success. Purdue seems to do better when there are lesser expectations. The 1996 team very nearly became the first #1 seed to ever lose to a 16 seed. They didn't even make it past the tournament's opening weekend. Meanwhile, the 1999 team that many said should have even made the tournament went to the sweet 16. A year later we nearly made the Final Four as a six seed. The same is true for football recruits. The unwanted two-star Dustin Keller became a first round draft pick while J.B. Paxson, Garret Bushong, Jason Kacinko, and Bruce Gordon didn't even see the field for us. For us to turn the corner as a program we have to have success with the Dustin Kellers and the Garret Bushongs. That's why we can't forget our PIN number to cash in with this ATM.

It is always nice to see when Purdue players in any sport achieve the coveted All-American status. The latest such player is Volleyball player Stephanie Lynch. The senior middle hitter from New Albany, Indiana became just Purdue's second volleyball All-American and first since 1985. I admit that I know very little about volleyball or the requirements of each specific position, but this is still a pretty cool honor. If she is setting school records in the categories that are listed in the release there she has to be good. Thank you, Miss Lynch, for coming to Purdue. This honor is well-deserved.

It has been a rough year for Purdue football, but it is good to see that our most celebrated player is headed to Hawaii for his third Pro bowl. Drew Brees is the only former Purdue player headed that way after the season, but he is far from the only one that has had a good year professionally. He still has a shot to break Dan Marnio's single season passing yardage record, and I certainly hope he does. The fact he is facing the winless Lions this week will great help my New Orleans Looters repeat as National Freeball League champions.

The best part about it is that Drew continues to be such a model citizen off the field for us as well. Not only is he a great player, he is a great human being. My time at Purdue coincided with his, so my memories of him playing are a little more special. I already have a sneaking suspicion that the strange package that arrived in the mail the other day is none other than a brand new Drew Brees New Orleans Saints jersey to replace the #15 Purdue jersey that seems to have disappeared off the face of the earth. Congratulations, Drew, on another good year. Thank you for being such a wonderful person.

Other Boilers in the NFL

I don't know if I would call it an honor, but I had the chance last week to watch three former Purdue players in action when I went to the Colts-Lions game here in Indy. While it wasn't pretty, it was good to see three former Purdue players have a good day. Cliff Avril didn't do much, but John Standeford had his best day professional with four catches for 36 yards. He also spent most of the day as Detroit's #2 receiver. Granted, being the #2 option on possibly the NFL's first 0-16 team isn't exactly something to brag about, but I was proud of John anyway. He clearly hasn't quit in pursuing a dream, finally getting some regular season playing time after so many years on the Colts' practice squad.

The third guy was none other than crowd favorite Stu Schweigert. Stu was one of my all-time favorite players at Purdue, so much so I have a gold #9 jersey and a black one (works for Dorien Bryant and David Pender too). I actually wore the black #9 to the game because Stu was playing. Stu has had a rough year, bouncing to his fourth team in the past calendar year, but hopefully he has finally found an NFL home.

As a side note, is anyone else not surprised that Jim Colletto is somehow involved with maybe the worst team in NFL history? This guy couldn't find a W on the fifty yard line at Wisconsin.

This is old news at this point, but Robbie Hummel was named Big Ten player of the week last week for his efforts in wins over Ball State and Indiana State. This is strange, but I actually had a dream this week he dropped 55 points on a team in the first half of one of our upcoming games. It's unlikely, but I would love to see it happen, specifically this Saturday. I know I will be there Saturday afternoon. As a basketball fan I would have to turn in my fan card if I didn't want to see one of the greatest pure shooters maybe ever to play the college game.

The final item this week is one of the strangest I have ever reported here. According to the Lafayette Journal and Courier, Nemanja Calasan had a pretty frightening accident last week before the Indiana State game. Apparently during a weightlifting session, the cord on the machine snapped and dumped weights on both his head and neck.

This raises a couple of questions. First of all, what kind of exercise was Chally doing that his head and neck were right below the weights. Second, should we be concerned one of our few big bangers wasn't lifting enough to cause a more serious injury in this case, or was he lifting a house and he's just that tough? Third, in relation to the last question, was the cord just in that bad of shape, or is Chally just so manly he has to lift an inhuman amount of weight for a good work out, then can shrug it off when it falls on him? Fourth, can't we get better equipment than this? This had better be at the top of the list for the Mackey Renovation.