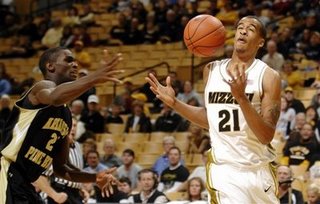 I apologize for not having any Big Ten Power Rankings yet. I had an entry planned for yesterday with a great breakdown comparing each team in the Big Ten to a historical disaster. I chose this since the conference is reeling from a poor football season and another ACC/Big Ten challenge loss. Many are calling this a disaster, and I tend to agree since the Big Ten’s perception has rarely been lower in either sport. Unfortunately, my flash drive decided to mysteriously erase itself when I plugged it into my laptop. I don’t mean the article, either. I mean EVERYTHING I had saved on it was mysteriously erased just by moving it from desktop to laptop as I have done dozens of times.

I was pretty pissed. Ask Mrs. T-Mill. There was swearing.

Instead, we get a brief preview today of tomorrow’ night’s opponent in the Arkansas Pine Bluff Golden Lions. Basically, this is a checkbook game. Morgan Burke will cut a large check to one of the worst teams in one of the worst Division 1 college basketball conferences. The Golden Lions will then lose by 30 or so and head back to Arkansas with said check. Purdue will get back in the win column. If it doesn’t, it will officially be time to panic.

UAPB is the oldest Historically Black College in the nation. Success on the basketball court has not come with that age though. Last season was one of the best in school history. They were 13-18. They are not a strong team historically, as their page on ESPN is fraught with single digit win seasons. The nadir of that time came with a 1-26 finish during the 2003-04 campaign. Last season saw only four wins outside of the conference for the Golden Lions. They swept a home and home with Louisiana Tech and did the same with non-division 1 Philander Smith. Since the SWAC is consistently one of the worst conferences in the land their lack of success in said conference is a telling sign.

So far this season the story is no different. The Golden Lions are 0-6 and won’t even play a home game until opening conference play with defending champ Mississippi Valley State on January 3rd. They have toured the country losing by double digit margins at Colorado, Texas A&M, Creighton, Nebraska, Georgia Tech, and Missouri. They have yet to ever play Purdue. The Missouri game should tell us all we need to know. The 6-1 Tigers absolutely ROCKED UAPB 95-41 Tuesday night.

The Golden Lions do not have a single player averaging in double figures. Junior guard Terrance Calvin (9.7ppg, 5.8rpg) and 6’8" forward Lebaron Weathers (8.3 ppg, 7.2 rpg) are the two best players statistically. Weathers is a JuCo transfer playing his first year of division 1 basketball. He had an impressive debut against Colorado with a 22 point, 10 rebound effort, but as a major conference team Colorado is merely a shade above godawful.

Scoring is not UAPB’s strong point and neither is defense. We should be able to do whatever we want to do on either end of the floor. The Golden lions have yet to top 56 points in a game, and that came in the opener at Colorado. They still lost by 20 and haven’t held a team below 67. That 67 came in their closest game of the season, a 67-53 loss to Nebraska. At least the Huskers are currently undefeated.

Tavaris Washington (8.3ppg) and Tyree Glass (8ppg) are threats to score, but as a whole UAPB only averages 49 points per game. 34.3 of those points come from these four guys. As can be expected with a winless team, UAPB does not take care of the basketball. They turn the ball over more than 22 times per game and this is without facing our normally stout defense.
Weathers is their one 3-point shooting threat, hitting five of the 13 long range shots the Golden Lions have hit all year. UAPB only hit 61% of its free throws too. That’s good when you look at their 17% accuracy rate from 3-point land. Even if you move them inside the arc the Golden Lions are just a 34% shooting team from the field. If those numbers don’t spell mismatch I honestly don’t know what does.

In simply looking at the numbers it is difficult to find one thing that the Golden Lions do well. Weathers looks like a solid player, but that is about it. They shot 16 of 60 from the field against Missouri. This is the same Missouri team whose helter-skelter pace often allows for easy baskets in transition. All of these numbers have come against teams that are expected to be substantially worse than us. We are the only ranked team on UAPB’s schedule.

The bottom line is that this shouldn’t even be close. We’re reeling a bit right now, but we are given an opponent that will allow us to work on many of the things we need to work on. Weathers is a real live post player that will challenge Calasan and Johnson, but not in an overwhelming manner. We should get plenty of open looks to work on our cold shooting against a poor defense. Marcus Green should have an opponent he can do all the "little things" he does so well against. Finally, this is a team that we should be able to work on positioning and rebounding. If we can’t outrebound them then we aren’t even trying to rebound.

Some people have suggested that we juggle the starting lineup some. I’m not sure about that. I know we need to do something. Robbie Hummel has been a virtual non-factor in the first half of many games. He did little against duke until the game was decided. E’Twaun Moore did even less. I’ve also been disappointed in Keaton Grant’s struggles. Fortunately, this is happening now. We have plenty of game to work on all of this. Coach Painter will make sure it is worked on, too. I would much rather struggle now with time to fix things than in March. With almost three months until selection Sunday we’ve got plenty of time.

Tuesday night was disappointing. The more that I have thought of it, though, the more I realize that we simply had a very bad game against a really, really good team. In turn, Duke had a really good night. If you play that game later on, things could easily be different. Duke came ready to play and seized the moment. We came somewhat ready, but had an awful performance. The bottom line is we’re still a very good team. I think people will see that in the end.

That said, I still think tomorrow night is a convincing win even if we play worse than we did against Duke. UAPB is probably our weakest opponent, and it will show. Purdue 97, UAPB 50

I'm not much of a card player, but if you are I highly recommend paying a visit to the great site FlopTurnRiver.com. That is the only place to go on the web to go for the exclusive PokerStars Marketing Code.

Also at FlopTurnRiver you can learn about the PokerStars Rakeback and the Poker Stars Bonus Code. it's a great place for some online gaming action.