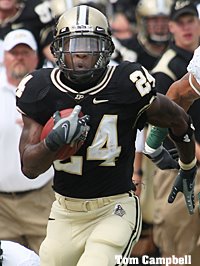 My answers to The Daily Gopher's questions went live this morning, so check them out. TDG does a great job promoting a rising team in this conference.

Depending on what happens this weekend, I may be turning my attention to basketball more and more beginning on Monday. This is clearly our final chance to salvage anything out of this season., I am one of the dwindling few that thinks it can happen, let alone believes that it will. It’s a damn shame too, because the seniors and Tiller himself deserve better than this. They deserve better, but for the most part it is their own making.

Our own struggles aside, this is likely the weekend where the Big Ten title is decided. Barring some major upsets along the way, the winner of Saturday night’s Ohio State-Penn State game will represent the conference in the Rose bowl (or more?). The loser also stands a good chance of going somewhere because of an excellent record and devoted fanbase. That is good for our own fading postseason hopes. I don’t want to say they are on life support, but by kickoff of the Ohio State-Penn State game we’ll either be in improved condition or they will be calling family members in asking to pull the plug.

The Gophers cracked every top 25 near the bottom this week including the CBS Sports blogpoll. I even had them ranked on my final ballot. That factor along makes me want to pick them by at least a touchdown given our own 0-17 streak. If we win, we not only give ourselves a temporary reprieve on the season, but we finally get that elusive win over a ranked team. Sure, it would be viewed as one of the cheaper wins over ranked team, but none was cheaper than Notre Dame’s 2005 win in Ross-Ade over us (yes, we were ranked at kickoff).

Since this game is being played on ESPN Classic it is only fair that we get to use Drew Brees. Brees lit up Minnesota for more than 1,000 yards in his three games against them. He was so dominant that Glen Mason almost personally drove him to New York for the Heisman ceremony as a senior just so he wouldn’t have to face him again. Despite a 9-1 record against the Gophers under Tiller, a win would only even the overall series at 31-31-3. It has also been 18 years since the Gophers won in West Lafayette. Unfortunately, that won’t be a worry. This will come down to what both teams do best. Minnesota has confidence and doesn’t make mistakes. We are not confident, and we make mistakes. Minnesota 31, Purdue 20

Indiana joins Purdue and Michigan as teams at the bottom seeking a final shot at redemption his week. Their game is almost a mirror image to own, but everyone is giving them less of a chance to win. The Hoosiers have been about the only team worse than Purdue this season, so hopefully we can manage to get the bucket back where it belongs on November 22nd. The Hoosier defense has been non-existent and the offense almost as bad. I have a hard time seeing them pull this off.

Northwestern, meanwhile, gets another week to tune up for what could be a huge game with Minnesota next week. Advertisers may not like a Gopher-Wildcat showdown meaning big news in the Big Ten, but fans of parity (like myself) do. Tyrell Sutton should have little trouble getting going here. Northwestern will only struggle if their turnover problems from earlier in the season appear. A healthier Kellen Lewis at least gives Indiana the marginal threat of a running game, but not enough. Northwestern 38, Indiana 17

As part of our fading postseason hopes, I say go Illini. Part of the formula for a bowl game is getting as many teams in the conference as possible with seven losses so one of the Big Ten bowls has no choice but to take us. Illinois can help in that regard by beating a demoralized Badger team that seems to have given up on its season. If Wisconsin wins, we can likely forget about a bowl no matter what we do anyway because they will get to six wins and be a much more attractive choice.

Unfortunately, Jekyl and Hyde Illinois is in line for a Hyde week. Two weeks ago turnovers cost them an unexpected loss to Minnesota. Last week the Illini could do no wrong against Indiana. It is a matter of which team will show up. Illinois has not been good, especially defensively, away from Champaign. They have gone 0-2 and have surrendered a ton of points. Those games were against Missouri and Penn State though. What Wisconsin does is anyone’s guess. I say the Badger finally pull out a close one at home to stop the spiral. Wisconsin 20, Illinois 17

This one could be quite delicious to watch. Michgian State is anxious to go into Ann arbor and silence the taunts of "Little Brother". Michigan is probably not going to a bowl game, but short of ruining Ohio State’s title hopes at the end of the year they would love to have even more ammo in the "little Brother" debate by beating Michigan State. The Spartans also want to make amends for last week after Ohio State walked into their stadium, pulled their pants down, and spanked them in front of the most excite MSU crowd in years. It was worst than our blackout debacle against the Buckeyes a year ago.

On paper the Spartans should win handily. Crazy things happen in this rivalry though. Michigan State takes it more seriously than Michigan, and that is one of the reasons that "Little Brother" bugs Spartan fans so much. If Michigan pulls the upset I have hope that my tickets for the game up there in two weeks might be worth something. Basically, it is the annual "will Michigan state crumble" test. They passed it last year by crushing us in Ross-Ade, and I think they will pass it this year. Michigan State 30, Michigan 10.

Abject terror are the words I would use to describe the thought of Terrelle Pryor playing in this conference for at least two more years. After what he did to a motivated Michigan State team in East Lansing last week I am sure I am not alone in thinking that. Ohio State has been at the top of the Big Ten mountain for several years now. If Penn State does not knock them off in Columbus Saturday night they will likely be on top for a long time to come. Even if they do, the Buckeyes won’t need a long time to get back.

If this game were in State College I would probably go with Penn State more readily. They are probably playing for more because win also means a clear path to a national championship game. I won’t even buy the argument a one loss Georgia team should get ahead of them. If Georgia was that interested in playing for the title ahead of another unbeaten team they should have beaten Alabama (of course, if they beat Alabama in the SEC title game that could be moot). I think Penn State has an edge because they are more balanced one both sides of the ball. I think that gives them an edge, but they won’t crush skulls as they have in the eight games to this point. They have the defense to slow the running game and make Pryor throw. Penn State 17, Ohio State 16

#6 Oklahoma State at #1 Texas - one team loses a shot at the national title until there are fewer than two unbeaten teams. Texas is at home, but if OK State pulls an upset it will be huge. Texas 31, Oklahoma State 24

#7 Georgia at #13 LSU - See above, only each team already has one loss and is done at this point. I always go with the home team in the SEC. LSU17, Georgia 13