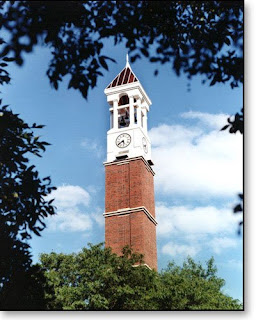 Training camp has finally begun for the Boilers. Thanks to the late start to the season Purdue did not begin camp until this past week. Already we have had a casualty with Dwayne Beckford’s ineligibility. I went over that in the last entry on the linebackers, but there is still plenty of other news.

DJ Donley not on campus yet

I don’t think this is a very big deal yet because Donley cannot even play until next season. He’ll have all year to practice with the team, and I think it may even be a blessing in disguise that he can’t play. Think about this: There’s little point in practicing him with the first team this year. Because of that, I would have him working with Joey Elliott and Justin Siller as much as is humanly possible. These are the guys that will be throwing to him nest year. Why not have them in the best condition possible as far as familiarity is concerned so they can be unleashed next season?

Donley is coming, despite what the guys over at Boiled Sports think. I am not going into meltdown mode just yet. We almost had him originally before losing him to Georgia Tech. I will be patient and wait for his arrival because, well, I don’t really have a choice otherwise. I think this is just a minor transcript issue and will be forgotten quickly once it is resolved.

I would love to say that I was at media day to cover this event for the readers of Off the Tracks, but until this blog or something else makes me enough money that I can go to such events and get paid for it I have to work a real job for a living. In said job I don’t even have internet access during the day, so my reaction when I came home was, "It was media day?" Besides, we all know Tiller thinks bloggers are the scourge of humanity anyway. I don’t know if Joe has ever read this, but if he has I feel honored at such enmity.

The biggest news is probably that Preston Numa, Nickaro Golding, and Josh McKinley will be suspended for the opener against Northern Colorado. The good news is that we don’t need them to play to beat Northern Colorado by five touchdowns. This is the equivalent to sending them to bed without supper. We do need them, at least McKinley and Golding, the following week against Oregon. Maybe this means they will be secret weapons since the Ducks will have little game film on them. Both Golding and McKinley are potential starters, so they should get their stuff together.

Everything else was pretty much standard. Bradon King has moved back to cornerback, which isn’t a huge surprise. I’ll hit on it more when I do the secondary preview next week. I like that Aaron Valentin and Keith Smith are coming along very nicely at receiver. Things are starting to look more positive than negative, which is what you want going into the season.

The first few days of the Olympics haven’t been kind to the past, present, and future Boilers competing in various events. Incoming freshman David Boudia has already competed once in 10 meter platform synchronized diving. He and his teammate Thomas Finchum just missed a medal by finishing fifth in a field of eight teams. He’ll still compete in the individual diving events still to come.

Former baseball player Mike Duursma is playing for the Dutch national team at these Olympics. I don’t know if they are playing in wooden cleats or what, but the Dutch are 0-2 after a pair of games, and they haven’t even scored a run. They lost their opener to Taiwan 5-0 before getting shut out 7-0 today by the U.S. So far the Dutch national team has managed five hits in two games, and have struggled to do much of anything offensively as the U.S. had a no hitter until the seventh inning today.

Finally, Kara Patterson hasn’t competed yet in the javelin, but is one of the favorites to bring home gold as Purdue’s first female track and field Olympian ever. She has the best chance of any Boilermaker of bringing home gold.

This isn’t exactly earth-shattering news, but hockey players apparently like to drink beer. What is probably more shocking is the news that Purdue does indeed have a hockey team of some sort, let alone that it was suspended for drinking before a game last season.

I remember hearing about this club when I was at Purdue, but I played in the roller hockey club as opposed to the ice hockey club. The fact that the ice hockey club has to practice in Danville, Illinois because it is the closest rink was enough to discourage me from even trying. Some of the other details within this story show that the club isn’t all that cracked up to be. Forging documents, underage drinking, paying referees late, and other things are not the way to represent Purdue guys. Thankfully, this is already being taken care of.

Basketball lighting it up in Australia

Boiled Sports has been doing a better job of following this than I have, but that’s because they have real jobs that allow them to work on a computing tool that is better than a glorified etch-a-sketch for sales orders. The Boilers, playing quite shorthanded, are scoring a ton of points during their Australian tour, but they are losing a few games as well.

I think it is important to remember that they are playing without a couple of players like Keaton Grant and the incoming freshmen. Also, they are playing professional teams. They aren’t the caliber of the NBA, but they are pros. I agree with Boilerdowd that losing a couple of games will benefit this team. It should help keep them humble while everyone else builds them up.

Nemanja Calasan and JuJuan Johnson are probably the best news from this trip, as both are playing very well. If those two can combine to form a solid post presence and give us a bit of an inside out game we will truly be one of the best teams in the country. Things could get even better when true point guard Lewis Jackson gets on board.

Here is my blogpoll ballot for the preseason poll. Feel free to comment/rip me apart as needed.