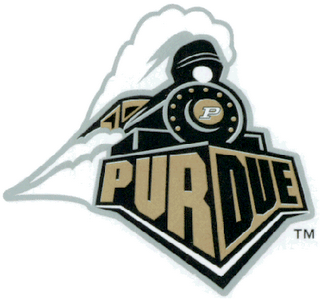 It is my hope that the new Mackey Arena expansion and improvement project will include some more trophy cases. If Purdue basketball has a few more days like yesterday we will need the space for all the accolades. On the court the Boilers have overachieved against all expectations. Most people predicted a fifth place finish at best this season, with a bright future beyond. It is clear the future is already here with this list of conference awards yesterday:

The best part about this is that the guys not on the list like Martin, Calasan, Crump, and Johnson are regular contributors and could eventually find themselves on the same lists later on in their careers (except for Crump, of course). Of the guys that did make this list, there isn’t one that you would call our go-to star player we cannot live without. Many of the players from the other schools in the conference are players just like that. That makes it a testament to our team-oriented style of play that we can say that this afternoon. This entire team has done a fantastic job all season long, and it is great to see the post-season honors just beginning to roll in.

It is not a shock that the final Power Rankings of the season look very similar to the seedings in the Big Ten Tournament. By this point we have seen 18 conference games from each team. It is therefore easy to reflect on their performance at this point in the season. It is also very easy to do a final pop culture comparison poll from the movies that do almost nothing but knock on pop culture: the Kevin Smith Askewniverse. 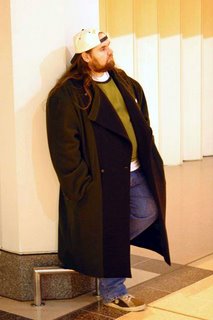 1. (2) Wisconsin (26-4, 16-2) – Silent Bob – The Big Ten regular season champ deserves to have the creator and best character in the series as their title character. Silent Bob is the brains behind the duo of Jay and Silent Bob. When he speaks it is always a deep, powerful line. Since Kevin Smith always directs behind the scenes we know he is in control even when he is on camera. The same can be said for Wisconsin, who has very quietly put together best profile of any team in the conference. Their four losses came at the hands of Duke, Marquette, and Purdue (twice) who are all comfortably in the tournament as higher seeds. Much like how Kevin Smith did Clerks on a tight budget, they have done it without a bunch of big names. 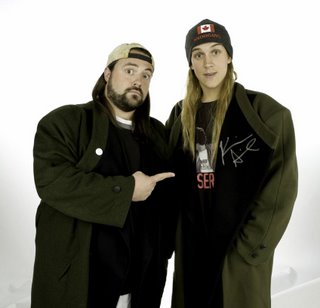 2. (1) Purdue (24-7, 15-3) – Jay – He’s a foul-mouthed stoner and the actor behind him used to be a heroin addict, but Jay still got with Shannon Elizabeth (in Jay and Silent Bob Strike Back). That is like the Boilers (baby removed) shocking the conference this season to almost take the crown. They used to be mired at the bottom but have worked hard to get to the top. Jay always gets the best lines and works very hard behind the scenes. During the filming of Dogma Jason Mewes (while at the height of his battle with heroin) memorized every line for every character in the movie because he was working with renowned actor Alan Ruckman and didn’t want to embarrass himself. This is like Purdue with its commitment to defense and hard work in progress. Jay has evolved as one of the favorite characters of the series, just as Purdue is evolving as the Big Ten favorite and fun team to watch over the next few years.

3. (4) Michigan State (24-7, 12-6) – Randall Graves – Randall is king of RST video. He hates dumb questions and is not afraid to insult you if you act like an idiot in his home. Outside of RST video, as we saw in Clerks 2 when he was subordinate to Becky, his power was diminished. The same can be said for Michigan State in regards to the Breslin Center. The Spartans were the only team other than Purdue to defend its home court in every conference game, though they also had an ugly out of conference loss to Grand Valley State. If you take them away from the Breslin Center they floundered big time. The Spartans went 3-6 on the road in conference play. They even struggled in wins at Minnesota and Illinois. They are the "home" team in round one of the Big Ten Tournament against Ohio State, but they must not like their green uniforms or something.

4. (3) Indiana (25-6, 14-4) – Dante Hicks – This team looks like is giving up on its season and that is just sad. They have more overall talent than any team in this conference and just lost a game to a team that was missing its two best players. To make matters worse, their little boycott of practice after the Sampson resignation made them look like a bunch of whining babies. In that, they are Dante Hicks. Dante constantly complains of his fate, be it working at the Quick Stop or at Mooby’s. He refuses to take control of his situation in life, and instead lets events around him dictate what happens to him. This certainly could be said for Indiana, as since Kelvin Sampson left they have refused to band together and take an "us against the world" mentality. They would rather mope after their coach than win basketball games, much like Dante and a certain story about his potty lid when he was little.

5. (6) Ohio State (19-12, 10-8) – Rick Derris – Since I can’t find a picture of Rick Derris you get me, the ultimate badass, in front of the actual Quick Stop last summer as a picture. I have always Rick Derris driving around the streets of Leonardo, New Jersey in an 80’s-style Trans Am like he is God’s gift to women. He only appears in the first Clerks movie for one scene, but has a great cocky line of, "I used to f*** her," in reference to Dante’s girlfriend. Ohio State is like that because they are always cocky, they always get the best players, but they are rarely as good as they think they are. That can be said for the Buckeyes this year. They had their best week of the season to save things at least temporarily, but they should have been much better than 10-8 in a conference as bad as the Big Ten is this year. Rick’s exploits with a gaming table are legendary, like Ohio State’s behind the scenes allegations.

6. (7) Penn State (15-15, 7-11) – Bartleby – In Dogma, Bartleby was an angel who was stripped of most of his power because he chose to oppose God on a decision. He was sent to live in Wisconsin with Loki and kicked out of heaven. When the world ends he would have to sit outside the gates of heaven. At the end of the movie he rages against humanity and kills a bunch of people because of his pent up angst before his plot to get back into heaven fails. This fits Penn State because they have been stripped of much of their power thanks to the injuries to Cornley and Claxton, but they have raged against the establishment for shocking wins over Michigan State and Indiana. I want no part of them in Indianapolis. Still, there was no reason Indiana should have not just fed the ball to D.J. White all game long and let him dominate. 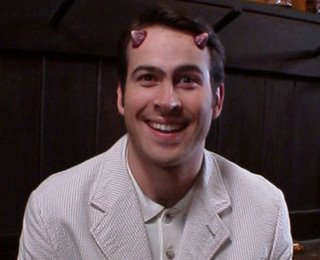 7. (5) Minnesota (18-12, 8-10) – Azrael – Azrael fooled a bunch of mere mortals and some angels throughout the movie Dogma, but in the end he was no match for God. This suits Minnesota because they never could break through against the higher powers in the conference. Against the top five teams in the conference Minnesota has gone 1-8. Had they been able to beat Illinois at all this season, like everyone else seems to be able to do, they would have gone 9-0 against the bottom teams. Losing both games against Illinois is like having your nefarious plot to end existence foiled by a golf club to the chest.

8. (10) Iowa (13-18, 6-12) – Serendipity – The Hawkeyes are incredibly well coached and there is a ton of promise for the future once their system gets in place behind Todd Lickliter. When they were sent out into the real world, however, they struggled. Iowa’s best win in conference came over Michigan State, but they really didn’t accomplish much else of note. They are linked with Serendipity (Selma Hayek’s character in Dogma) because once she was out of heaven and went into the real world to make her fortune she suffered from writer’s block. In heaven Serendipity was a muse responsible for 19 of the top 20 grossing films of all time. Lickliter left God’s palace (of basketball in Hinkle Fieldhouse) where he had a ton of success only to struggle at Iowa. Things could change in the future with the upside this team has. 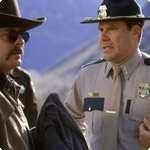 9. (8) Illinois (13-18, 5-13) – Federal Wildlife Marshal Willenholly – Watching the Illini stumble to a terrible finish this season is a lot like watching Will Farrell’s character try to stop the bad guys in Jay and Silent Bob Strike Back. He was completely inept, but in the end he does win out when Justice helps him out. Illinois has enough talent to get hot for four days in Indianapolis and steal the automatic bid, giving them a lucky reward to a bad season. As bad as the Illini have played in many games it is highly unlikely though. They have simply blown too many games of their own folly to be taken seriously, and losing Brian Randle is like getting shot in the butt by a monkey.

10. (11) Michigan (9-21, 5-13) – Loki – Loki was once God’s angel of death. He was responsible for the plagues against Egypt, the destruction of Sodom and Gomorrah, and was the enforcer of God’s wrath in the Old Testament. The story in Dogma states he once got very drunk with Bartleby, gave God the finger, and quit as angel of death. This is the Michigan basketball program all the way. They caused a ton of damage and revolutionized college basketball with the Fab 5, but in the late 90’s they gave God (the NCAA) the finger after getting drunk and throwing money around to recruits. Since then they have been tossed out of heaven (the NCAA tournament) and haven’t mattered since.

11. (9) Northwestern (8-21, 1-17) – Elias – Elias is one of my favorite characters from Clerks 2. He’s a high-roller in his church, but has no clue of what is going on in the real world. Randall is constantly taking advantage of his naïveté throughout the movie, and in the end Elias gets drunk and dreams of losing his virginity to anyone (or anything). Northwestern constantly gets taken advantage of everyone in the conference when it comes to basketball, and dreams of one day losing its tag of being the only major conference program that has never played in the NCAA Tournament. Even in their constant ineptitude they still go about their business with a smile on their face like Elias does. It’s really the perfect comparison to end this on.