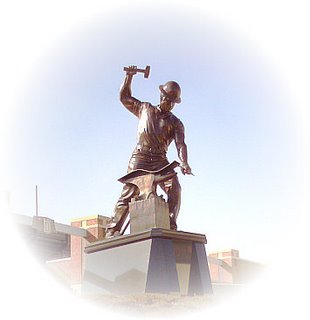 I am thankful that my entire life has decided to go haywire this week when there is little to write about in regards to Purdue sports. The only real news is that softball continues to play well with the Big Ten season looming. Baseball has also gotten off the schneid with a five game winning streak and opens Big Ten play by hosting Northwestern this weekend. The Boilers have an advantageous Conference schedule by opening against three of the weakest teams in the conference. They also do not face Michigan, a team picked by many to be the conference’s first College World Series participant since 1984.

Though the baseball Boilers sport a 7-11 record so far, they have played very well in games against ranked opponents. Baylor is currently ranked 20th in the country and the Boilers played them to three one run games to start the season. Purdue also fared well against #18 Kentucky, who is currently 20-2, but ultimately couldn’t break through. Because of this, Purdue will likely need to qualify for and win the Big Ten Tournament to make their second NCAA tournament appearance ever. Purdue does sport the conference’s best team ERA, but they are dead last in batting average. I would love for Purdue baseball to be successful, but for now my attention turns to Miami. In just 6 days I’ll traveling south to see the #2 ranked Hurricanes play Clemson.

This trip will be a welcome relief after a week that has seen me get unexpectedly laid off, scramble to return to substitute teaching while looking for a new job, and a very close relative head into the hospital. Because of all this the publishing schedule here at Off the Tracks will be scaled back a bit, but I have a few things planned before football season gets going in August.

First off will be a 15 part retrospective chosen by you the readers on the 15 biggest wins of the Joe Tiller era. It is my tribute to Coach Tiller and what he has done for this program. Since he is just 2 wins away from passing Jack Mollenkopf as the winningest coach in school history it is the least I can do to recap some of his biggest moments.

I am also tentatively planning on heading to West Lafayette for the Spring Game on April 19th. Last year wasn’t incredibly entertaining, but there were a few big plays. Hopefully we will have enough healthy bodies for a full game rather than last year’s weird scrimmage style. I also hope to be working again full-time by then so I can afford my season ticket renewal.

After those articles I’ll once again be working on a team-by-team preview of our 12 opponents for the 2008 football season. Thanks to the Big Ten Bloggers’ network I have been able to cross-reference 8 of our 12 opponents fairly well. This year I have already lined up an information exchange and likely blog trade for the week of the game with one of the best-named blogs out there: Addicted to Quack. Addicted to Quack is, naturally, an Oregon blog. It was the winner of the 2007 college football Best Pac-10 blog award. The staff has also been incredibly nice. Since I am planning on heading to Autzen in 2009 they have already told me it will be an experience I won’t forget.

I am sure there will be a few baseball notes here and there, as well as coverage of any breaking stories like players robbing the Village Bottle Shoppe on River Road. Since Selwyn Lymon is no longer with the team and Kyle Williams is safely in jail I don’t anticipate many stories like those. For now I want to try and look forward to next season for the three marquee Purdue sports of football, men’s basketball, and women’s basketball.

We haven’t exactly been that exciting since The Fumble. Even with the Danny Hope hiring a lackluster recruiting class has left most Purdue fans with a lukewarm feeling about the 2008 season. A tougher non-conference schedule and improved teams in conference have many wondering if we will even make a bowl. Most people are putting our hopes in two things: that Curtis painter goes out guns blazing and that the players rally around the "win for Tiller" battlecry in his final year. Even then many think 8-4 is a best-case scenario.

I think 2008 could be a good year for us. We’re not going to win the national championship, and contending for a Big Ten title would be a reach, but there are enough pieces there to at least have a decent season. What will be critical is finally beating a good team not named Central Michigan. There are several instances in the schedule where we can get a good win. I feel that the Oregon game, being early in the season, is a major contest. They have to travel across the country to play us. They are talented, but not as experienced as last year, so it could take them awhile to get going. Central Michigan will be a tough game as well. Traveling to Notre Dame is always difficult for us, but they still have a lot of question marks that make them far from a lock to beat us. How can you trust a team with a quarterback that CFN rates like this? So you’re telling me that this Clausen kid may not be good enough to be the starter over an incoming true freshman, but if he is he will be one of the best quarterbacks in the country. Also, his offensive line, which has done next to nothing in two years, must suddenly become a wall. Does anyone not see how dumb that statement is?

Inside the conference we need to win at least four games. We cannot afford another sub-.500 conference season. There is enough there, however, to make it more than possible. Home games against Indiana and Minnesota have to be wins. They have never won in West Lafayette since Tiller came to town, and barring an absolute collapse we should be able to hold serve there. Three of our road games (Iowa, Northwestern, and Michigan State) will be tough, but we certainly can get them. I refuse to talk Iowa up after what they have done lately, but we always struggle at Kinnick. Northwestern will be a sneaky good team. They appear to be primed for one of those 6 conference win seasons where five of them come in the, "How the hell did they pull that one off?" variety. Michigan State is an enigma without much experience, but a good coach. Beating Ohio State in Columbus would simply be the biggest shocker of Tiller’s career.

That leaves two home games against Michigan and Penn State. Both will have brand new quarterbacks. Michigan appears to be coming apart at the seams, so this will be our best chance to beat them since 2000. Penn State will be tough, but if we’re playing well at the time we can certainly get a win. We need to at least split these two games for a chance at a good season. I still think the key for the entire year lies in the non-conference portion. 4-0 is a realistic goal, and if we do reach it we will show that it is a much stronger 4-0 than the past few years. It also means that a 9-10 win season is not impossible, but I am expecting 8-4.

I expect nothing short of a return to national prominence for the lady Boilers as they get back two of their best players plus a solid recruiting class. The ladies played very hard late in the season, and it was simply a lack of depth and talent that finally toppled them against Tennessee. The return of Wysdom-Hilton and Jodi Howell could easily mean a return to the Final Four. At the very least they will be one of the top teams in the Big Ten. We already know we own the Big Ten Tournament, so a return to the NCAA Tournament is almost a given barring more injuries. Even after this season I wouldn’t count that out with injuries.

What can logically be the next step for these guys? So much is expected of them I am hoping that there is not a step back. One would think the next logical step is A Big Ten championship and at least two NCAA Tournament wins. The Final Four is certainly not out of reach, especially if Calasan and Johnson develop into better post players in the offseason. Because of this I pose the following question to you the reader: Would not winning the Big Ten next season be a disappointment?

It is hard to judge how well we will do nationally since the schedule hasn’t even been released yet. Undoubtedly we will be ranked in the preseason. We know we get a home game in the ACC/Big Ten challenge. Since we finished this season so well it will likely come against an ACC team that did well. We already played Clemson this year, so I could see us potentially hosting Duke, North Carolina, or Miami. We will also be playing in another pre-season tournament like the NIT, so there is decent potential for good games there. The rest is very up in the air at the moment.

I like that we are making a commitment to get physically stronger in all areas. Keaton Grant is facing an offseason knees surgery, and someone needs to make a JPC donation so Chris Kramer can have a personal masseuse. Lewis Jackson is being touted as the point guard we desperately need, but he will still be a freshman. He would have to show uncanny development to be great right away. JuJuan Johnson has shown signs he can be the dominant big man we need. I am really excited to see him play if he can add 25-30 pounds.

My main concern is wondering how the minutes will be doled out. Assuming Jackson can play well right away, we could have as many as nine potential starters. Obviously we can’t play all these guys at the same time. This past season minutes were divided up very well and for the most part everyone was happy. We will need that again, especially if Chris Reid develops into a guy we can use in 3-5 minutes of spot duty in the paint. Look for Bobby Riddell to be a situational sharpshooter for us as well. He’s the most experienced player of the Bench Mafia and maybe the entire team. If he and Reid can both contribute even a little we will be one of the deepest teams in the country.

Inside the conference I am wondering who will be our main competition. Expect Wisconsin and Michigan State to be tough because, well, they are always tough. Ohio State continues to bring in tons of talent, while Minnesota could be a surprise team in year two of Tubby-time. Indiana will almost certainly take a step back unless Gordon decides to delay his millions. They may have more of a dropoff if the NCAA drops the hammer on them. Iowa and Michigan will be better, but not title contenders. Penn State is promising and could easily be an irritant to everyone. Illinois will likely be middle of the pack, while Northwestern will be Northwestern.

On all fronts it looks like next season could be a big year, with football bringing up the rear. Here are my three goals for each of the three teams:

Men’s basketball:
1. Keep everyone happy with minutes and keep promoting the team atmosphere
2. Win the Big Ten
3. Reach the Sweet 16.

Feel free to chime in with your own thoughts in the comments section.