Everything that has a beginning, has an end

Share All sharing options for: Everything that has a beginning, has an end 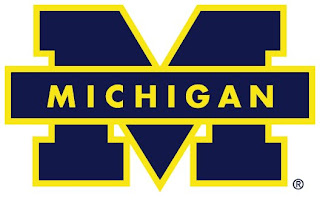 Some odds and ends to start today:

-- Robbie Hummel was named one of 10 finalists for the Oscar Robertson National Player of the Year Award and Coach Painter was named one of 10 finalists for the Henry Iba National Coach of the Year Award, as reported on Boiled Sports. In Robbie's case, this isn't a bad accomplishment for a role player who will never average in double figures, probably not contribute until he is a junior, and needs great players around him to make him good. I tried to remind Terry Hutchens, of this fact this morning, while also congratulating D.J. White on also being named a finalist, but I was "moderated". It is good to see three players from state schools on this list of finalists, and also funny that the great Eric Gordon is not one of them. I guess he is just so good they decided to make it fair for everyone else and leave him off. As for Coach Painter, I think it is down to him and Keno Davis at Drake for the Coach of the Year Award. What Coach Painter has done is incredible, but we were still expected to at least be a fringe NCAA team with a solid recruiting class that has made what we have done possible. What Coach Davis has done at Drake is nothing short of remarkable considering the Bulldogs haven't even been close to the tournament in 37 years. They literally came out of nowhere to win the Missouri Valley for the first time since 1971 and gain a national ranking after decades of being at the bottom of their league. That's very impressive.

-- Those of you who are regulars will notice a new poll off to the side. It's taken me awhile to work with Blogspot's formatting, but it's finally at least readable and that is all I need for my purposes. Once basketball season is over I will be cutting back on entries until the ramp up for football. I did want to give Coach Tiller a bit of a tribute though going into his final season by counting down the top 15 wins of his coaching career at Purdue. I'll start at 15 and work my way down the list over the late spring and early summer, with the game that receives the most votes being declared the best win of the Tiller Era. So please, vote early and vote often.

-- Finally, I wrote about Purdue baseball two weeks ago to drum up interest and they promptly got off to an 0-6 start. They played a ranked Baylor squad to three one-run games, but were unable to breakthrough in any of them. The Western Kentucky series was nothing short of a debacle. Purdue's spring break trip was scheduled to start today at Kentucky, an NCAA tournament team from last year, but weather has forced it back to Monday. It's not Purdue baseball, but Off the Tracks will be on hiatus April 2-9 as I head to the MIA to relax and see the Canes play Clemson.

Now on to Sunday's game that could mean everything, but will likely mean nothing. Like most of the bottom of the Big Ten this season, Michigan has had some solid moments, but for the most part they are simply playing out the string. Since we opened the conference season against them at Mackey we have played 16 games and garnered the attention of the entire country. It's been almost 2 months since we have seen the Wolverines, so let's see what has gone on since then.

Since we last saw the Wolverines:

Since playing us Michigan has gone 5-10, but if you talk to many Michigan fans (there are a number of bloggers in the network), the season is somewhat of a success because that's about four more wins than they expected to get. The Wolverines are 9-20 overall, and they play like a 9-20 team would be expected to play. They have had some moments such as a three game winning streak over Penn State, Iowa, and Ohio State. The Ohio State win was easily their best of the year and when it happened it looked like the Wolverines would fight for a top seven league finish. Since then Michigan has gone 1-3 with losses to Minnesota (understandable), Penn State (somewhat understandable), and Northwestern (whom they had already beaten in Evanston by 10).

The Northwestern loss now means that Michigan has lost games to the Wildcats, Harvard, Iowa, and Central Michigan this season. As I stated in my original preview, that is not exactly a murder's row of opponents. Michigan has played well in several games, most notably a three point loss at Wisconsin in late January that would have been very handy right now had they been able to pull it off. For the most part though, they have struggled against even the bottom division teams in the conference. They also only have three wins on their home court in conference play, coming against Ohio State, Penn State, and Illinois. Only Illinois and Northwestern have done a worse job of defending their home court.

Michigan is led by Manny Harris, who ranks fourth in scoring conference-wise behind IU's duo of Gordon and White and the injured Geary Claxton. Harris is quite an individual talent averaging 16.7 per game and has been playing very well of late. He is also only a freshman, making him one of the rising young stars in this league. Harris has been over 25 points four times in league play, including the game against Wisconsin. He is backed up by DeShawn Sims at 12.3 per game, but after those two there is a severe scoring drop off. Ekpe Udoh is the third leading scorer at only at 6 points per game.

Where Michigan struggles is defense. Offensively they have proven they cannot outscore teams and defensively they give up more points than any team in the conference. Teams have been able to shoot the ball well against them all season long, especially from long range. One has to think that if we can get the 3-ball falling early we can distance ourselves and avoid any kind of close call. One thing that concerns me is that we are leading the Big Ten in fouls right now. This will be a good game to get over that.

Most likely this game will mean nothing. The most recent Bracketology on ESPN has us as a four seed, so if we want to stay right in that range we need this game. I am certainly a realist when it comes to upsets. If we didn't want our championship fate in the hands of Northwestern we should have taken care of our own business. Now we are asking a team that hasn't won at home all conference season long to finally breakthrough against a team that hasn't lost a conference game to any team not named Purdue. When it comes to getting the two seed the same is true with Indiana. They are only slightly less favored at Penn State. Regardless, we will know if our game has any meaning long before tipoff.

It is my hope that Coach Painter emphasizes the need for this game as a tune up before the tournaments and a chance to confirm any seed rather than lose it. This is the only way we can add meaning to a meaningless game. The first time we played Michigan we were able to open up a 14 point halftime lead before struggling in the second half. Since we are a much more mature team now than we were two months ago I don't expect that to happen if we get a big lead again. Keaton Grant was money the first time around hitting five 3-pointers and scoring 17 points, but as usual we had great balance and shared the ball well. If we do that again we should be fine.

After the Northwestern loss Michigan has played like a team that is ready for its season to be over. Harris had 25 against us and Sims had 15, but as is usual with their team no one else did much of anything. If we can take away just one of them, not both, we should have little trouble winning. At that point Michigan would need an unexpected contribution from a role player or an absolutely Herculean effort from one of its stars. I am concerned that we just gave up that type of an effort to Jamar Butler, but he had a much better supporting cast and a whole lot more to play for.

Any loss on Sunday would be a huge step back for this program. Ever since the Wofford game we have responded well in every game we are supposed to win. There are no signs that will stop now. We need a positive note going into the Big Ten tournament. We know we can rebound against this team and we know they don't play defense. If can exploit these weaknesses we should be fine. Only our attitude will prevent us from winning this game, so we have to come out of the locker room with the mindset that we need to take care of business. If God does smile on us and allow Northwestern to beat Wisconsin you'd better believe we will not blow another chance. Stranger things have happened, such as last place Iowa beating Northwestern in 2000 to give us a second chance at the Rose Bowl.

After that we can enjoy nearly a week off before the Big Ten Tournament and the fact we will not have to play on Thursday while our opponent is playing. We've had one 11 game winning streak already this year, so if we start another that will give us a Big Ten Tourney title, an NCAA title, and a 1-0 start to next season. That's beyond our wildest dreams at the moment, but we can at least start it Sunday. Purdue 70, Michigan 60