Share All sharing options for: A nice, quiet, business-like performance 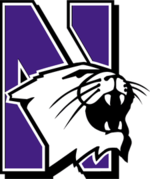 Could we possibly have any better scenario before facing Indiana in what is amounting to a Holy War on Tuesday night? Let's look at what both teams have to face before the game. Purdue has a nice, leisurely bus ride up I-65 after a week of normal practice. We get to get away from all the hype on campus and focus on beating an opponent we should beat. We've had a few days to heal some injuries, relax, and enjoy being in first place. We'll also have a nice delegation of Purdue students and fans following the team up for a rare home away from home atmosphere. We're playing the last place team in the league that has lost every conference game they have played by at least 10 points. As far as late season conference road trips, it doesn't get any easier than this, and a business-like performance should net another win in the standings.

Indiana, however, has had to weather a media firestorm for the past three days, and it is only going to get worse. They have the advantage of being at home through all this mess for three games, but it also means they cannot escape all the media hype descending upon Bloomington. They lost a close game Wednesday to a physical Wisconsin team that put them back in the conference standings, and they still must face another very good and physical Michigan State team that is in desperate need of a win to keep its fleeting conference championship hopes alive. There is a strong possibility that by the time Tuesday night rolls around Indiana will either be fired up to vindicate themselves and have something positive happen, or too beaten down to do anything. As a Purdue fan, you cannot ask for an easier Saturday game or a worse situation for your next opponent to be facing. As a sign of matters getting worse, the Hoosier Report posted what amounts to a smoking gun this morning.

For Purdue though, all we can really do at the moment is focus on Northwestern. If we take our eyes off of them and start looking ahead to Bloomington we very well could lose. We cannot be distracted by the storm clouds forming off to the south. Northwestern is a game we should win easily. Despite that, the game counts the exact same amount in the standings as our previous wins over Michigan State and Wisconsin. I do welcome it as a brief break in a critical stretch of games.

Among the six BCS conferences Northwestern is the only team that has never made the NCAA tournament for basketball. That will not change this year unless they make an absolute miracle run in the Big Ten Tournament. Both their women's and men's teams are currently winless in Big Ten play, and the Wildcats are alone with just Oregon State as far as being a major conference team that is winless in its conference this season. In short, this is bad even by Northwestern standards.

Of the seven wins Northwestern has the best is probably a 65-63 win at Western Michigan in December. That win was the second in a four game mid-December winning streak that is the highlight of the season so far. The other six wins have come against non-D1 Benedictine, Savannah State, Arkansas State, Howard, Chicago State, and Texas Pan-American. Three of those teams (Chicago State, Savannah State, Texas Pan-Am) are the forgotten children of Division 1 as Independents, so it's not as if Northwestern has faced a murderer's row of opponents. Maybe Northwestern's best effort came all the way back in the season opener when Stanford, currently ranked 7th at 20-4, came to Evanston to match SAT scores. The Wildcats played the Cardinal to an 11 point game and were actually tied with 10 minutes to go, so they do have some fight in them.

Who is dangerous for the Wildcats:

Kevin Coble has been a very nice story for the Wildcats. After taking the first nine games of the season off to help is mother battle cancer he has returned to lead the Wildcats in scoring at 15.5 points per game. He's a versatile player at 6'8" 190 lbs. that has had some very big games for the Wildcats. Against Michigan earlier this year He shot 14 for 18 from the field on his way to a 34 point night against the Wolverines, but they still lost by 10. In his last game Ohio State limited him to just four points in 36 minutes. In their Princeton-style offense he is very good at backdoor cuts plus he can shoot the 3-pointer. As a team Northwestern does shoot the 3-pointer very well, hitting just over 36% of their shots from long range.

Guards Craig Moore and Michael Thompson are also averaging in double figures for the Wildcats. Moore is a saavy player that is in his third year in the system at Northwestern, while Thompson is a very promising freshman. Thompson is the team's leader in assists at 4.6 per game. This is key since the style of offense lends itself to high assist totals. Outside of these three guys there isn't a ton of scoring, but that is to be expected since the Wildcats often post low offensive numbers.

What not to fear from Northwestern:

If we cannot outrebound this team we have serious problems. We currently sit 10th in the league in rebounding a 36 per game. As bad as that is, there is still only a 6 rebound between us in 10th place and Michigan State in first place. Sitting in 11th is Northwestern at a dismal 27.3 boards per game. This is a team that has shown consistently that they cannot rebound while we have at least been up and down in that department. Our effort against Michigan State was much better, and we should be dominant on the glass on Saturday. As bad as they are rebounding they are even worse on the offensive glass. At little more than 6 offensive rebounds per game the offer themselves very few second chances.

Surprisingly Northwestern is not the lowest scoring team in the league. Iowa currently holds that honor well behind the Wildcats by more than 7 points per game. Defensively it is another story, however, as Northwestern gives up more points per game than everyone except Michigan. They also have the worst field goal shooting defense in the league, allowing their opponents to hit almost 50% of their shots.

We have continued to win game after game when we haven't shot the ball well or rebounded well. Neither of those two should be a problem on Saturday. Honestly our only concern should be not falling asleep against the Princeton offense. Chris Kramer said this week that their offense works entirely opposite of our defensive principles, so this could be a cause for concern. While we have been a good defensive team so far, we must hold our concentration against an offense that is built around working the shot clock and waiting for a small lapse before striking. We have not seen anything like this all season and won't until we play them again in Mackey Arena, so we must be on guard.

Of course, the same is true for every other Big Ten team the Wildcats have faced this year and they have been handled easily. This is the type of game where, if we are indeed the best team in the Big Ten, we also should have no problem coming up with the win. We simply are too disciplined and too talented to drop a game like this unless we just completely take the day off. We may struggle early as we figure out their offense, but it should be smooth sailing.

Patience will be a big key in this one, both on the offensive and defensive end. Northwestern is a team that can turn two of our weaknesses (rebounding and shooting) into strengths, so logic dictates that if we can continue being strong in the aspects of our game that have been strong we should win in a walk. We need to have an attitude of taking care of business. This game counts just as much as the Indiana game, and since it is first it needs our total attention. I know coach Painter will stress this, but it is very hard not to look at their record and already chalk up a win.

I am also excited at the return of Scott Martin, and I am glad he gets a game to get his feet back under him before the showdown in Bloomington. It also allows us to get back into our rotations and allow him to work his way back into the flow of the offense. Finally, if things go as expected we should be able to get a few minutes for the bench guys of Reid, Sutor, Riddell, Mocas, and Wohlford. It's not much, but every minute of live action these guys see, no matter how meaningless, is important. You never know when you'll need one of them to do something in a big game even if only for a few possessions. I'd rather have them ready than not. Unless we completely fall apart, we will win big. Purdue 74, Northwestern 58

Finally today, I post a question based on my review of the Michigan State game. Specifically, this regards the comment about Robbie Hummel and the current Boiler basketball team reaching dead hooker in the truck status. I was having lunch today with a good friend and fellow Boilermaker alum who regularly reads the blog here. He posed a question in regards to Drew Brees being allowed two dead hookers. Is he allowed two at one time or two separate incidents, and which is worse? We both agreed two separate incidents is worse and needs more leeway since the person in question wouldn't have learned from the first one. Maybe my friends at Boiled Sports have other thoughts on this, but I propose the following in terms of needing the most leeway to least:

Also, would there be different levels right now since it is a team honor? Is Hummel allowed a high class hooker while a player not playing as well, like Crump, can only be allowed a common crack whore? So many tough questions. I hope you had a laugh this Friday afternoon.