I was originally going to theme this week’s power rankings with an Oscar theme, but then I realized two things: 1. It is way overdone, and 2. ESPN beat me to the punch with their "Stanley’s" this weekend. At this point it is very heard to call a number one team in the power rankings since there is no real separation among the top three teams. Michigan State will have their say this week with games against Wisconsin and Indiana, but until then the teams are virtually tied. I guess you could drop Purdue back a bit because they are the only one that has lost a game outside of the top 3, but you can also drop Indiana for nearly losing to Northwestern. The argument for dropping Purdue can be refuted by saying they have the best record against the top 3.

So I was looking for another theme this week and decided to keep with the movies. I feel the need to appeal to my inner geek, so I am going to make this a Star Wars themed Power Rankings.Sure, it is also overdone, but not as recently as the Oscars so it seems more fresh. Personally, I don’t care if I am 28 years old and I still read Star Wars novels. Everyone has their addictions, and at least mine is better than crack. The force will be with these Power Rankings, as dark side (Indiana) is already clouding things at the top.

1. (1) Purdue (21-6, 12-2) – Luke Skywalker – Purdue hangs on to my top spot by the smallest of margins. Much like the Hoosier Report had in its rankings, Purdue stays because they are the only team in the top 3 still unbeaten at home. I felt like taking it easy on Tom at Gopher Nation too by not having a 3-way tie at number 1 and screwing up the group’s overall rankings. Purdue’s long winning streak was finally broken at Indiana in one the worst games the Boilers have played all season. Purdue shot very poorly against the Hoosiers, and couldn’t take full advantage of the turnovers they caused. The comparison to Luke is apt because they are still young and slightly reckless, but they are also wise beyond their years. There is some question as to if they can handle the responsibility of being Big Ten champ in the tournament, but Luke did just fine against the Emperor and Vader. The Boilers should as well. 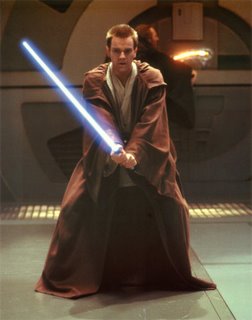 2. (2) Wisconsin (23-4, 13-2) – Obi-Wan Kenobi – The Badgers are very slightly behind Purdue right now based only on the season sweep by Purdue. I still think all three teams are very even at this point in the season, but with a gun to my head I would go with my alma mater or Wisconsin instead of Indiana. The Hoosiers simply have too many issues right now and eventually it is going to catch up to them. I compare the Badgers to Obi-Wan because both quietly go about their business, but they are very good at what they do. Wisconsin never panics, they never feel like they are in over their heads, and they often win when the odds are against them. The same can be said for Obi-Wan, as he gave up to Vader in Episode IV rather than be truly defeated. The Brian Butch game-winner at Indiana was like Obi-Wan killing General Grievous with a blaster. 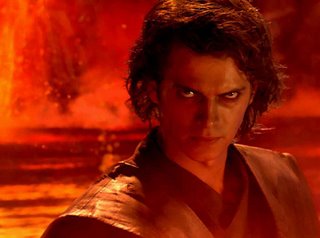 3. (3) Indiana (23-4, 12-2) – Darth Vader/Anakin Skywalker – Indiana is probably has the best mix of talent and experience in the entire league right now. In reality they are a freak shot by Brian Butch away from being undefeated at home and winning four games under the toughest off the court circumstances imaginable. There is virtually no separation right now between them and both Wisconsin and Purdue, and I feel if it were a true round-robin it is entirely possible they could beat Purdue in West Lafayette, but split with Michigan State like the Boilers have. If Wisconsin were to do the same they would all be totally equal. I reserve the Vader/Anakin role for them because they have enormous talent, but with the way many players are backing Kelvin Sampson it is like they have turned to the dark side. I am sorry, but writing someone’s initials on your shoe should be reserved for death/serious illness-type of support, not when your cheating coach gets caught and still manages to leave town with $750,000. It is almost like they don’t care that the reputation of a clean, respectable program is tarnished forever. 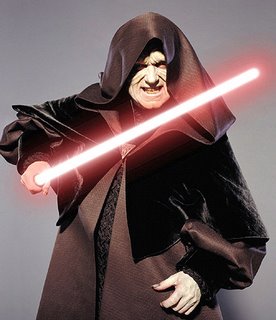 4. (4) Michigan State (22-5, 10-4) – The Emperor – Ultimately, they are not going to win the Big Ten because of the earlier losses to Iowa and Penn State. The Spartans still hold a frightening amount of power in the race with the games against Wisconsin and Indiana this week. Many analysts also think this is still a team that is a danger to make the Final Four, and why not? Duke was a shoe-in a week ago to be a number one seed, but they fell to Miami and Wake Forest to show their vulnerability. Even unbeaten Memphis dropped one at home this weekend, albeit to a very, very good Tennessee team. Just like how the Emperor subtly took over the Galaxy, everyone should be afraid of the experienced and well-coached Spartans sneaking up on them. They are starting to play very well.

5. (6) Minnesota (17-9, 7-7) – Han Solo – Aside from the Illinois game, the Gophers have been much like Han in that they beat who they are supposed to beat, but when they step up against one of the better teams in the conference they have often have their hands full. Minnesota is beginning to have a bit better of an NCAA case for themselves, but in order to do so they have to get at least one big win down the stretch. If they win their last four (at Purdue, Ohio State, at Indiana, at Illinois) they would be 21-9 and 11-7 in the Big Ten. That could certainly be enough for them to leapfrog Ohio State and snag the fifth bid for the conference. Even winning three of four may be enough if they have a good run in Indy. They have played some of the conference powers well, so it’s not entirely out of the question. 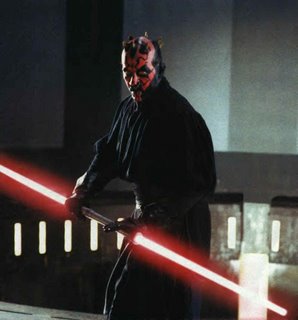 6. (5) Ohio State (17-10, 8-6) – Darth Maul – The Buckeyes had a bunch of flashy wins outside the conference, but they have been double teamed (ala Obi-Wan and Qui-Gon) by the conference powers of late. Their loss on Sunday and dismal second half effort certainly looked like they had been cut off at the waist. They certainly control their own destiny when it comes to making the NCAA’s, but they probably have to win at least two of their last four. With the way they have been playing lately that is a pretty tall order to ask. I don’t think they get in with an 18-13 overall record and 9-9 in the conference, especially if Minnesota passes them.

7. (7) Michigan (9-18, 5-10) – Lando Calrissian – Lando likes to play it fast and loose with the rules, just like Michigan did in the late 90’s. As a result, they think they are pretty smooth, but they are trying to work themselves out of quite a mess. Lando also had nothing early on in the saga, but played a big role late. Such is the case for Michigan as it has been playing very good basketball recently. The Michigan blogs openly wondered if this Michigan team would beat anyone but Northwestern this year, but now with a weak finishing slate outside the Purdue game they can get a pretty good seed (for them) in the Big Ten tournament. They may even win a game and stay around for a few days.

8. (10) Iowa (12-16, 5-10) – Chewbacca – What would a Big Ten power rankings list with a Star Wars theme be without Chewbacca? Chewie is a fan favorite, he’s furry, and you don’t want to piss him off. The same can be said for Iowa after they thumped Michigan State earlier in the year. Sparty got revenge this past Saturday, but the damage had already been done by then. I put the Hawkeyes here almost by default because they don’t quite suck as much as the teams below them. I still think they can be a dangerous team, especially in Indianapolis, but now they must win their last 3 games plus at least two in the Big Ten tournament to get an NIT bid.

9. (8) Penn State (12-14, 4-10) – The Wampa Ice Creature – Penn State was very dangerous and would probably be having a pretty good season if not for the loss of Geary Claxton. The same can be said of the Wampa. He was a badass until Luke chopped off his arm. After that he was still dangerous, but not as much for obvious reasons. I still don’t think Penn State is a very good team without Claxton, but there is just enough there that with one more upset in the last four games, be it against Indiana or Wisconsin, they can greatly help Purdue while getting themselves in position for an NIT bid. Even then they would have to win a game in Indianapolis to do so. 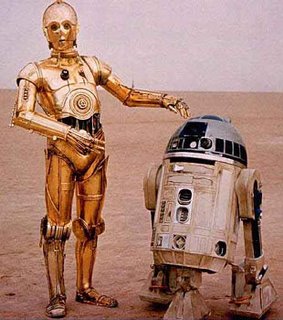 10. (11) Northwestern (7-18, 0-14) – C-3PO – The Wildcats move out of the cellar this week based on their two near misses. I don’t care what Indiana was going through, they have enough talent that they should beat Northwestern by 20 every time. I will give a ton of credit to the Wildcats for sticking around and nearly pulling off one of the biggest upsets in Big Ten history. Like C-3PO they are smart and fluent in many forms of communication, but no one really listens to them. Threepio isn’t especially dangerous to anyone, but he has had a few moments just like Northwestern did on Saturday night. They may not win a game, but they have been playing much better of late and Kevin Coble deserves a special mention for his explosive performance against the Hoosiers. 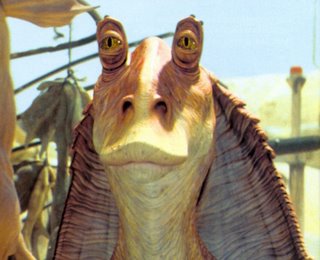 11. (9) Illinois (11-17, 3-12) – Jar Jar Binks – Aside from the Minnesota win, Illinois has been absolutely horrendous of late. Not only that, many people just wish Bruce Weber would shut up like most Star Wars fans wished Jar Jar would shut up in Episode I. Now that Brian Randle is done for probably the season they seem to have no other redeeming qualities, which is another trait they share with Jar Jar. I have gone to bat time and again for Illinois this season, but I will do so no longer after they simply refused to beat Indiana or Wisconsin. They have screwed up more wins by dumb plays and missed free throws than I have ever seen in a team, much like Jar Jar in starting the Clone Wars.